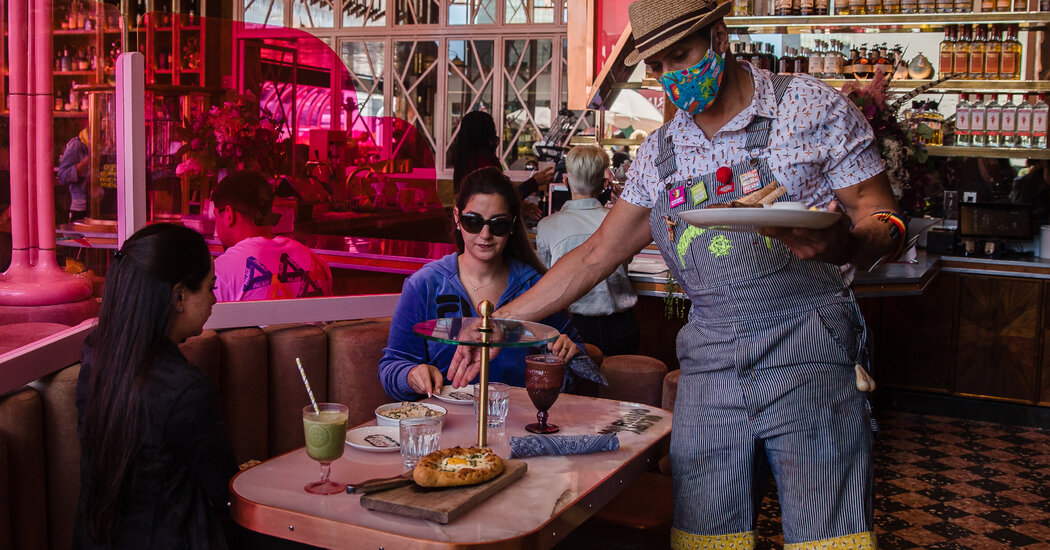 The first-quarter economic recovery, when the economy expanded 1.6 percent, was powered by spending. Specifically, by spending on stuff.

Consumer spending rose 2.6 percent in the first three months of the year, with a 5.4 percent increase in spending on goods accounting for most of the growth. Americans ramped up spending on cars, furniture, recreational vehicles and other long-lasting items, as well as on clothes and food. Spending on services, which has slumped throughout the pandemic, rose by a more modest 1.1 percent.

Services spending is likely to pick up in the second quarter, as the acceleration of the vaccine rollout allows more Americans to return to restaurants, airplanes and other activities that they avoided during the pandemic. The data released Thursday by the Commerce Department largely predates that surge.

What the first-quarter data does capture is the impact of two rounds of relief checks from the federal government. After-tax personal income, adjusted for inflation, jumped 12.7 percent in the first quarter, with the government payments accounting for most of the increase. There was a similar jump in income when the first round of relief checks hit last year, which was followed by a similar surge in spending on goods.

He said he expected goods spending to ease in the second quarter as services spending begins to rebound more strongly.

Americans still have plenty of cash to spend. Households were sitting on a collective $4.1 trillion in savings in the first quarter, up from $1.2 trillion before the pandemic began — although such aggregates can obscure the fact that many families have seen their finances wiped out by the crisis.

You were seeing double this week: A spectacular $54 million compound featuring two equally luxurious mansions separated by a private lake in Southwest … END_OF_DOCUMENT_TOKEN_TO_BE_REPLACED

Taylor Heinicke #4 of the Washington Football Team celebrates after defeating the Seattle Seahawks at FedExField on November 29, 2021 in Landover, … END_OF_DOCUMENT_TOKEN_TO_BE_REPLACED

Members of the Ukrainian Police force, Larisa, 31, and Roman, 30, get married at a wedding hall at an expo center in Kyiv, Ukraine, on … END_OF_DOCUMENT_TOKEN_TO_BE_REPLACED