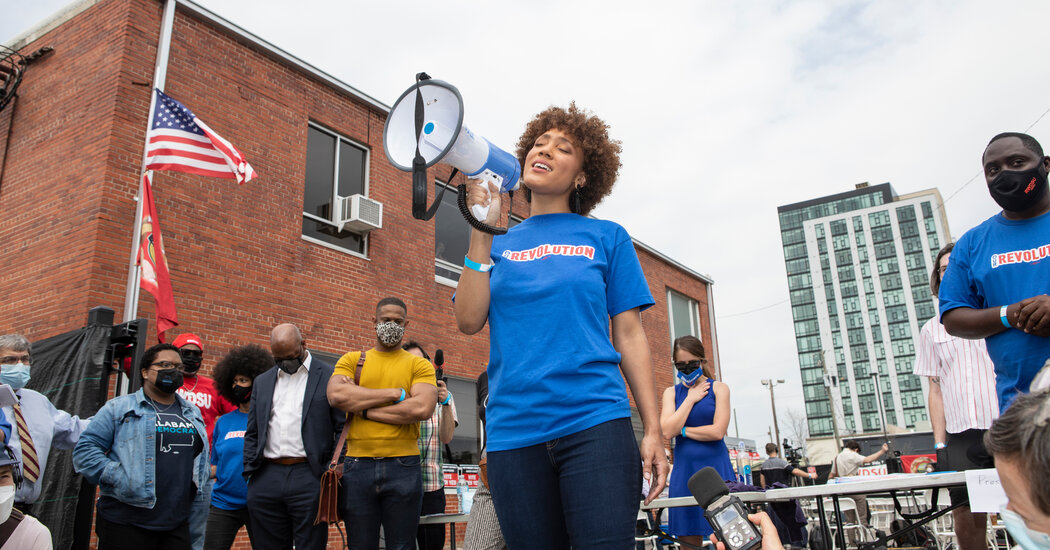 SEATTLE — By the end of Monday, thousands of yellow envelopes mailed to a squat brick building in Birmingham, Ala., will hold the fate of one of the most closely watched union elections in recent history, one that could alter the shape of the labor movement and one of America’s largest employers.

The envelopes contain the ballots of workers at an Amazon warehouse near Birmingham. Almost 6,000 workers at the building, one of Amazon’s largest, are eligible to decide whether they form the first union at an Amazon operation in the United States, after years of fierce resistance by the company.

The organizers have made the case in a monthslong campaign that Amazon’s intense monitoring of workers infringes on their dignity, and that its pay is not commensurate with the constant pressure workers feel to produce. The union estimates that roughly 85 percent of the work force at the warehouse is Black and has linked the organizing to the struggle for racial justice.

Amazon has countered that its $15 minimum wage is twice the state minimum, and that it offers health insurance and other benefits that can be hard to find in low-wage jobs.

stopped construction on an office tower when Seattle wanted to tax the company, and backed out of plans to build a second headquarters in New York City after facing progressive opposition.

But the company has committed more than $360 million in leases and equipment for the Bessemer warehouse, and shutting down the vote of a large Black work force could publicly backfire, said Marc Wulfraat, a logistics consultant who closely tracks the company.

Regardless of the outcome, Mr. Wulfraat said that the election is a sign Amazon has work to do. “For most companies that end up with labor organizing in some capacity,” he said, “it didn’t come about because they were doing a fantastic job managing people.”

If the union loses, Amazon will lose at least one customer: Michael Render, the rapper who goes by Killer Mike. Appearing alongside Mr. Sanders on Friday, he said, “If that vote does not go through, if these conditions do not improve, I won’t be ordering from Amazon again.”

An affordable center-chimney Colonial in Glastonbury, CT, is the oldest property to hit the market this week on Realtor.com®.Offered at a steep … END_OF_DOCUMENT_TOKEN_TO_BE_REPLACED

Nissan was one of the early pioneers of the electric car. The Leaf has now sold over 600,000 units worldwide since its launch in 2011 and is still … END_OF_DOCUMENT_TOKEN_TO_BE_REPLACED

RUDNE, Ukraine — Yurii Brukhal, an electrician by trade, didn’t have a very dangerous role when he volunteered for Ukraine’s territorial defense … END_OF_DOCUMENT_TOKEN_TO_BE_REPLACED