A group of teenagers serving as ‘Covid-19 Student Ambassadors’ joined Governor Gretchen Whitmer to receive a dose of the Pfizer Covid vaccine at Ford Field during an event to promote and encourage Michigan residents to go and get their vaccines on April 6, 2021 in Detroit, Michigan.

The United States is maintaining a pace of 3 million reported vaccinations per day, as the country marches toward President Joe Biden’s goal of 200 million shots given in his first 100 days as president.

More than 195 million shots have been reported administered since Biden’s inauguration as of Monday, with 11 days remaining in the 100-day period.

The Biden administration had initially announced a target of 100 million shots during that period — reached after 58 days of the presidency. Biden announced the new goal on March 25, at which point the country had ramped up the vaccination campaign to 2.5 million shots per day and was already on pace to hit the 200 million mark.

At the current vaccination pace, the final tally of shots given during Biden’s first 100 days would land closer to 230 million.

On Monday, Biden announced that all U.S. adults are now eligible to receive a Covid vaccine.

With 2.2 million vaccinations reported administered Monday, the U.S. is now averaging 3.1 million reported shots per day over the past week, according to Centers for Disease Control and Prevention data.

The pause on the use of the Johnson & Johnson vaccine remains in place. The single-shot inoculation has made up 7.9 million of the 212 million total shots administered to date, according to the CDC, and is responsible for about 9% of Americans who are fully vaccinated.

About 40% of the U.S. population has received at least one dose of a Covid vaccine, and 26% is fully vaccinated.

CDC data shows that more than half of those 18 years and older, and 80% of those 65 and older, are at least partially vaccinated.

The U.S. is reporting about 67,100 daily new infections, based on a seven-day average of data reported by Johns Hopkins University. That figure is far below the nation’s winter peak, when average daily case counts topped 250,000 per day, but more in line with numbers seen during last summer’s surge.

Average daily case counts are on the rise in 19 states and Washington, D.C.

The seven-day average of daily Covid-19 deaths in the U.S. is 714, and the nationwide death toll has surpassed 567,600 since the start of the pandemic.

Daily Covid deaths have been trending downward from the pandemic’s peak winter levels in recent months. 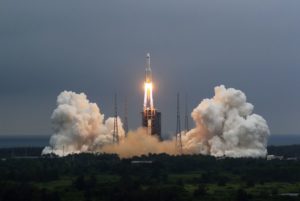 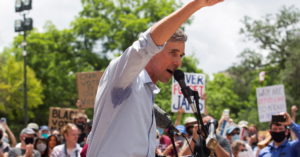 Critics have assailed the voter measures as comparable to the abuses of Jim Crow, an era in which the white political power structure in Texas and … END_OF_DOCUMENT_TOKEN_TO_BE_REPLACED

INDIANAPOLIS, IN - JANUARY 09: Head coach Nate Bjorkgren is seen during a timeout during the game ... [+] against the Phoenix Suns at Bankers Life … END_OF_DOCUMENT_TOKEN_TO_BE_REPLACED