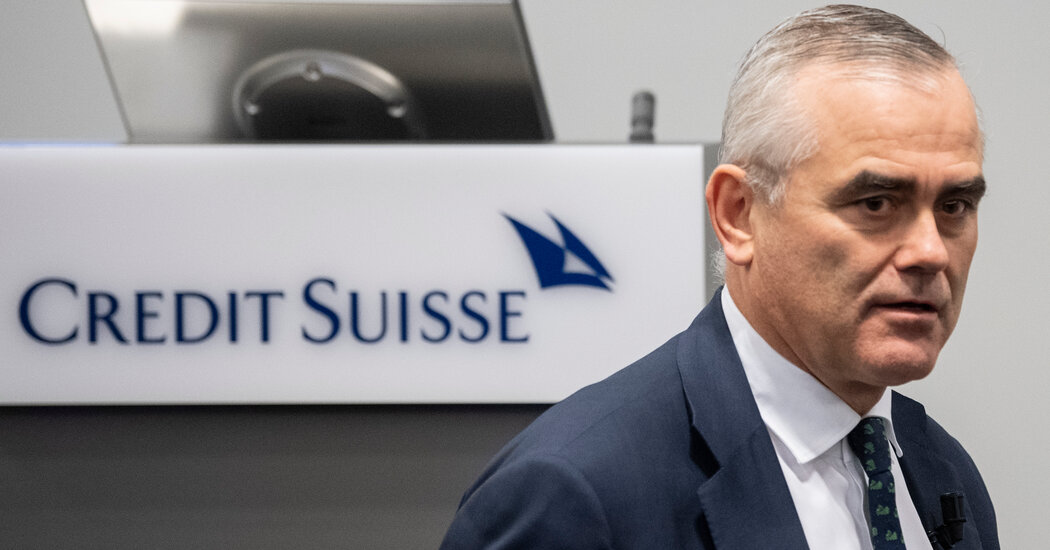 Credit Suisse said on Thursday that it suffered a loss in the first quarter stemming from loans it made to the collapsed investment fund Archegos Capital Management, a debacle that has prompted Switzerland’s financial regulator to investigate whether the bank was doing a poor job monitoring the riskiness of its investments.

The loss of 252 million Swiss francs, about $275 million, from January through March came after a loss of 4.4 billion francs from Archegos that wiped out a big increase in revenue. Credit Suisse also said on Thursday that it had sold bonds to investors to raise $2 billion to shore up its capital.

The bank expects additional losses from Archegos of about $655 million as it finishes winding down its exposure to the firm, Thomas Gottstein, the chief executive of Credit Suisse, said during a conference call with reporters Thursday.

The bank, based in Zurich, has suffered a series of calamities this year that have severely damaged its reputation and finances. Swiss regulators are also investigating a spying scandal and Credit Suisse’s sale of $10 billion in funds packaged by Greensill Capital. The funds were based on financing provided to companies, many of which had low credit ratings or were not rated at all. Greensill collapsed in March, and its ties to former Prime Minister David Cameron of Britain have caused a political scandal.

Finma, said it would “investigate in particular possible shortcomings in risk management” at Credit Suisse. Finma also said it would “continue to exchange information with the competent authorities in the U.K. and the U.S.A.”

The quarterly loss, which Mr. Gottstein described as “unacceptable,” compared with a profit of 1.3 billion francs in the first quarter of 2020.

AUSTIN, Texas--(BUSINESS WIRE)--As the first multifamily management company to be recognized in the Public Relations and Marketing Excellence Awards, … END_OF_DOCUMENT_TOKEN_TO_BE_REPLACED

There have been whispers of cooling housing and rental prices in the San Francisco Bay Area, but that hasn't yet translated into practical, noticeable … END_OF_DOCUMENT_TOKEN_TO_BE_REPLACED

Cars pass in Independence Square at twilight in Kyiv, Ukraine, Monday, Oct. 31, 2022. Rolling ... [+] blackouts are increasing across Ukraine as the … END_OF_DOCUMENT_TOKEN_TO_BE_REPLACED