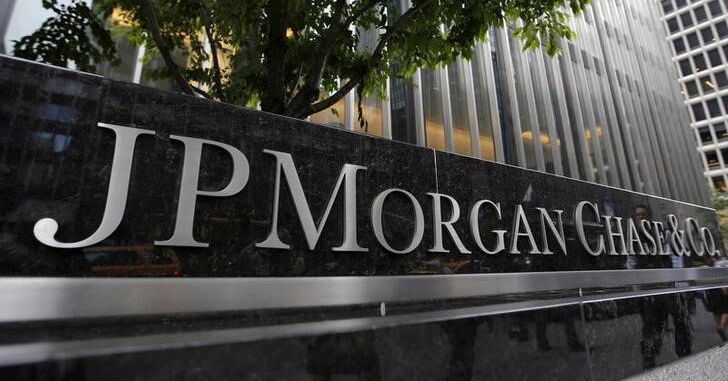 File Photo: A view of the exterior of the JP Morgan Chase & Co. corporate headquarters in New York City May 20, 2015. REUTERS/Mike Segar

NEW YORK, March 17 (Reuters) – Coupon payments on Russian sovereign bonds due this week were received by correspondent bank JPMorgan (JPM.N), processed and the bank then made an onwards credit to the paying agent Citi (C.N), a source familiar with the situation said on Thursday, an indicator that the country may have averted default.

Russia said on Thursday it had made debt payments that were due this week. Russia was due to pay $117 million in coupon payments on Wednesday on two dollar-denominated sovereign bonds and some creditors had received payments, market sources separately told Reuters, also indicating it avoided what would have been its first external bond default in a century. read more

The payments were widely seen as the first test of whether Moscow would meet its obligations after Western sanctions hobbled its financial dealings.

The source said that JPMorgan’s obligation as a foreign correspondent bank was to process payments, but that given the circumstances, also to check with authorities before doing so.

Sanctions imposed over Moscow’s invasion of Ukraine have cut Russia off from the global financial system and blocked the bulk of its gold and foreign exchange reserves, while Moscow has in turn retaliated – all of which complicate payments.

Under the sanctions and restrictions announced last month, in response to Russia’s invasion of Ukraine, U.S. banks were prohibited from correspondent banking – allowing banks to make payments between one another and move money around the globe – with Russia’s largest lender, Sberbank, within 30 days. Washington and its partners also started barring some Russian banks from the SWIFT international payment system – a step that will stop lenders from conducting most of their financial transactions worldwide. read more

A March 2020 report by the Bank for International Settlements showed that correspondent banks have been “paring back their cross-border banking relations for the past decade.” The number of correspondent banks fell by 20% between 2011 and 2018, even as the value of payments increased, the report said.

The Bay Area is the last place in the U.S. with rental prices below pre-pandemic levels, according to a new report from Apartment List. That seems … END_OF_DOCUMENT_TOKEN_TO_BE_REPLACED

BUCHA, Ukraine — A breeze rustles through the cherry blossoms in bloom on almost every block in this small city, the white petals fluttering onto … END_OF_DOCUMENT_TOKEN_TO_BE_REPLACED