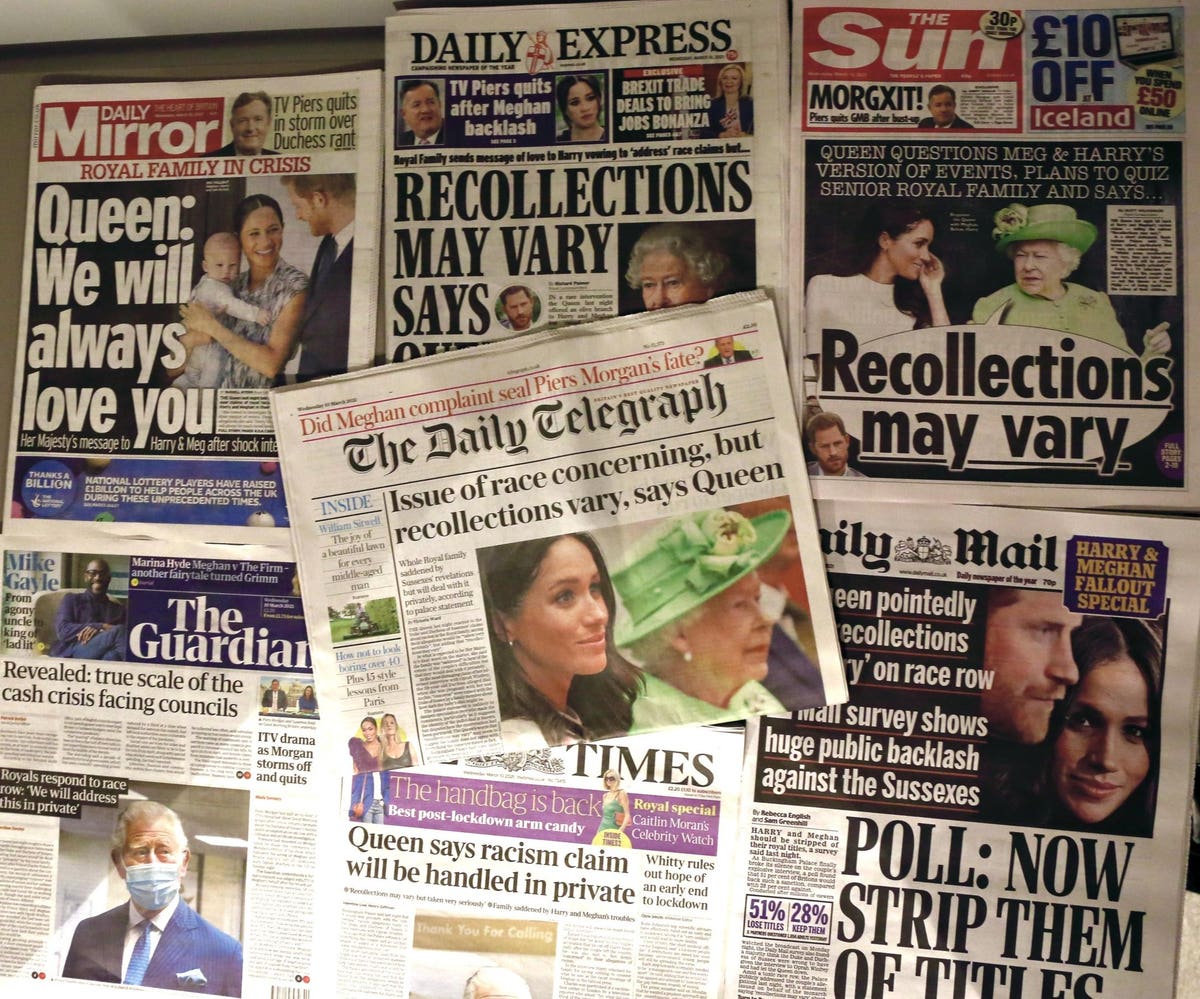 “I acknowledge some of the things I have said have been misinterpreted as an unwanted flirtation.”

“The issues raised, particularly that of race, are concerning.”

Those two statements, very much in the news these days, share a common grammatical structure: they are composed in the passive voice. The doer of the action is not stated. Andrew Cuomo, under fire by women who have accused him of sexual harassment, did not say who misinterpreted the things he said. Queen Elizabeth and the royal family, under fire by Meghan, Duchess of Sussex who accused them racial prejudice, did not say who raised the issues or who was concerned.

The Governor and The Queen defaulted to the same trope many other public figures often use to avoid blame or responsibility, or to soften the blow of an embarrassing situation. One the most notable was Ronald Reagan who, when referring to the botched Iran-Contra scandal in his 1987 State of the Union Address, said:

“We did not achieve what we wished, and serious mistakes were made in trying to do so.”

He did not say who made the mistakes. Former presidential speechwriter and New York Times columnist William Safire characterized the “mistakes were made” phrase as “A passive-evasive way of acknowledging error while distancing the speaker from responsibility for it”—the polar opposite of Reagan’s predecessor, Harry Truman, whose desk famously displayed a nameplate that read, “The buck stops here.”

In some walks of life, the passive voice serves a positive purpose: In genteel society, the form avoids conflict and accusations: “an offense was taken,” or “feelings were hurt.” In science, it avoids bragging and adds objectivity: “studies were conducted,” “observations were made,” “results were obtained.”

Therein lies a problem. When scientists move into business, as so often happens today as technology increasingly drives commerce, the scientists who develop the technology suddenly find themselves having to pitch it.  But having become accustomed to the passive voice, their narratives sound vague and soft: “the market can be served,” “our business plan can be executed,” “our customers’ requirements can be met.”

The problem is that, with the mad bull rush to market, to promote, to go viral, to get airtime, ad space, getting mind share and establishing a brand is a massive challenge. And if the public—and audiences—do not get who is serving the market or executing the business plan or meeting customers’ requirements, as Silicon Valley Venture Capitalist Vinod Khosla puts it: “message sent is not message received.”

This is not meant to be a lesson in syntax, but a lesson in psychology. The difference between the passive voice and the active voice is subtle in grammar, but profound in impact. Avoid the former; use the latter. Put the doer into your sentences.

Chief Covelli said Mr. Crimo planned the shooting for several weeks, but that the authorities had not yet established what his motive was. “We have no … END_OF_DOCUMENT_TOKEN_TO_BE_REPLACED

Kevin McKenzie and Martine van Hamel were standing in the dining room of their weekend house in Woodstock, N.Y., trying to figure out when they got … END_OF_DOCUMENT_TOKEN_TO_BE_REPLACED