People walk by a CVS Pharmacy store in the Manhattan borough of New York City.

CVS Health reported a strong first quarter and raised its full-year forecast, as customers came to its stores for Covid-19 vaccinations, tests and prescriptions.

The company has been a major provider of Covid-19 vaccines and recently began offering same-day appointments for the shots.

Shares of the company were up 3% early Tuesday in premarket trading.

Here’s what the company reported for the fiscal first quarter ended March 31, compared with what analysts were expecting, based on a survey of analysts by Refinitiv:

Excluding items, it earned $2.04 per share, more than the $1.72 per share expected by analysts surveyed by Refinitiv.

Revenue rose to $69.1 billion from $66.8 billion a year earlier. That outpaced analysts’ expectations of $68.39 billion.

It reiterated that its full-year cash flow from operations is projected to range between $12 billion to $12.5 billion.

This story is developing. Please check back for updates. 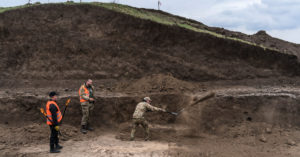 DNIPRO, Ukraine — Belching diesel exhaust, a bulldozer cut into a 4,000-year-old burial mound, peeling back the soil to reveal the mysteries hidden … END_OF_DOCUMENT_TOKEN_TO_BE_REPLACED 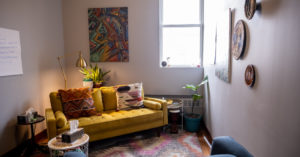 Dr. Lewis said some Black people were experiencing a form of “shared trauma” as a result of the news media’s coverage of the George Floyd case and … END_OF_DOCUMENT_TOKEN_TO_BE_REPLACED 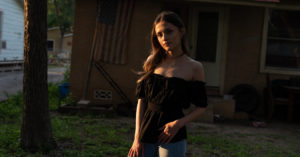 Pauline Rojas’s high school in San Antonio is open. But like many of her classmates, she has not returned, and has little interest in doing so.During … END_OF_DOCUMENT_TOKEN_TO_BE_REPLACED