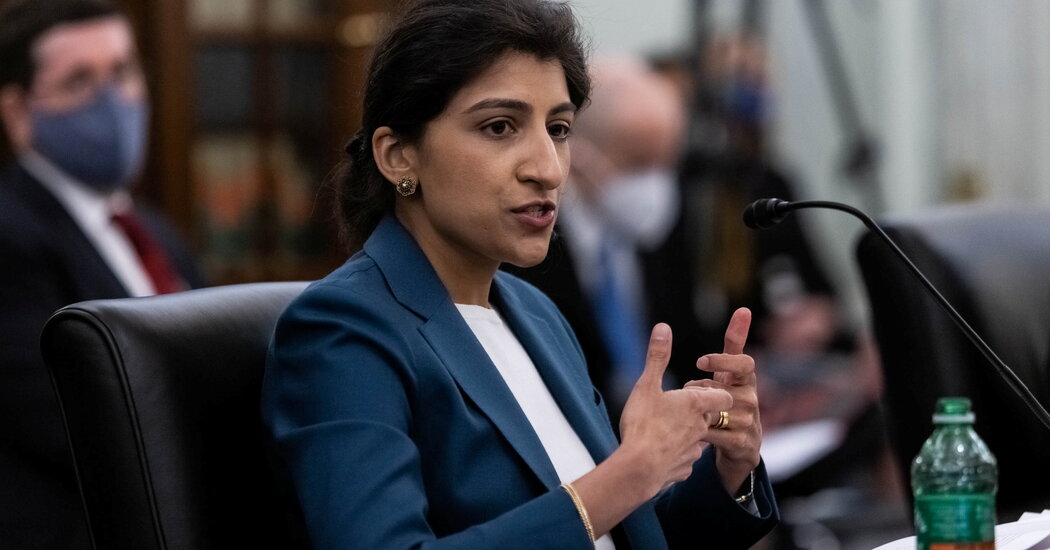 Just about every day now in D.C., lawmakers seem eager to show their might against Big Tech. Yesterday gave them the opportunity to flex their muscles in two high-profile events at the Senate: the confirmation hearing for Lina Khan, a “progressive trustbuster” who was nominated for a seat at the F.T.C., and a judiciary committee hearing about Apple and Google’s control over their app stores. For good measure, a group of seven House Republicans yesterday announced a pledge to no longer take donations from major tech companies.

Here’s what you may have missed on a busy, and bruising, day for Big Tech — and what it means.

Lina Khan said she’d bring her tough-on-tech stance to the F.T.C. Ms. Khan referenced a “whole range of potential risks” she sees in the tech giants, including how they could parlay their dominance in one market into adjacent spaces. She said that when it comes to online advertising, which is fueled by consumer data, “companies may think it’s worth the cost of doing business to risk violating privacy laws.” The Democratic nominee received little pushback on her views during questioning.

At the other hearing, companies complained about Apple and Google. Spotify, which is suing Apple in Europe, said the company blocked it from telling customers that they could find cheaper subscription prices outside its iPhone app. Match Group testified that it now paid nearly $500 million a year to Apple and Google in app store fees, its single largest expense. Tile said Apple boxed out its products and then copied them, referencing the AirTag product Apple unveiled Tuesday.

Google made a questionable call. Match Group’s chief legal officer, Jared Sine, said Google had called the company the night before, after its planned testimony became public, wondering why the comments appeared to be tougher than what Match had said on a recent earnings call. “It looks like a threat, it talks like a threat, it’s a threat,” Senator Richard Blumenthal said. Wilson White, a government affairs official at Google, told senators that Match was an important partner and that Google would never aim to intimidate the company.

sweeping antitrust bill, but a more targeted piece of legislation focusing on app store conduct could go through more easily.

The E.U. plans to clamp down on A.I. Draft rules would set tight limits on the use of the technology, including in self-driving cars, hiring decisions, bank lending, school enrollment and more. It’s one of the most ambitious efforts to regulate A.I. before it becomes mainstream.

India suffers a surge in Covid-19 cases. The country recorded 312,731 new infections in a 24-hour period, the highest one-day level since the onset of the pandemic, raising concerns about its ability to control the coronavirus. Separately, Pfizer said it had identified counterfeit versions of its vaccine in Mexico and Poland.

Credit Suisse is raising nearly $2 billion after two trading scandals. The Swiss bank has been forced to rebuild its balance sheet following the collapse of Greensill Capital and the meltdown of Archegos. Meanwhile, it faces a new inquiry by Switzerland’s financial regulator over potential risk-management faults in its handling of Archegos.

Janet Yellen calls on corporate America to help the U.S. reach its climate goals. The Treasury secretary said the private sector would bear much of the burden of greening the American economy, and said the Biden administration was devising a financial reporting framework to make it easier to invest in assets like green bonds.

barred from the OTCQB over-the-counter market for failing to comply with listing rules. The investor David Einhorn had flagged the penny stock’s puzzling market cap as a sign of a “fractured” market.

Is the SPAC boom over?

Around 100 blank-check funds went public each month in the first quarter of the year. So far in April, you could count the number of those I.P.O.s on two hands. The sudden drop in debuts of special purpose acquisition companies, or SPACs, has market watchers asking whether this is a pause for breath — or a more permanent plunge in popularity.

a statement at the end of last month highlighting “the key considerations related to the unique risks and challenges of a private company entering the public markets through a merger with a SPAC.” Not long after, another note offered “guidance” on some of the trickier accounting issues related to blank-check funds. Neither statement suggested any rule changes, but with Gary Gensler, the S.E.C.’s new enforcement-minded chairman, taking over this week, SPAC sponsors have slowed their roll.

SPACs’ recent performance has also been lousy. Analysts at Goldman Sachs note that a stock price index of 200 SPACs (pre- and post-merger) has badly underperformed the market this year, down 17 percent versus a 10 percent gain in the S&P 500. SPACs have also lagged an index of unprofitable tech stocks, suggesting that investors have particular concerns about SPACs, since plenty of them have acquired other unprofitable tech companies.

But we haven’t heard the last of SPACs. The amount of money these shell companies have raised to date could drive $900 billion in M.&A. activity over the next two years, according to the Goldman analysts. And more than 25 SPACs filed I.P.O. registration documents this month, per SPAC Research, adding to a pipeline of more than 200 others that have disclosed plans to go public but haven’t yet sealed the deal, for whatever reason.

reassessing his approach to life and work has been shared more than 200,000 times.

players, coaches, fans and politicians — as an effort to import American-style competition and economics. Frank McCourt, the American owner of the storied French soccer team Olympique de Marseille, told DealBook that the league — which he publicly denounced — never made sense.

The Super League would have created a closed competition with guaranteed places for 15 clubs, and would have introduced revenue sharing and spending caps. That more closely resembles U.S. leagues like the N.F.L. than the more freewheeling system of European soccer.

“It felt like imposing an American flavor on a different culture,” said Mr. McCourt, who previously owned the L.A. Dodgers before buying control of Marseille (l’OM to its fans) in 2016. JPMorgan Chase’s role in financing the Super League bolstered this notion, though its architect was Florentino Pérez, the Spanish president of Real Madrid.

to drop out. “There is no football without fans,” Mr. McCourt said. “What is their perspective?” (Fan demands are something that he knows well: He met with several earlier this year after supporters stormed Marseille’s training grounds to protest the club’s performance.) 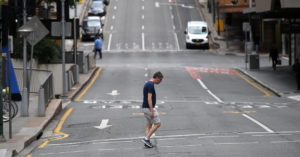 The Australia Letter is a weekly newsletter from our Australia bureau. Sign up to get it by email.I’ve spent the past 24 hours jumping at phone alerts … END_OF_DOCUMENT_TOKEN_TO_BE_REPLACED 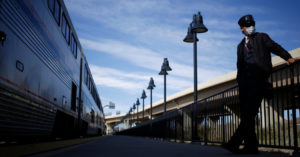 As American companies prepare to bring large numbers of workers back to the office in the coming months, executives are facing one of their most … END_OF_DOCUMENT_TOKEN_TO_BE_REPLACED 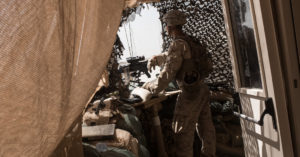 WASHINGTON — In early 2020, members of a Taliban-linked criminal network in Afghanistan detained in raids told interrogators that they had heard that … END_OF_DOCUMENT_TOKEN_TO_BE_REPLACED