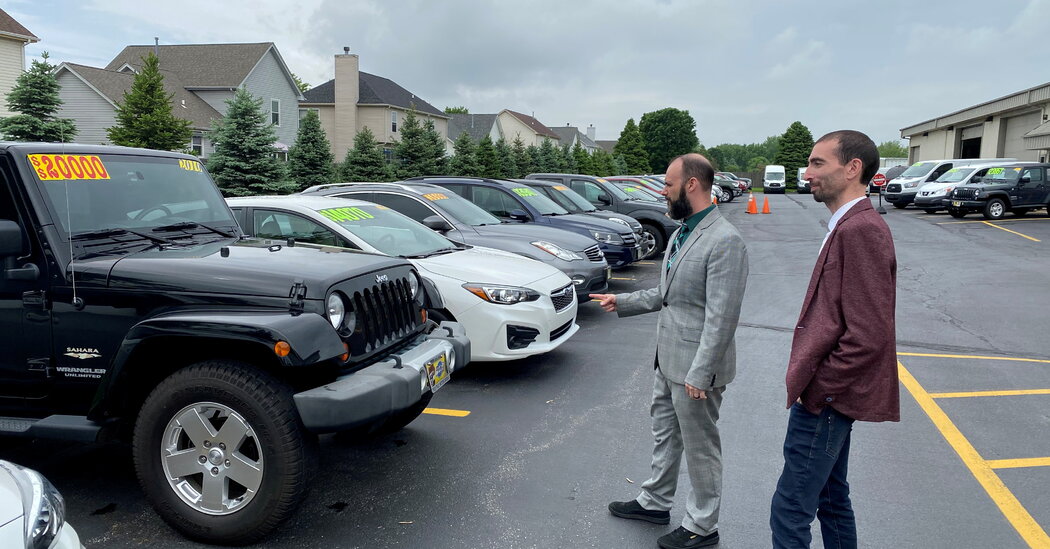 That means it may be challenging to find a new ride with the colors and features you want at a price you can afford, Ann Carrns reports for The New York Times. “It’s harder to get exactly what you want,” said Ivan Drury, senior manager of insights at Edmunds. “Don’t expect heavy discounts.”

So if new cars are too expensive, you can just buy a used car, right?

Yes, but deals may be elusive there as well. Fewer people bought new cars last year, so fewer used cars were traded in. And the short supply of new cars is pushing more buyers to consider used cars, raising those prices, analysts say. The average price paid for a used car is well above $20,000, Edmunds says.

On the plus side, if you have a car to trade in, its value is probably higher, especially if it’s a popular model. The average value for trade-ins, including leased cars turned in early, was about $17,000 in March, up from about $14,000 a year earlier, according to Edmunds. The average age of trade-ins was five and a half years.

Various online services, like Kelly Blue Book, TrueCar and Carvana, will supply a trade-in estimate based on your location and your car’s age, mileage and general condition, and offer more tailored appraisals if you provide details like the vehicle identification number. Some even offer to buy your car outright.

MIAMI--(BUSINESS WIRE)--Intelli Smart Homes, the leading smart home technology company, has been recognized as one of America’s fastest-growing … END_OF_DOCUMENT_TOKEN_TO_BE_REPLACED

Customers outside a Walmart store in Torrance, California, US, on Sunday, May 15, 2022. Walmart Inc. is scheduled to release earnings figures on May … END_OF_DOCUMENT_TOKEN_TO_BE_REPLACED

The past few years have been brutal on homebuyers' budgets. Would-be buyers have been priced out of some of the most desirable neighborhoods thanks to … END_OF_DOCUMENT_TOKEN_TO_BE_REPLACED