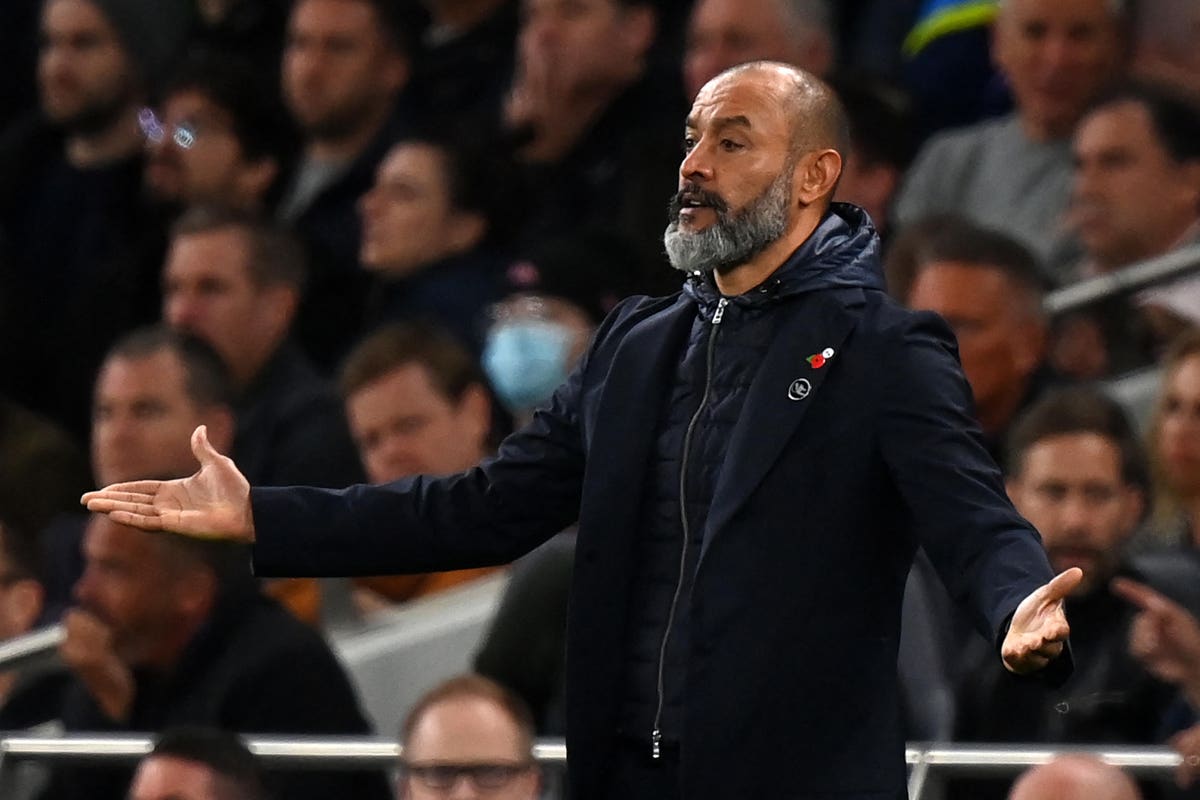 As the final whistle sounded to mark the end of Tottenham Hotspur’s 3-0 defeat at home to Manchester United, boos rained down from the stands.

This was a successive league defeat for Spurs and the club’s fifth from the opening 10 matches of the Premier League season. Only four clubs have conceded more goals than the 16 Spurs has. The only clubs with a worse goal difference are in the relegation zone.

While the result was obviously disappointing, it was the insipid performance which saw many fans turn on the team. Of those who had not left early, some called for the manager, Nuno Espirito Santo, to be sacked.

This was a Manchester United side that had suffered a humiliating 5-0 home defeat against arch-rival Liverpool last weekend. The manager, Ole Gunnar Solskjaer, is under considerable pressure. For Spurs, then, it was a match that should have been very winnable.

Instead, Nuno’s team put in a performance that seemed to lack a coherent plan. Spurs attacked without direction, reduced to hopeful crosses into the box and passing the ball harmlessly in front of the United defence. That Spurs did not have a single attempt on target sums up how ineffective the team was.

After the match, Nuno admitted the performance was poor.

“We didn’t play good. United were stronger than us,” he said.

“We conceded in poor ways, lost balls, allowed counter-attacks. We couldn’t break them. They were organised. The last pass was never there, the finish was never there. Bad performance.”

Asked about fans booing, he said: “We are not on the right track. This season is part of football. The fans suffer when you’re not performing well. They have showed they’re not happy. We keep on trying.”

Worryingly for Spurs, the lack of direction the team displayed on the pitch seems to be reflective of the club’s overall strategy.

Chairman Daniel Levy deserves a lot of credit for his management of the construction of the club’s new stadium and training ground – both considered among the best in Europe. Since then, however, there have been times it’s been hard to figure out the plan for the future. The protracted search for a manager in the summer became a joke. The soccer Spurs is playing is certainly not the “free-flowing, attacking and entertaining” style Levy promised to bring in.

One month ago, I argued there was little to be gained from sacking Nuno without an adequate replacement lined up. Even after the recent poor displays – including meek defeats to Arsenal, West Ham and now Manchester United – I’m still not convinced it makes sense to sack him unless there is a better candidate available immediately.

Even so, next weekend’s match away at Everton looks crucial for Nuno. Everton has had a similarly uncertain start to the season under Rafael Benitez and lost 5-2 at home to Watford last week. Should Spurs lose, going into a two-week international break, the pressure on Nuno will be huge.

But what options do the Spurs hierarchy have if Levy decides Nuno needs to go?

One would be handing the reigns to Ryan Mason for the rest of the season. He was given the job temporarily after Jose Mourinho was dismissed but remains inexperienced. It is hard to see such a move making a big difference to where Spurs finish this season.

The other option is to try and find a better candidate who actually wants the job. Antonio Conte, who Spurs spoke to in the summer before hiring Nuno, is still without a club. He is reportedly keen to manage Manchester United, but Solskjaer has at the very least bought himself time after yesterday’s win.

Conte supposedly rejected Spurs after the club made it clear he would not be given the funds he felt were needed to rebuild the squad. If there is any room for a compromise, Levy would be well-advised to at least explore it.

Bringing in a coach like Conte could inject the intensity many of the squad are clearly lacking. It could give Spurs a decent chance of at least finishing in the top six and qualifying for Europe next season, before starting a rebuild in the summer.

But there is little to suggest Conte would suddenly want the job now. So, without another impressive candidate becoming available mid-season, Spurs’ season looks like it will continue to drift. On current form, a mid-table finish seems likely. That is not the direction in which Spurs should be heading.

The renowned architect Rex Lotery died in 2007, but his legacy lives on.He designed homes for decades and is best-known for designing a Trousdale … END_OF_DOCUMENT_TOKEN_TO_BE_REPLACED