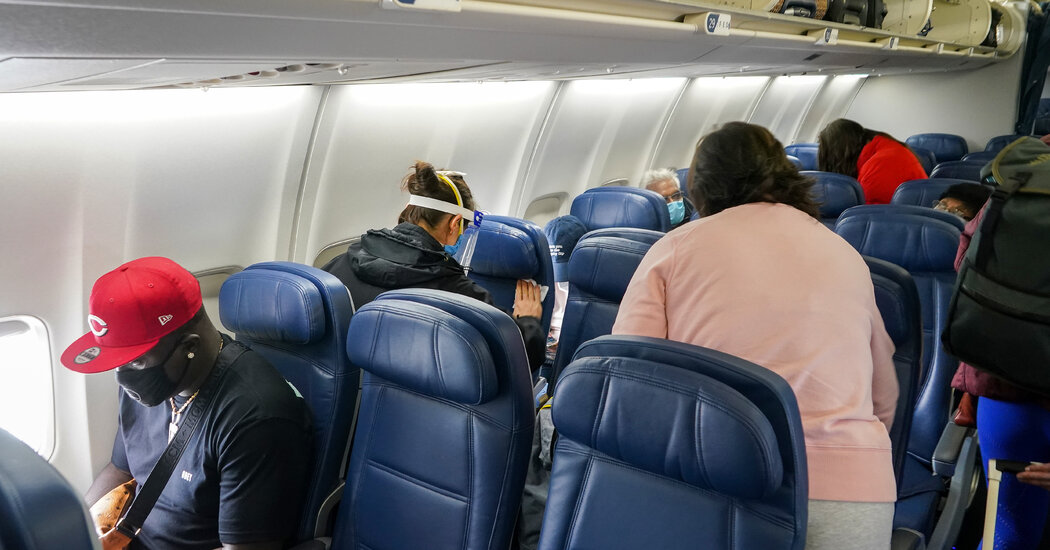 Delta Air Lines said Wednesday that it would sell middle seats on flights starting May 1, more than a year after it decided to leave them empty to promote distancing. Other airlines had blocked middle seats early in the pandemic, but Delta held out the longest by several months and is the last of the four big U.S. airlines to get rid of the policy.

The company’s chief executive, Ed Bastian, said that a survey of those who flew Delta in 2019 found that nearly 65 percent expected to have received at least one dose of a coronavirus vaccine by May 1, which gave the airline “the assurance to offer customers the ability to choose any seat on our aircraft.”

Delta started blocking middle seat bookings in April 2020 and said that it continued the policy to give passengers peace of mind.

“During the past year, we transformed our service to ensure their health, safety, convenience and comfort during their travels,” Mr. Bastian said in a statement. “Now, with vaccinations becoming more widespread and confidence in travel rising, we’re ready to help customers reclaim their lives.”

Dr. Rochelle Walensky, warned of “impending doom” from a potential fourth wave of the pandemic if Americans move too quickly to disregard the advice of public health officials.

Delta also said on Wednesday that it would give customers more time to use expiring travel credits. All new tickets purchased in 2021 and credits set to expire this year will now expire at the end of 2022.

Starting April 14, the airline plans to bring back soft drinks, cocktails and snacks on flights within the United States and to nearby international destinations. In June, it plans to start offering hot food in premium classes on some coast-to-coast flights. Delta also announced changes that will make it easier for members of its loyalty program to earn points this year.

An affordable center-chimney Colonial in Glastonbury, CT, is the oldest property to hit the market this week on Realtor.com®.Offered at a steep … END_OF_DOCUMENT_TOKEN_TO_BE_REPLACED

Nissan was one of the early pioneers of the electric car. The Leaf has now sold over 600,000 units worldwide since its launch in 2011 and is still … END_OF_DOCUMENT_TOKEN_TO_BE_REPLACED

RUDNE, Ukraine — Yurii Brukhal, an electrician by trade, didn’t have a very dangerous role when he volunteered for Ukraine’s territorial defense … END_OF_DOCUMENT_TOKEN_TO_BE_REPLACED