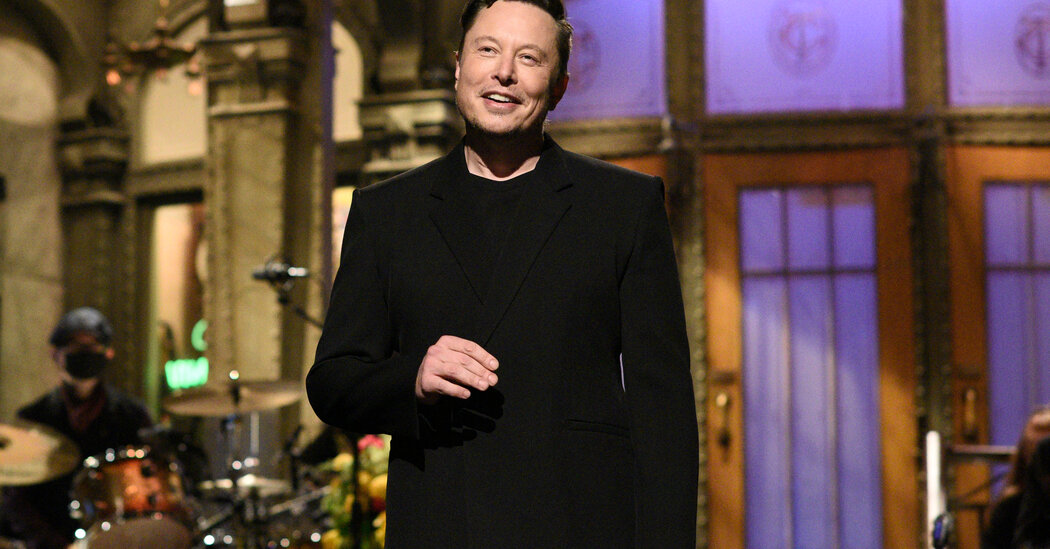 Is Elon Musk really taking Dogecoin to the moon? That’s what the Tesla chief executive has been pledging to do with the jokey cryptocurrency, mostly in terms of cheering on its skyrocketing price. But on Sunday, he tweeted that one of his other companies, SpaceX, is launching a satellite called Doge-1 on a mission paid for with Dogecoin, the DealBook newsletter reports.

Saturday Night Live,” at one point calling the token “a hustle.” Dogecoin, which is based on an internet meme about a Shiba Inu, fell by nearly a third in price on the night of the show. It was such an eventful night for the cryptocurrency that the Robinhood trading app couldn’t keep up. The crypto token is still up more than 10,000 percent in price this year.

SpaceX and Geometric Energy Corporation, a Canadian technology firm, are teaming up to carry a 90-pound satellite on a Falcon 9 moon mission, according to a statement on Sunday. “Having officially transacted with DOGE for a deal of this magnitude, Geometric Energy Corporation and SpaceX have solidified DOGE as a unit of account for lunar business,” said G.E.C.’s chief executive, Samuel Reid. (A company representative confirmed to DealBook that the project was not a joke but declined to explain further.)

growing contingent of lobbyists in Washington and a recent hiring spree of former regulators. This month, the House passed a bill backed by crypto lobbyists to create a working group to examine frameworks for regulating digital assets.

The bill, said Representative Stephen F. Lynch, Democrat of Massachusetts, was a chance “to act proactively toward financial innovation rather than to address gaps in our regulatory framework after the fact.”

The bill is now with the Senate Banking Committee. “Financial regulators have been slow when it comes to protecting consumers from private-sector digital assets that add more risks to our financial system,” Sherrod Brown of Ohio, the committee chair, told DealBook in a statement. He declined to provide a timeline for advancing the legislation.

AUSTIN, Texas--(BUSINESS WIRE)--As the first multifamily management company to be recognized in the Public Relations and Marketing Excellence Awards, … END_OF_DOCUMENT_TOKEN_TO_BE_REPLACED

There have been whispers of cooling housing and rental prices in the San Francisco Bay Area, but that hasn't yet translated into practical, noticeable … END_OF_DOCUMENT_TOKEN_TO_BE_REPLACED

Cars pass in Independence Square at twilight in Kyiv, Ukraine, Monday, Oct. 31, 2022. Rolling ... [+] blackouts are increasing across Ukraine as the … END_OF_DOCUMENT_TOKEN_TO_BE_REPLACED