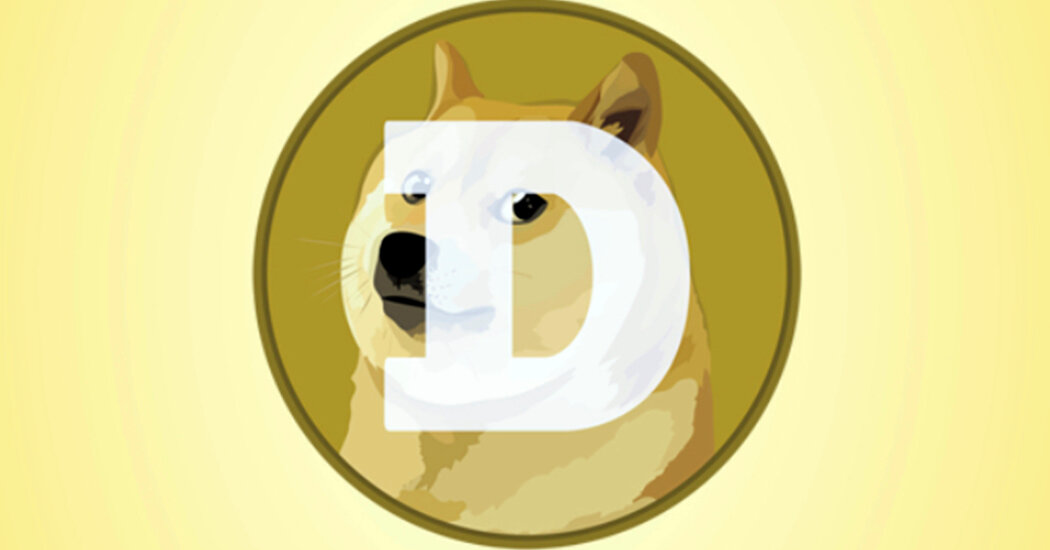 Richard Lenz, a 31-year-old project manager for a hazardous waste removal company in North Ridgeville, Ohio, bought his Dogecoin in March 2014, after a subreddit for NASCAR fans banded together to sponsor the driver Josh Wise using cryptocurrency. (Mr. Wise ended up racing in a Doge-wrapped car.)

“Within a year I was done,” he said. “This was like, literally, just a joke.”

Then, a couple months ago, Mr. Lenz started seeing headlines about Dogecoin’s price surging. He also started getting nervous: He knew he’d stored his coins on his old computer’s hard drive, but he wasn’t sure where that drive was.

“I started looking for it a month, two months ago, and couldn’t find it,” he said. Somewhere, he had $10,000 worth of Dogecoin, then $40,000. “My father was kind of upset,” he said, a feeling that intensified as the price climbed.

Mr. Lenz resigned himself to the fact that his coins were gone. “If God wanted me to have the money, I would have had the money,” he said. Then, on May 7, the day before Elon Musk was slated to host “Saturday Night Live,” he found the drive and sold his coins immediately, for around $70,000. (After “S.N.L.,” where Mr. Musk joked about the currency, the price tumbled.)

Mr. Lenz gave a chunk of the money to his parents and plans to help pay for his sister’s wedding. As for the rest? “I am not kidding you when I say I YOLOed it,” he said, on shares of the hedge fund manager Bill Ackman’s SPAC, Pershing Square Tontine Holdings.

AUSTIN, Texas--(BUSINESS WIRE)--As the first multifamily management company to be recognized in the Public Relations and Marketing Excellence Awards, … END_OF_DOCUMENT_TOKEN_TO_BE_REPLACED

There have been whispers of cooling housing and rental prices in the San Francisco Bay Area, but that hasn't yet translated into practical, noticeable … END_OF_DOCUMENT_TOKEN_TO_BE_REPLACED

Cars pass in Independence Square at twilight in Kyiv, Ukraine, Monday, Oct. 31, 2022. Rolling ... [+] blackouts are increasing across Ukraine as the … END_OF_DOCUMENT_TOKEN_TO_BE_REPLACED