In a 139-page complaint filed in Delaware Superior Court, Dominion’s legal team, led by the prominent defamation firm Clare Locke, portrayed Fox as an active player in spreading falsehoods that Dominion had manipulated vote counts and manipulated its machines to benefit Joseph R. Biden Jr. in the election.

Those claims were false, but they were relentlessly pushed by Mr. Trump’s lawyers, Rudolph Giuliani and Sidney Powell, including during appearances on Fox News programs. In January, Dominion individually sued Mr. Giuliani and Ms. Powell for defamation.

“The truth matters,” Dominion’s lawyers write in the complaint. “Lies have consequences. Fox sold a false story of election fraud in order to serve its own commercial purposes, severely injuring Dominion in the process. If this case does not rise to the level of defamation by a broadcaster, then nothing does.”

Fox News did not immediately respond on Friday to a request for comment.

In February, Fox Corporation filed a motion to dismiss the Smartmatic lawsuit, arguing that the false claims of electoral fraud made on its channels were part of news coverage of a matter of significant public interest. “An attempt by a sitting president to challenge the result of an election is objectively newsworthy,” Fox’s legal team wrote in the motion.

WeWork leases office space and then effectively sublets it to its members. Its heady expansion was fueled by big investments from SoftBank, the Japanese conglomerate that became WeWork’s largest shareholder and rescued the company in 2019 just as it was about to run out of cash.

WeWork said the deal with BowX gives it an equity value of $7.9 billion, far less than the $40 billion value that investors placed on the company in 2019. WeWork will receive $1.3 billion in cash from the deal, including $800 million from Insight Partners, Starwood Capital Group, BlackRock and other investors.

The pandemic emptied WeWork’s offices, and has raised questions about the level of demand for its office space after many people have gotten used to working from home. The company said Friday that memberships fell to 476,000 last year, from 619,000 in 2019.

WeWork says it has improved its cost structure.

“WeWork has spent the past year transforming the business and refocusing its core, while simultaneously managing and innovating through a historic downturn,” Sandeep Mathrani, WeWork’s chief executive, said in a statement Friday.

A company presentation released Friday said WeWork had a net loss of $3.8 billion last year, more or less the same as in 2019. The 2020 loss included a $1.4 billion impairment charge. Last year, WeWork’s operations consumed $857 million of cash, more than the $448 million they used up in 2019.

The path to a deal was cleared last month when Adam Neumann, a co-founder of WeWork, and SoftBank settled a legal dispute. WeWork had called off its I.P.O. in 2019 after investors balked at its losses and criticized its governance practices.

SoftBank has been eager to take WeWork public via a special purpose acquisition company, or SPAC, a route to Wall Street that has become increasingly popular in recent months. As of Wednesday, 295 SPACs had gone public in 2021, raising $93 billion and breaking last year’s record in a matter of months.

Personal income and spending dipped last month as the effects of stimulus checks faded following a big jump in January, but both are expected to rebound as another round of federal payments arrived in March.

The government reported on Friday that personal income fell 7.1 percent in February from the previous month, while consumption dropped by 1 percent. Powered by $600 checks to most Americans from a December relief bill, income in January leapt by 10.1 percent, while consumption rose by 3.4 percent, a figure revised Friday from the originally reported 2.4 percent.

Despite the drop last month, a big pickup is expected in March with the arrival of $1,400 payments to most Americans from the $1.9 trillion relief package signed into law this month.

In the months ahead, most economists expect consumers to return in greater numbers to stores, restaurants and other gathering places as vaccination efforts gather speed and consumers put the stimulus money and lockdown-accumulated savings to work.

“In February, households were waiting for the bigger stimulus check coming in March and there will be a surge in consumer spending, particularly on services,” said Gus Faucher, chief economist at PNC Financial Services in Pittsburgh.

All of the drop in spending last month was for goods, Mr. Faucher noted, as consumers pulled back on buying big-ticket items like automobiles and appliances. Services should benefit in the coming months, he added, as people have more opportunities to go out and life increasingly returns to normal more than one year after the pandemic hit.

“Consumer spending will be very strong for the remainder of this year and into 2022,” Mr. Faucher added. “There’s a lot of money saved up.”

Economists have improved their forecasts for U.S. economic growth, with Bank of America foreseeing a 7 percent increase this year in gross domestic product.

Stocks rose on Friday, along with government bond yields, amid a bout of optimism about the economic recovery.

On Thursday, President Biden said he wanted the United States to administer 200 million vaccines by his 100th day in office, on April 30, a target the country is already on track to meet. The Federal Reserve vice chair, Richard Clarida, pushed back on concerns that the government’s spending plans would fuel higher sustained inflation.

In a victory for financial institutions, the central bank said that pandemic-era rules that restricted share buybacks and dividend payouts by banks would end midway through 2021 for most firms. On the economic front, gross domestic product data for the fourth quarter was also revised slightly higher on Thursday.

The National Labor Relations Board on Thursday upheld a 2019 ruling that Tesla had illegally fired a worker involved in union organizing and that the company’s chief executive, Elon Musk, had illegally threatened workers with the loss of stock options if they unionized.

The board ruled that the worker, Richard Ortiz, must be reinstated with back pay, and that Mr. Musk must delete his tweet. The company must also post a notice committing not to violate labor law in the future and announcing that it will undertake the mandated remedies.

Mr. Ortiz had been visibly involved in union organizing, including distributing leaflets in the parking lot of the company’s plant in Fremont, Calif., before he was fired in October 2017. The company said it fired him because he had posted screenshots of employees’ profiles in an internal platform to Facebook. An administrative law judge ruled that it was in retaliation for his organizing efforts.

The judge also found that the company had illegally issued a warning to another employee for taking the screenshots and sending them to Mr. Ortiz, a ruling that the board upheld on Thursday as well.

In May 2018, Mr. Musk posted his tweet, which included the clause, “why pay union dues & give up stock options for nothing?” Both the judge and the board deemed the post an unlawful attempt to coerce employees by threatening their compensation.

The board went further than the judge’s earlier ruling on some questions, finding that Tesla’s confidentiality agreement, which it required employees to sign, unlawfully prohibited them from speaking with the media about Tesla without authorization even if the material was public. The ruling on Thursday requires the company to amend its agreement.

A one-of-a-kind digital collectible item created out of a New York Times technology column sold for more than $500,000 in an auction, the first such sale in the history of the newspaper.

An image of the column — titled “Buy This Column on the Blockchain!” — was turned into a nonfungible token, or NFT, and sold in a heated auction that brought in more than 30 bids on the NFT marketplace website Foundation.

The NFT, a unique bit of digital code that is stored on the Ethereum blockchain and refers to a 14 megabyte graphic of the column hosted on a decentralized file hosting service, cannot be duplicated or counterfeited, making it potentially valuable for collectors. Some NFTs have sold for hundreds of thousands of dollars in recent weeks, with one such sale — a collection of art by the digital artist Beeple — bringing in more than $69 million at auction.

Along with the token, the winner of the auction — should they choose to identify themselves — will receive additional perks including a voice message from Michael Barbaro, the host of “The Daily” podcast. All proceeds from the auction will be donated to the Neediest Cases Fund, a Times-affiliated charity.

The winner of the auction, an NFT collector who goes by the handle @3fmusic, placed a last-minute winning bid of 350 ether, a digital currency, which translates to roughly $560,000 at Wednesday’s exchange rates. A link on the user’s profile led to the website of a Dubai-based music studio.

@3fmusic could not be reached as of Wednesday afternoon. The user appeared to be an avid collector of NFT artwork. In addition to the Times token, their collection on Foundation also includes such works as “The result of 2020,” an image of a sad-looking Kermit the Frog, and “Mushy’s Midafternoon Nap,” an image of a cartoon toadstool sitting on a log.

Lawmakers grilled the leaders of Facebook, Google and Twitter on Thursday about the connection between online disinformation and the Jan. 6 riot at the Capitol.

Here’s what you need to know.

Yields on 10-year Treasury notes have risen sharply in recent weeks, a sign that traders are taking the inflation threat more seriously. And if the trend continues, it would put bond investors on a collision course with the Biden administration, which wants to spend trillions more on infrastructure, education and other programs.

The potential confrontation made some market veterans recall the events of the 1990s when yields on Treasury securities lurched higher as the Clinton administration considered plans to increase spending, Nelson D. Schwartz reports for The New York Times. As a result, officials soon turned to deficit reduction as a priority.

Ed Yardeni, an independent economist, coined the term bond vigilante in the 1980s to describe investors who sell bonds amid signs of fiscal deficits getting out of hand.

Yet, evidence of inflation remains elusive, and the bond vigilantes remain outliers. Even many economists at financial firms who expect faster growth as a result of the stimulus package are not ready to predict inflation’s return.

Even if inflation goes up slightly, the Fed’s target for inflation, set at 2 percent, is appropriate, said Alan S. Blinder, a Princeton economist who was an economic adviser to former President Bill Clinton and a former top Fed official.

“Bond traders are an excitable lot and they go to extremes,” he said. “If they are true to form, they will overreact.” 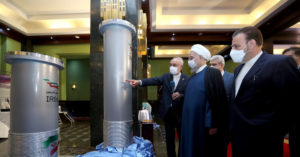 Iran’s top leader said Wednesday that his country would keep negotiating with world powers over how to salvage the 2015 nuclear deal, quashing … END_OF_DOCUMENT_TOKEN_TO_BE_REPLACED 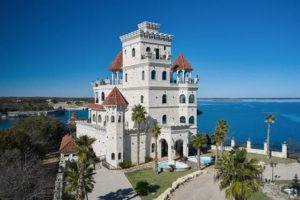 Whoever said only kings and queens could live in castles was wrong.A huge lakefront property available in Clifton, TX, could make just about anyone … END_OF_DOCUMENT_TOKEN_TO_BE_REPLACED 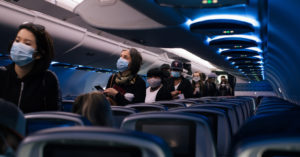 Keeping the middle seats vacant during a flight could reduce passengers’ exposure to airborne coronavirus by 23 to 57 percent, researchers reported in … END_OF_DOCUMENT_TOKEN_TO_BE_REPLACED