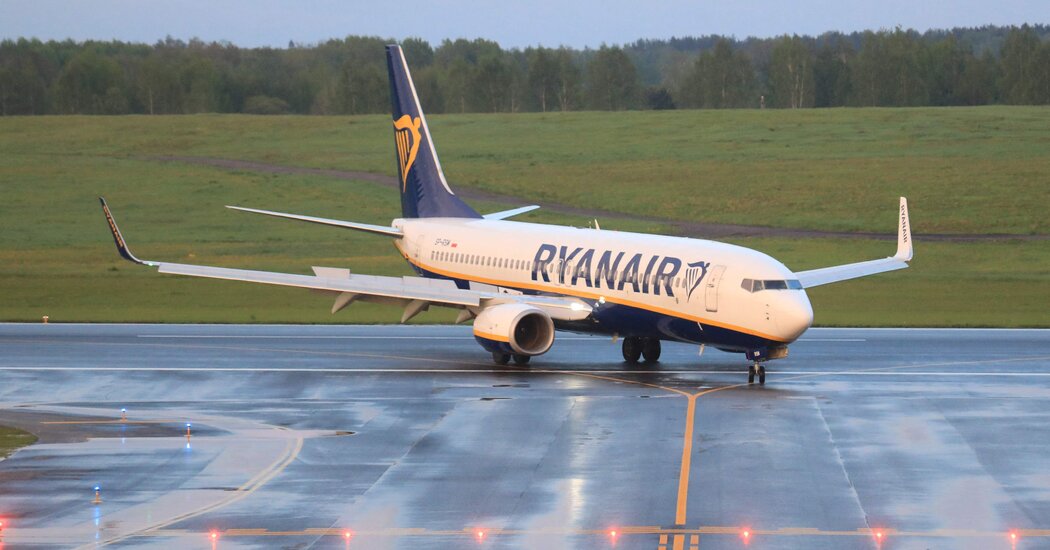 Airlines are often forced to adjust operations in response to major disruptions, geopolitical and otherwise. This month, for example, several U.S. airlines canceled flights to and from Israel as a conflict there escalated. Some carriers also adjusted procedures, including adding fueling stops, after the hacking of a fuel pipeline company that serves airports on the East Coast of the United States.

In 2014, nearly 300 people were killed when Malaysia Airlines Flight 17 was shot down over Ukraine, where hostilities were raging, on its way to Kuala Lumpur from Amsterdam. Western governments blamed the Russian government and Russian-backed rebels fighting the Ukrainian government, while Moscow denied involvement. The Netherlands sued Russia in the European Court of Human Rights last year in an effort to secure evidence that would be useful to families of the victims.

From 2017 until this year, Qatar Airways was forced to avoid airspace over Saudi Arabia and several neighboring countries after they imposed an air, land and sea embargo against Qatar. In some cases, that meant flying longer routes around the Arabian Peninsula. The neighbors accused Qatar of supporting terrorism. Qatar has denied those accusations.

The movement to isolate Belarus will have little effect on U.S. passenger airlines, which rarely fly over the country, according to Flightradar24. Secretary of State Antony J. Blinken condemned the forced landing of the Ryanair flight, calling it a “shocking act” that “endangered the lives of more than 120 passengers, including U.S. citizens.” Transportation Secretary Pete Buttigieg said the safety of U.S. flights over Belarus should be assessed.

But cargo carriers could be affected. On Sunday, for example, more than a dozen flights operated by U.S. airlines flew over Belarus, according to Flightradar24, including five by FedEx, four by UPS and two by Atlas Air.

In a statement, UPS said that its network remained unaffected, but that it was “evaluating other flight route options that will provide for the safety of our crews and aircraft, as well as maintain service for our customers” in case it had to make changes. FedEx said it was “closely monitoring the issue.”

The International Federation of Air Line Pilots’ Associations and the European Cockpit Association said in a statement that aviation authorities should investigate what had happened and “take swift measures” to prevent similar disruptions. They described Sunday’s episode as a “hazard to the safety of passengers and crew.”

The Mississippi River town of Ste. Genevieve, MO, might be the ideal spot for a buyer in search of a refreshing idea.This mixed-use structure on the … END_OF_DOCUMENT_TOKEN_TO_BE_REPLACED

More From ForbesJan 26, 2022,09:00am ESTCompany Named For Jetsons Son Unveils Autonomous Cargo EVTOL Drone Of The Near … END_OF_DOCUMENT_TOKEN_TO_BE_REPLACED