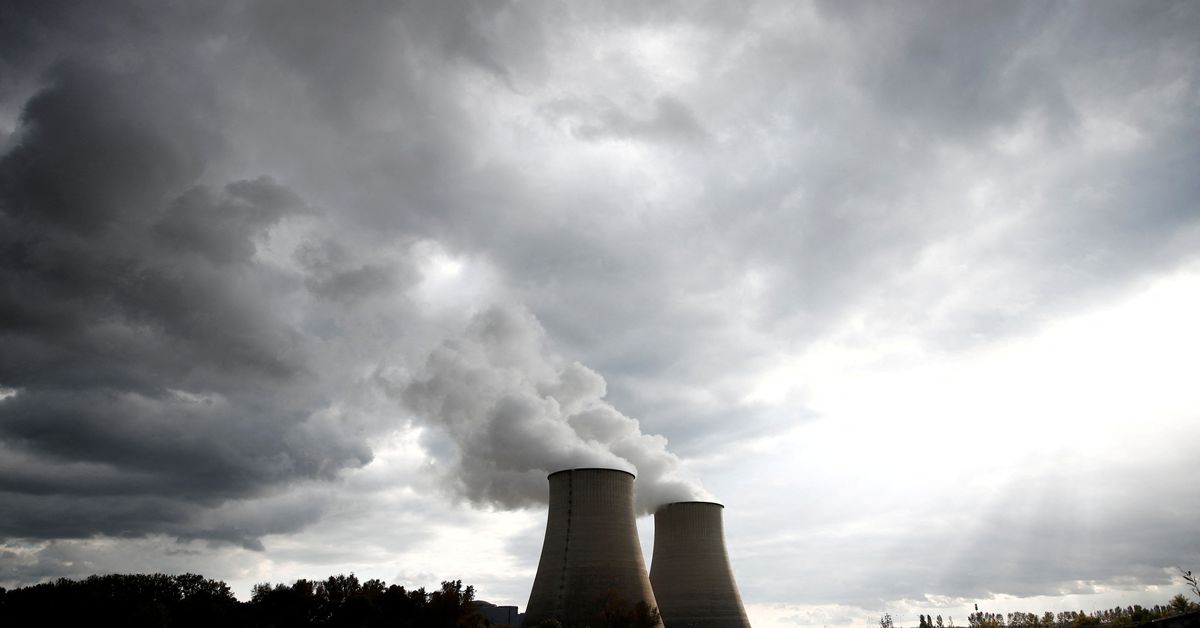 PARIS, Oct 15 (Reuters) – Strike action over wage demands was hitting a third of EDF’s 18 French nuclear plants as of Friday night, a spokesperson for the utility said, further delaying the maintenance of its reactors.

“Six sites (were) affected by strikes as of last night,” the spokesperson said on Saturday.

This led to the postponement of the restart date of five reactors currently under maintenance by “one to several days”, the spokesperson for EDF (EDF.PA) added.

Nuclear power represented more than two thirds of France’s total electricity production in 2021, according to data from grid operator RTE.

The country will be short of between 5 and 15 gigawatts (GW) of power at peak demand this winter depending on the temperature and will need to mainly rely on imports, according to forecast models developed by EDF’s works council CSE.

France will have to buy electricity on the market this winter or produce it from gas, and there is no guarantee that neighbouring countries will be in a position to sell their electricity, CSE representative Philippe Page le Merour has said, given the energy crisis in Europe.

A representative for France’s FNME trade union said on Friday that maintenance work at nine nuclear reactors split between five sites had been delayed due to a strike over wages.

AUSTIN, Texas--(BUSINESS WIRE)--As the first multifamily management company to be recognized in the Public Relations and Marketing Excellence Awards, … END_OF_DOCUMENT_TOKEN_TO_BE_REPLACED

There have been whispers of cooling housing and rental prices in the San Francisco Bay Area, but that hasn't yet translated into practical, noticeable … END_OF_DOCUMENT_TOKEN_TO_BE_REPLACED

Cars pass in Independence Square at twilight in Kyiv, Ukraine, Monday, Oct. 31, 2022. Rolling ... [+] blackouts are increasing across Ukraine as the … END_OF_DOCUMENT_TOKEN_TO_BE_REPLACED