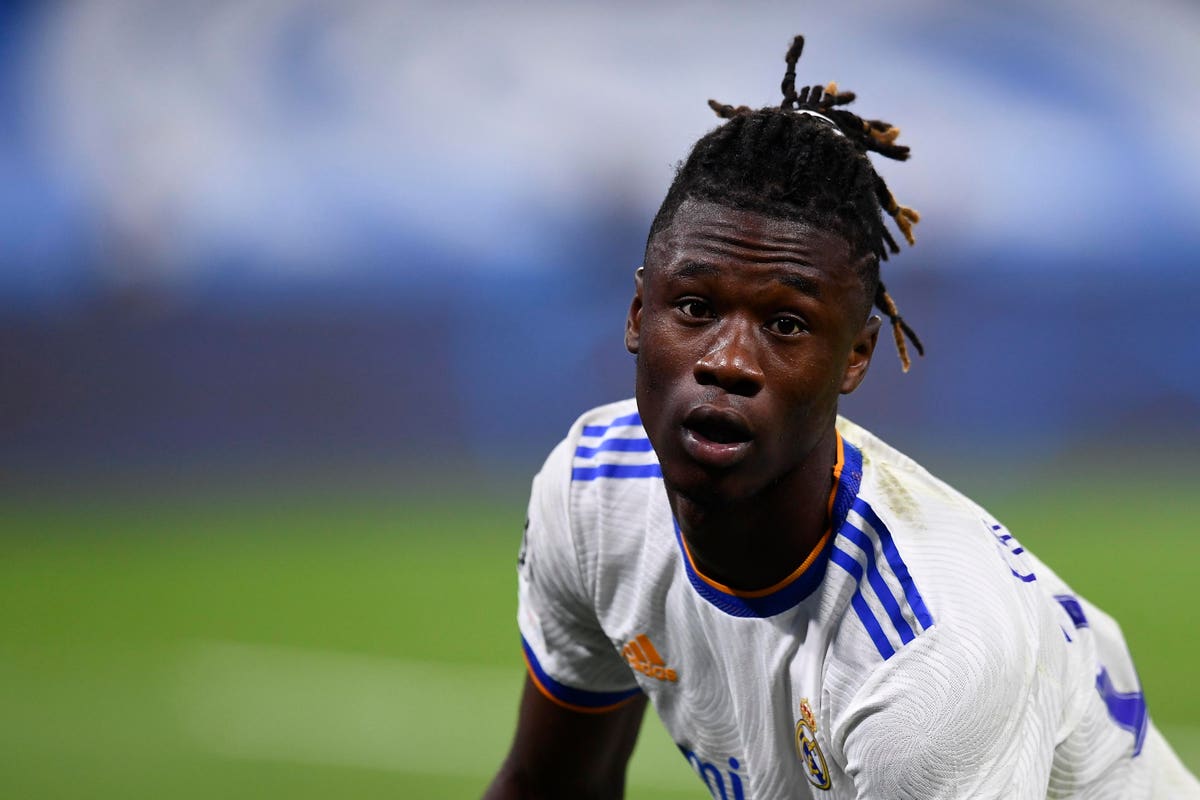 A new man is strutting his stuff at Real Madrid.

He may only be 18 years old, but Eduardo Camavinga has already won over Real’s heart and is next in line to spearhead Los Blancos’ midfield over the coming seasons. The €30 million ($35 million) midfielder does more than raise fans’ hopes of success, though. If all goes to plan, Camavinga will pick up the baton from the aging duo of Luka Modric and Toni Kroos—a changing of the guard that could also result in marketing potential and brand endorsements aplenty for the young Frenchman.

Through a combination of expert passing and masterful awareness, Modric and Kroos have beefed up the side’s midfield for some time now. Modric, who recently turned 36, is one of a kind, claiming his first Ballon D’Or only three years ago. For all his soccer grace, the Croatian keeps a low profile despite his collaborations with Nike. Kroos, the epitome of functionality over excessive flair, has become synonymous with Adidas—Real’s kit manufacturer—and has links to other German sportswear labels.

Of course, Camavinga’s marketability hinges on whether he is successful or not. Martin Ødegaard was once supposed to be when he signed as a burgeoning 16-year-old. Six years later, he finds himself at Arsenal after not cutting it at Real. Camavinga also arrives from his homeland as a teenager with great promise but will need to prove himself alongside a world of talent at his new club. He has already made a fine start, grabbing his first goal on his debut against Celta Vigo, entrusted to play almost immediately.

Angolan-born Camavinga has already covered plenty of ground at the elite level. The box-to-box star played almost every fixture for Ligue 1 side Rennes, where he rose through the youth ranks before the Madrid transfer became a reality. Before linking up with his new friends, he already had four Champions League appearances to his name, so he came with some experience under his belt.

“Camavinga’s transfer to Real Madrid has delivered a huge rise in his profile, propelling him into one of the most talked about, and sought after, young footballers in the world,” informs Spencer Nolan, the managing director of Nielsen Sports for the United Kingdom and Ireland. Nielsen Sports specializes in sports sponsorship valuation and analytics.

“The increase in followers makes Camavinga more attractive to sponsors and increases the value to brands on sponsored posts. Nielsen Sports Social Valuation platform has shown that the media value per sponsored Instagram post on his profile has gone up by 316%. He has significant potential to grow his sponsorship portfolio globally as his career continues to develop.”

Camavinga has not featured for France lately due to a foot injury sustained against Espanyol in La Liga. In the long-term, the national team will benefit from yet another talented option in the central area, adding to regular starters Paul Pogba, N’Golo Kanté, Adrien Rabiot and Monaco prospect Aurélien Tchoumeni. As for Real, a happy Camavinga commented that he feels at ease at his new club, thanks to Les Bleus forward Karim Benzema.

“For Real Madrid, signing a young French star will help continue their popularity with fans in the French market, with Camavinga joining Benzema in the team,” Nolan adds.

With several stars aged over or nearing 30, the pieces are falling into place at the right time. Eden Hazard and Gareth Bale are the only two squad members to cost over €100 million ($116 million) in transfer fees, yet their best days appear firmly behind them.

In contrast, Camavinga—alongside Federico Valverde, Vinícius Júnior and Rodrygo—have time on their side. Were an even more prestigious individual to walk through the Estadio Santiago Bernabéu doors, namely Kylian Mbappé, his pull would blow everyone out of the water. In economic terms, given the hardline approach adopted by La Liga president Javier Tebas, the idea seems ludicrous. Still, Madrid teams are incomparable to financially-stricken Barcelona. Outlaying a long-term contingency plan to recover the funds could see the Real deal permitted.

For now, though, the midfield belongs to Camavinga, flanked by those considered best to complement his game—perhaps Valverde and another newcomer. That is as long as he settles in Spain and continues his upward trajectory in terms of in-game numbers and worldwide popularity.

The United States removed Sudan from a list of state sponsors of terrorism last year, and backed a $50 billion debt relief program announced in June. … END_OF_DOCUMENT_TOKEN_TO_BE_REPLACED

WASHINGTON — President Biden and Democratic congressional leaders raced on Monday to strike a compromise on a domestic policy and climate package, … END_OF_DOCUMENT_TOKEN_TO_BE_REPLACED

“It was a very lax process.”That is not something you usually hear in stories about finding the perfect apartment. But for Amanda Paulsen and her … END_OF_DOCUMENT_TOKEN_TO_BE_REPLACED