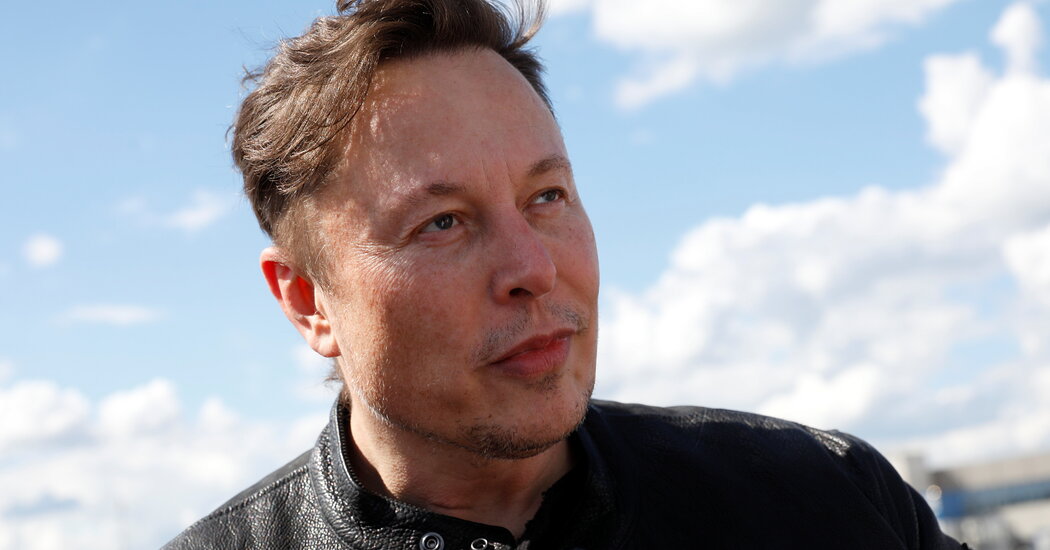 The proposition was tantalizing: Handsome returns awaited investors who would be willing to provide an infusion of cryptocurrency to Elon Musk, the billionaire chief executive of Tesla and founder of SpaceX, for a moneymaking venture.

It seemed too good to be true, because it was.

Investors lost $2 million in six months to fraudsters who impersonated Mr. Musk, the Federal Trade Commission said in a report released on Monday that was meant to draw attention to a spike in cryptocurrency scams.

The commission found that nearly 7,000 people lost a reported $80 million over all from October through March as part of various scams targeting investors in Bitcoin and other cryptocurrencies like Dogecoin, a nebulous marketplace that Mr. Musk has bullishly promoted on Twitter. The median amount that they lost was $1,900, according to the commission.

The spate of fraud cases — a nearly 1,000 percent increase compared with the same period the previous year, the report said — came as the price of Bitcoin and Dogecoin soared toward record highs.

bought $1.5 billion worth of Bitcoin, which Tesla said was part of an initiative to invest in alternative assets like digital currencies and gold bullion.

accept Bitcoin as payment for cars in the United States, sent the price of Bitcoin skyward by more than 10 percent. But then Mr. Musk reversed course this month, saying that the company will no longer accept the cryptocurrency because of concerns over its effects on the environment.

Mr. Musk has similarly sent mixed messages regarding Dogecoin, which was created as a cryptocurrency parody in 2013 and has recently been booming.

Last week, he polled his 55.1 million followers on Twitter on whether Tesla should accept Dogecoin; 78 percent of respondents said yes. He also revealed last week that SpaceX would launch a satellite to the moon next year in exchange for a payment in Dogecoin. In a May 8 appearance on “Saturday Night Live,” Mr. Musk said that cryptocurrency was both “the future of currency” and “a hustle.”

Joseph A. Grundfest, a professor of law and business at Stanford and a former member of the Securities and Exchange Commission, said in an interview on Monday night that the surge in scams involving cryptocurrency was not at all surprising amid the surging prices.

He said that investors should be more circumspect when faced with propositions like those concocted by the impersonators of Mr. Musk.

“Don’t send cryptocurrency to Elon Musk,” Mr. Grundfest said. “He already has more than he needs.”

The Federal Trade Commission cautioned on Monday in the report that fraudsters had used online dating platforms to lure people into cryptocurrency scams. About 20 percent of the money that people reported losing through romance schemes since October was sent in cryptocurrency, the report said.

The commission also noted that people ages 20 to 49 were more than five times as likely as older people to report losing money on cryptocurrency investment scams.

Cryptocurrency experts cautioned that it was especially difficult for victims of fraud schemes to get their money back and that cryptocurrency had become a preferred payment method for those orchestrating ransomware attacks.

“As a practical matter, there is no recourse,” Mr. Grundfest said. “Why crypto? It’s very simple. It’s very hard to trace.”

AUSTIN, Texas--(BUSINESS WIRE)--As the first multifamily management company to be recognized in the Public Relations and Marketing Excellence Awards, … END_OF_DOCUMENT_TOKEN_TO_BE_REPLACED

There have been whispers of cooling housing and rental prices in the San Francisco Bay Area, but that hasn't yet translated into practical, noticeable … END_OF_DOCUMENT_TOKEN_TO_BE_REPLACED

Cars pass in Independence Square at twilight in Kyiv, Ukraine, Monday, Oct. 31, 2022. Rolling ... [+] blackouts are increasing across Ukraine as the … END_OF_DOCUMENT_TOKEN_TO_BE_REPLACED