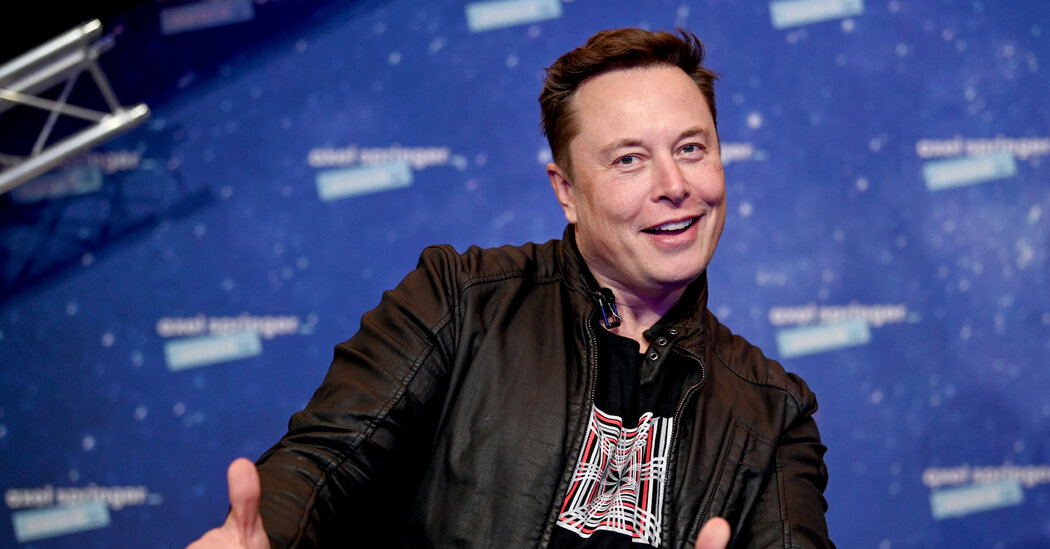 “Who controls the memes controls the universe,” Mr. Musk tweeted last summer. He has called the visual jokes “modern art” and shares them regularly on Twitter, where he has more than 52 million followers.

Mr. Musk doesn’t make many memes himself. Instead, he finds them online and has others send him their favorites. Sometimes he reposts his favorites without citing their origins.

by reposting work from other creators without credit or payment have encountered backlash. In 2019, a conversation about this issue was jump-started by a campaign against an Instagram account run by Jerry Media. It helped shift the standards by which brands and top influencers abide by today.

Quinn Heraty, a lawyer specializing in intellectual property law, noted that in 2017 the rapper Ludacris was sued by the website LittleThings for posting an illustration from the site on his Instagram, without giving credit. (The parties reached a settlement.)

richest man on earth, according to the Bloomberg Billionaires Index, has used Twitter to bolster his persona (and promote cryptocurrencies and stocks, including his own).

Jamie Trufin, who runs a meme account called @DogeCoinDaddy, said he was disappointed when Mr. Musk posted one of his Doge memes in March without credit.

price of Dogecoin, a cryptocurrency, has continued to rise, thanks in part to Mr. Musk’s tweets about it.)

shared a meme created by a comedian that included a photo of her dog, which some say Mr. Musk tried to pass off as his own.

In 2019, after facing criticism for sharing artwork on Twitter without credit, Mr. Musk initially tweeted, “always credit everyone.” Then, he reversed course: “no one should be credited with anything ever,” he wrote, suggesting that “any fool can find out who the artist was in seconds.”

meme he had made in April about vaccinated people enjoying a promiscuous summer had been reposted by Mr. Musk. “Someone in my group chat was like, ‘LOL did everyone see how Elon straight up stole a meme that Miles made?”

Mr. Klee isn’t angry at Mr. Musk, but found the behavior off-putting. “Of course he has his minions who are willing to defend what he does,” Mr. Klee said, “but for everyone else who is normal who has been on the internet for a long time, it’s like, ‘Yeah, that’s a wack move.’”

Chas Steinbrugge, 19, a college freshman who runs the meme account @Trigomemetry, is also the creator of Meme Citations, a website that provides the origins of memes in Modern Language Association format.

“Personalities like Elon Musk not giving credit, that does hurt the creators,” he said. “He could create a situation where he’s promoting young meme creators and contributing to the community by tagging whoever created it or including watermarks.”

Several people who have had their content posted by Mr. Musk have since asked for payment, be it in dollars, Teslas or Bitcoin. (Mr. Monahan said he was willing to accept a “mere $80,000.”)

Reached by email for comment on this article, Mr. Musk responded with two uncredited memes:

The Seattle Seahawks are very much still in the running for Baker Mayfield. (Photo by Stacy ... [+] Revere/Getty Images) Getty Images The Seattle … END_OF_DOCUMENT_TOKEN_TO_BE_REPLACED

(CNN) — Kim Kyung-seop recalls going to cheap bars after class with his friends, where they binged on as much makgeolli as possible. "You know the … END_OF_DOCUMENT_TOKEN_TO_BE_REPLACED