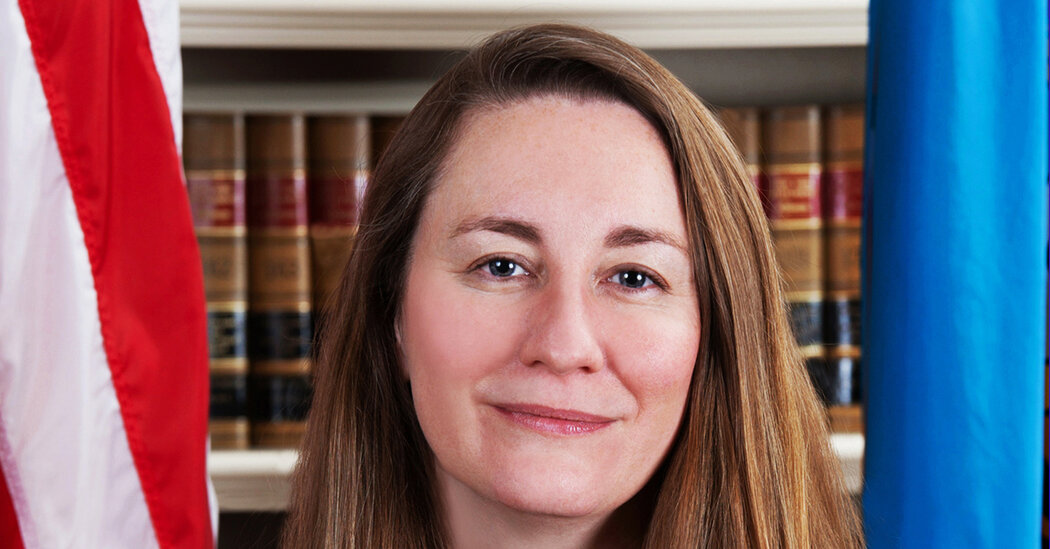 The Delaware Chancery Court judge has given Mr. Musk until Friday to close his long-promised, $44 billion deal to acquire Twitter. If he doesn’t, Judge McCormick will preside over a trial in November that could end with Mr. Musk being forced to make good on the deal he made with Twitter in April.

The 43-year-old judge is also expected to preside over another case involving Mr. Musk in November. A Tesla shareholder accused him in a lawsuit of unjustly enriching himself with his compensation package while running the electric vehicle company, which is Mr. Musk’s main source of wealth. The package, which consisted entirely of a stock grant, is now worth around $50 billion based on Tesla’s share price.

Judge McCormick is also overseeing three other shareholder lawsuits against Mr. Musk, though it is not yet clear whether those will go to trial, too.

before it represented Mr. Musk. But, he said, “the deal will either close and then she will be a hero. Or not and Musk will look really bad.”

As a young girl, Judge McCormick played first base on the softball team and managed the high school football team. She has a long-held soft spot for the book “To Kill a Mockingbird,” about a Black man in small-town Alabama who was wrongfully accused of sexual assault.

unsolicited bid worth more than $40 billion for the social network, saying he wanted to make Twitter a private company and allow people to speak more freely on the service.

She then worked as a staff attorney with the Community Legal Aid Society, where she represented the needy and victims of domestic violence. She moved to a corporate law role at the firm Young Conaway Stargatt and Taylor in 2007, a mainstay in the Delaware legal circuit.

In 2018, she was nominated by John Carney, the governor of Delaware, to serve as vice chancellor on the state’s high court, the Delaware Chancery Court. In 2021, Gov. Carney nominated Ms. McCormick to become the first woman to lead the court.

More than 1.8 million businesses are incorporated in Delaware, including more than two thirds of Fortune 500 companies — and they all look to the court for guidance. When Twitter filed its lawsuit against Mr. Musk in July forcing him to close his acquisition, its case went to Delaware, where the company, like many others, is incorporated.

Judge McCormick, who has first dibs on any proceeding that comes before the court, chose herself of among a court of seven judges to oversee one of the most high profile corporate court battles in years.

At a hearing in September, as lawyers for Mr. Musk argued to delay the trial to take into account new claims from a whistle-blower, she poked at the billionaire’s decision to skip due diligence in his race to sign the deal in April. When Mr. Musk’s lawyer argued it would have been impossible to find out about the whistle-blower before the deal, she interjected, “We’ll never know, will we?” She added that “there was no due diligence.”

wrote in a ruling.

“She evidently was not putting up with any nonsense,” said Lawrence Hamermesh, a professor of law at Delaware Law School.

“She had one eye on the clock,” said Brian Quinn, a professor at Boston College Law School, noting the two sides did not seem ready for a trial just two weeks away. “Another eye,” Mr. Quinn said, was “on potential appeals. She is looking forward saying, ‘Well, what if I ruled against Musk, and he appealed, and his appeal is that I pushed him — I rushed him toward the trial when he wanted to close the deal.’”

Judge McCormick is well-versed in trials involving deals with buyers that tried to walk away. As an associate at the law firm Young Conaway Stargatt and Taylor, she worked on cases involving deals that went awry when the stock market crashed in 2008. That included representing the chemical company Huntsman in 2008 when the private equity firm Apollo Global Management scuttled the deal it had struck to combine the chemical company with another it owned.

That deal, and others like it, paved the way for the kinds of contracts Twitter signed with Mr. Musk. Sellers learned how to prevent buyers from trying similar escape hatches. Companies increasingly structure deals with “specific performance” clauses allowing them to force a deal to close.

to follow through with its acquisition of a cake supplier after it argued that the pandemic had materially damaged the business by curbing demand for party cake.

Kohlberg contended it could not complete the deal because its debt financing had fallen apart. Judge McCormick did not buy that argument.

If Mr. Musk does not come through with Twitter’s money by Friday, that could ding his credibility in court, legal experts say. That could matter in November, when Judge McCormick is set to preside over a separate trial involving Mr. Musk and his compensation.

The case, filed in 2018, had originally been assigned to another judge on the Delaware Chancery Court, Joseph R. Slights III, before he retired in January. Judge McCormick picked up the case on Jan. 12, the same month Mr. Musk began to buy up shares of Twitter stock that ultimately led to his planned purchase of the company.

“It’s not ideal for him,” said Ann Lipton, a professor of corporate governance at Tulane Law School, of Mr. Musk’s multiple run-ins with Judge McCormick. “She’s uniquely low drama, which is the opposite of Musk. ”

AUSTIN, Texas--(BUSINESS WIRE)--As the first multifamily management company to be recognized in the Public Relations and Marketing Excellence Awards, … END_OF_DOCUMENT_TOKEN_TO_BE_REPLACED

There have been whispers of cooling housing and rental prices in the San Francisco Bay Area, but that hasn't yet translated into practical, noticeable … END_OF_DOCUMENT_TOKEN_TO_BE_REPLACED

Cars pass in Independence Square at twilight in Kyiv, Ukraine, Monday, Oct. 31, 2022. Rolling ... [+] blackouts are increasing across Ukraine as the … END_OF_DOCUMENT_TOKEN_TO_BE_REPLACED