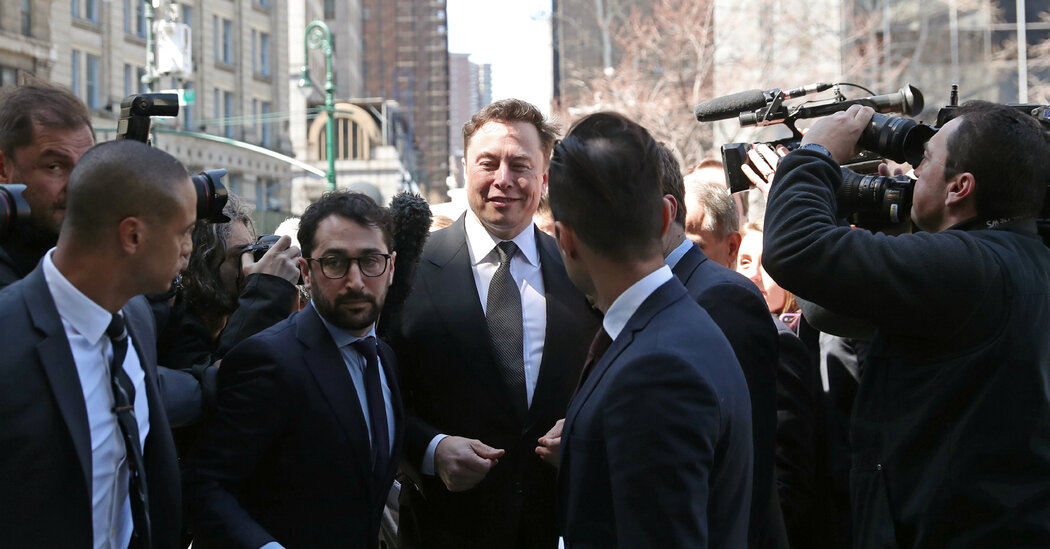 Elon Musk proposed a deal with Twitter on Monday evening that could bring to an end the acrimonious legal fight between the billionaire and the social media company.

The arrangement would allow Mr. Musk to acquire Twitter at $54.20 per share, the price he agreed to pay for the company in April, two people familiar with the proposal who were not authorized to speak publicly said.

The potential deal comes after months of disputes that have created existential challenges for Twitter, cratering its share price, demoralizing its employees and spooking the advertisers it relies on for revenue.

A deal at the original price would be a victory for Twitter, which struck an agreement with Mr. Musk to buy the company for $44 billion. Mr. Musk declared in July that he no longer intended to complete the acquisition because he believed Twitter’s service was overrun by spam.

Twitter sued Mr. Musk in July to force the completion of the acquisition, and was set for a showdown with the billionaire this month in a Delaware courtroom. The company argued in legal filings that Mr. Musk’s reasons for abandoning the deal were smoke screens, and suggested that he had simply hoped for a lower price after stock market declines had decreased his overall wealth.

Mr. Musk said Twitter had most likely undercounted the amount of spam on its platform, making the company less valuable than he had initially believed. He also cited whistle-blower claims from a former Twitter executive, who said the company had misled regulators about its security practices, as a reason to exit the deal.

Mr. Musk submitted a proposal to Twitter on Monday evening, a person familiar with the conversation said. The parties met in court on Tuesday to discuss the proposal. The offer was reported earlier by Bloomberg.

A deal could allow both sides to avoid a messy public trial, which most likely would have featured testimony from Mr. Musk and senior Twitter executives.

AUSTIN, Texas--(BUSINESS WIRE)--As the first multifamily management company to be recognized in the Public Relations and Marketing Excellence Awards, … END_OF_DOCUMENT_TOKEN_TO_BE_REPLACED

There have been whispers of cooling housing and rental prices in the San Francisco Bay Area, but that hasn't yet translated into practical, noticeable … END_OF_DOCUMENT_TOKEN_TO_BE_REPLACED

Cars pass in Independence Square at twilight in Kyiv, Ukraine, Monday, Oct. 31, 2022. Rolling ... [+] blackouts are increasing across Ukraine as the … END_OF_DOCUMENT_TOKEN_TO_BE_REPLACED