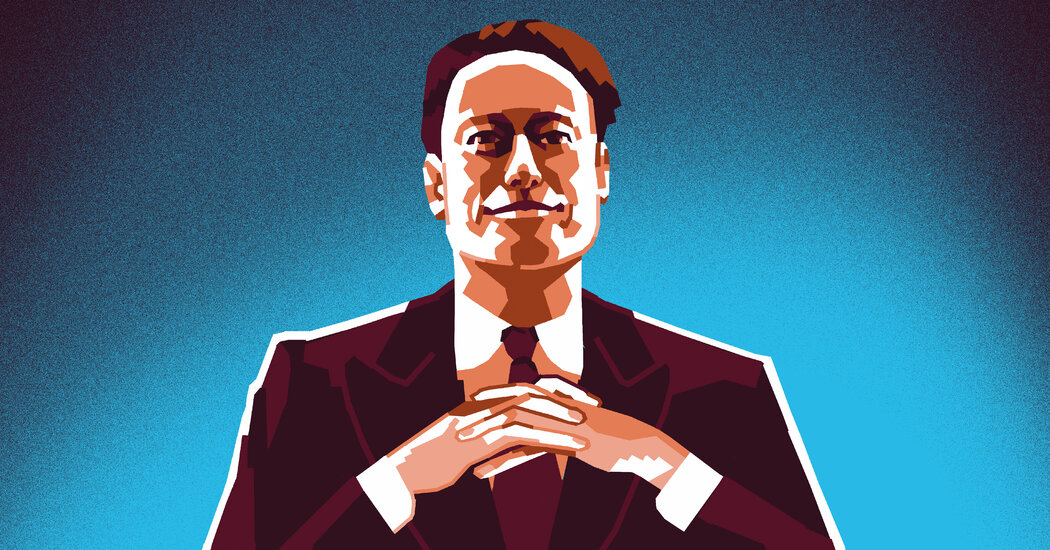 Forget about the endless drama, the bots, the abrupt reversals, the spectacle, the alleged risk to the Republic and all we hold dear. Here is the most important thing about Elon Musk’s buying Twitter: The moguls have been unleashed.

In the old days, when a tech tycoon wanted to buy something big, he needed a company to do it. Steve Case used AOL to buy Time Warner. Jeff Bezos bought Whole Foods for Amazon. Mark Zuckerberg used Facebook to buy Instagram and WhatsApp and Oculus and on and on. These were corporate deals done for the bottom line, even if they might never have happened without a famous and forceful proprietor.

Mr. Musk’s $44 billion takeover of Twitter, which finally became a reality on Thursday, six months after he agreed to the deal, is different. It is an individual buying something for himself that 240 million people around the world use regularly. While he has other investors, Mr. Musk will have absolute control over the fate of the short-message social media platform.

It’s a difficult deal to evaluate even in an industry built on deals, because this one is so unusual. It came about whimsically, impulsively. But, even by the standards of Silicon Valley, where billions are casually offered for fledging operations — and even by the wallet of Mr. Musk, on most days the richest man in the world — $44 billion is quite a chunk of change.

the midterm elections’ most prominent campaign contributor, pumping tens of millions of dollars into right-wing congressional candidates. Two of his former employees are the Republican nominees for senator in Ohio and Arizona.

A blockbuster deal. In April, Elon Musk made an unsolicited bid worth $44 billion for the social media platform, saying he wanted to turn Twitter into a private company and allow people to speak more freely on the service. Here’s how the monthslong battle that followed played out:

A surprise move. On Oct. 4, Mr. Musk proposed a deal to acquire Twitter for $44 billion, the price he agreed to pay for the company in April. On Oct. 27, the purchase was completed. Mr. Musk quickly began cleaning house, with at least four top Twitter executives — including the chief executive and chief financial officer — getting fired.

Richard Walker, a professor emeritus of economic geography at the University of California, Berkeley and a historian of Silicon Valley, sees a shift in the locus of power.

“In this new Gilded Age, we’re being battered by billionaires rather than the corporations that were the face of the 20th century,” he said. “And the tech titans are leading the way.”

Deals have been a feature of Silicon Valley as long as there has been a Silicon Valley. Often they fail, especially when the acquisition was made for technology that either quickly grew outdated or never really worked at all. At least one venerable company, Hewlett-Packard, followed that strategy and has practically faded away.

$70 billion-plus acquisition of Activision Blizzard, which is pending, has garnered a fraction of the attention despite being No. 2.

said in April after sealing the deal. “I don’t care about the economics at all.”

He cared a little more when the subsequent plunge in the stock market meant that he was overpaying by a significant amount. Analysts estimated that Twitter was worth not $44 billion but $30 billion, or maybe even less. For a few months, Mr. Musk tried to get out of the deal.

This had the paradoxical effect of bringing the transaction down to earth for spectators. Who among us has not failed to do due diligence on a new venture — a job, a house, even a relationship — and then realized that it was going to cost so much more than we had thought? Mr. Musk’s buying Twitter, and then his refusal to buy Twitter, and then his being forced to buy Twitter after all — and everything playing out on Twitter — was weirdly relatable.

Inescapable, too. The apex, or perhaps the nadir, came this month when Mr. Musk introduced a perfume called Burnt Hair, described on its website as “the Essence of Repugnant Desire.”

“Please buy my perfume, so I can buy Twitter,” Mr. Musk tweeted on Oct. 12, garnering nearly 600,000 likes. This worked, apparently; the perfume is now marked “sold out” on its site. Did 30,000 people really pay $100 each for a bottle? Will this perfume actually be produced and sold? (It’s not supposed to be released until next year.) It’s hard to tell where the joke stops, which is perhaps the point.

“What was unique about Twitter was that no one actually controlled it,” said Richard Greenfield, a media analyst at LightShed Partners. “And now one person will own it in its entirety.”

He is relatively hopeful, however, that Mr. Musk will improve the site, somehow. That, in turn, will have its own consequences.

“If it turns into a massive home run,” Mr. Greenfield said, “you’ll see other billionaires try to do the same thing.”

AUSTIN, Texas--(BUSINESS WIRE)--As the first multifamily management company to be recognized in the Public Relations and Marketing Excellence Awards, … END_OF_DOCUMENT_TOKEN_TO_BE_REPLACED

There have been whispers of cooling housing and rental prices in the San Francisco Bay Area, but that hasn't yet translated into practical, noticeable … END_OF_DOCUMENT_TOKEN_TO_BE_REPLACED

Cars pass in Independence Square at twilight in Kyiv, Ukraine, Monday, Oct. 31, 2022. Rolling ... [+] blackouts are increasing across Ukraine as the … END_OF_DOCUMENT_TOKEN_TO_BE_REPLACED