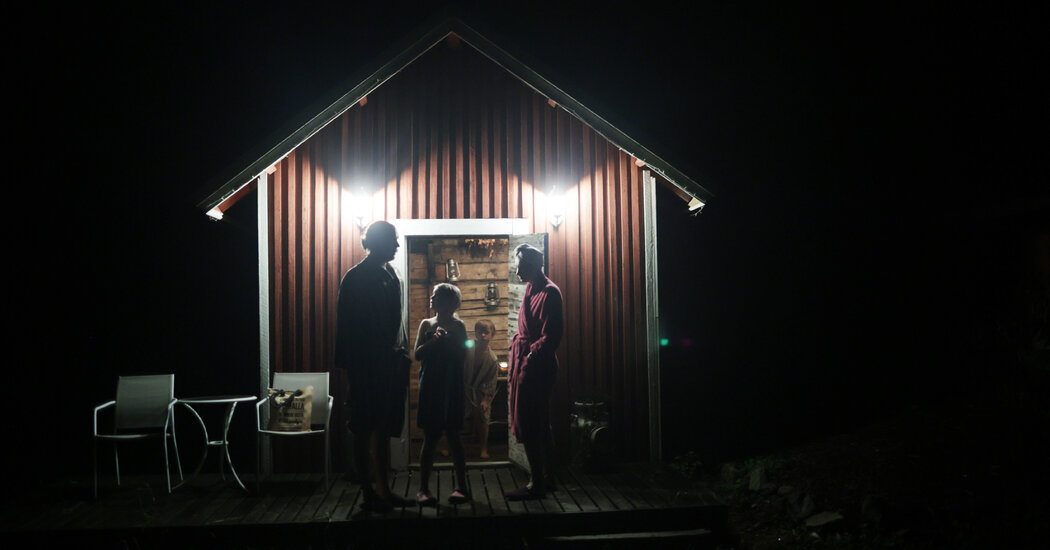 A flotilla of tankers carrying liquefied natural gas have been parked in a maritime traffic jam off the coast of Spain in recent days, waiting to unload their precious cargo for Europe’s power grid. In Finland, where sweltering sauna baths are a national pastime, the government is urging friends and families to take saunas together to save energy.

Both efforts are emblematic of the measures Europe is taking to increase energy supplies and conserve fuel before a winter without Russian gas.

The tactic by President Vladimir V. Putin of Russia to weaponize energy against countries supporting Ukraine has produced a startling transformation in how Europe generates and saves power. Countries are banding together to buy, borrow and build additional power supplies, while pushing out major conservation programs that recall the response to the 1970s oil crisis.

forcing shutdowns at energy-intensive businesses, including the production of steel, chemical and glass. Companies are furloughing workers. Governments are issuing more debt to shield households and businesses from pain. There are growing projections that the energy crisis will tilt Europe into a recession next year.

went on a buying spree, has put so much gas into reserve that there’s no longer room to store the incoming fuel. Europe still gets a small supply — around 7 percent — of natural gas from Russia through pipelines running beneath Ukraine. If that flow is severed, several countries will be in a bind.

And some Europeans may decide that they aren’t so willing after all to make personal sacrifices for Ukraine as household energy bills spiral higher. Street protests against the soaring cost of living have broken out in Paris, Prague and elsewhere, chipping away at Europe’s united front for sanctions against Russia.

fill most of their gas reserves — enough to provide around three months of power — despite dwindling Russian flows. Unseasonably warm weather in Europe is delaying the need for early heating, so the stock may last longer than expected.

The consulting group Rystad Energy has calculated that Europe has enough gas stored to survive this winter unless it gets very cold, while natural gas prices have fallen to their lowest levels since June.

even tougher winter next year as natural gas stocks are used up and as new supplies to replace Russian gas, including increased shipments from the United States or Qatar, are slow to come online, the International Energy Agency said in its annual World Energy Outlook, released last week.

Europe’s activity appears to be accelerating a global transition toward cleaner technologies, the I.E.A. added, as countries respond to Russia’s invasion of Ukraine by embracing hydrogen fuels, electric vehicles, heat pumps and other green energies.

But in the short term, countries will be burning more fossil fuels in response to the natural gas shortages.

gas fields in Groningen, which had been slated to be sealed because of earthquakes triggered by the extraction of the fuel.

Eleven countries, including Germany, Finland and Estonia, are now building or expanding a total of 18 offshore terminals to process liquid gas shipped in from other countries. Other projects in Latvia and Lithuania are under consideration.

Nuclear power is winning new support in countries that had previously decided to abandon it, including Germany and Belgium. Finland is planning to extend the lifetime of one reactor, while Poland and Romania plan to build new nuclear power plants.

European Commission blueprint, are voluntary and rely on buy-ins from individuals and businesses whose utility bills may be subsidized by their governments.

Energy use dropped in September in several countries, although it is hard to know for sure if the cause was balmy weather, high prices or voluntary conservation efforts inspired by a sense of civic duty. But there are signs that businesses, organizations and the public are responding. In Sweden, for example, the Lund diocese said it planned to partially or fully close 150 out of 540 churches this winter to conserve energy.

Germany and France have issued sweeping guidance, which includes lowering heating in all homes, businesses and public buildings, using appliances at off-peak hours and unplugging electronic devices when not in use.

Denmark wants households to shun dryers and use clotheslines. Slovakia is urging citizens to use microwaves instead of stoves and brush their teeth with a single glass of water.

website. “Short showers,” wrote one homeowner; another announced: “18 solar panels coming to the roof in October.”

“In the coming winter, efforts to save electricity and schedule the consumption of electricity may be the key to avoiding electricity shortages,” Fingrad, the main grid operator, said.

Businesses are being asked to do even more, and most governments have set targets for retailers, manufacturers and offices to find ways to ratchet down their energy use by at least 10 percent in the coming months.

Governments, themselves huge users of energy, are reducing heating, curbing streetlight use and closing municipal swimming pools. In France, where the state operates a third of all buildings, the government plans to cut energy use by two terawatt-hours, the amount used by a midsize city.

Whether the campaigns succeed is far from clear, said Daniel Gros, director of the Centre for European Policy Studies, a European think tank. Because the recommendations are voluntary, there may be little incentive for people to follow suit — especially if governments are subsidizing energy bills.

In countries like Germany, where the government aims to spend up to €200 billion to help households and businesses offset rising energy prices starting next year, skyrocketing gas prices are hitting consumers now. “That is useful in getting them to lower their energy use,” he said. But when countries fund a large part of the bill, “there is zero incentive to save on energy,” he said.

AUSTIN, Texas--(BUSINESS WIRE)--As the first multifamily management company to be recognized in the Public Relations and Marketing Excellence Awards, … END_OF_DOCUMENT_TOKEN_TO_BE_REPLACED

There have been whispers of cooling housing and rental prices in the San Francisco Bay Area, but that hasn't yet translated into practical, noticeable … END_OF_DOCUMENT_TOKEN_TO_BE_REPLACED

Cars pass in Independence Square at twilight in Kyiv, Ukraine, Monday, Oct. 31, 2022. Rolling ... [+] blackouts are increasing across Ukraine as the … END_OF_DOCUMENT_TOKEN_TO_BE_REPLACED