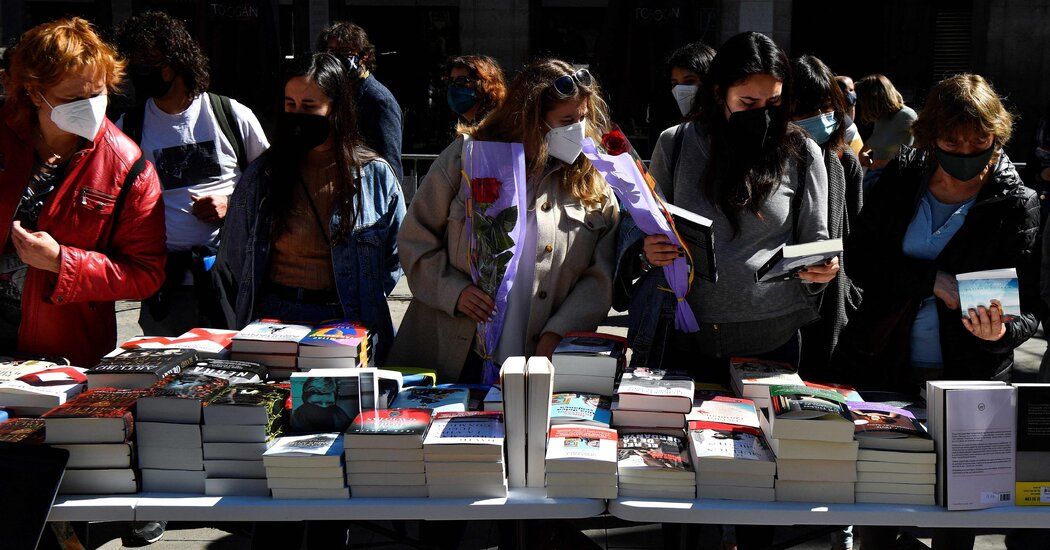 The economic outlook has brightened considerably across Europe after lockdowns restricted growth at the start of the year. Now, economists foresee the complete recovery by the end of next year from the early effects of the pandemic.

The British economy grew 2.1 percent in March from the previous month, the Office for National Statistics said on Wednesday. The reopening of schools was one of the biggest reasons for the larger-than-expected jump in economic growth, as well as a rise in retail spending even though many stores remained closed because of lockdowns.

The statistics agency estimated that gross domestic product fell 1.5 percent in the first quarter, slightly less than economists surveyed by Bloomberg had predicted, while the country was under lockdown with nonessential stores, restaurants and other services such as hairdressers shut.

Though the British economy is still nearly 9 percent smaller than it was at the end of 2019, before the pandemic, the Bank of England forecasts it to return to that size by the end of this year.

European Commission also upgraded its forecasts for the region on Wednesday. It predicted the European Union economies would grow 4.2 percent this year, up from a forecast of 3.7 percent three months ago. Germany’s economy is forecast to grow 3.4 percent this year and Spain, which suffered Europe’s deepest recession last year, is expected to grow nearly 6 percent.

“The E.U. and euro area economies are expected to rebound strongly as vaccination rates increase and restrictions are eased,” the commission, the executive arm for the European Union, said on Wednesday. The recovery will be driven by household spending, investment and a rising demand for European exports, it said.

Still, despite the optimistic outlook, the commission warned that the risks were “high and will remain so as long as the shadow of the Covid-19 pandemic hangs over the economy.”

Even as millions of people were vaccinated, the number of new coronavirus cases globally reached a peak in late April as the pandemic has struck especially hard in India. The uneven distribution of vaccines around the world and the emergence of new variants has the potential to set back the recovery.

The National Institute Of Economic and Social Research in London said on Monday that it did not expect the British economy to return to its prepandemic size until the end of 2022, predicting a slower recovery than the central bank.

Economists at the institute expect lower global growth because of uncertainty about the global vaccine rollout and lingering doubts about the end of the pandemic inducing more people to hold onto their savings, rather than spend it.

The Seattle Seahawks are very much still in the running for Baker Mayfield. (Photo by Stacy ... [+] Revere/Getty Images) Getty Images The Seattle … END_OF_DOCUMENT_TOKEN_TO_BE_REPLACED

(CNN) — Kim Kyung-seop recalls going to cheap bars after class with his friends, where they binged on as much makgeolli as possible. "You know the … END_OF_DOCUMENT_TOKEN_TO_BE_REPLACED