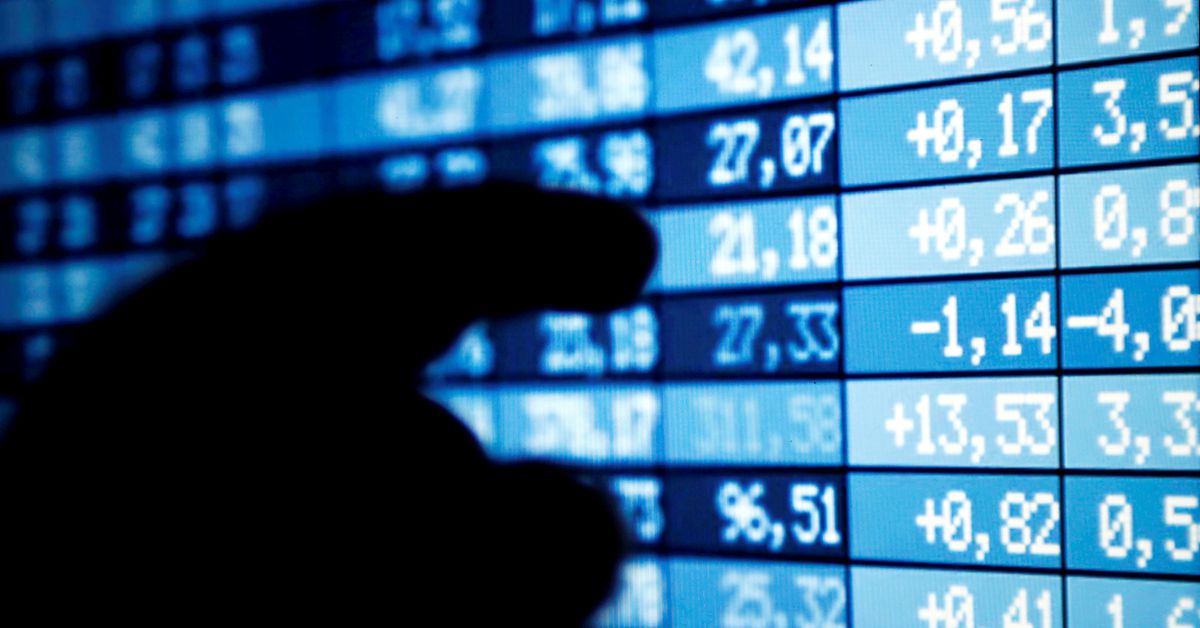 LONDON, Nov 22 (Reuters) – World stocks kicked off the week on a cautious note on Monday after posting a second consecutive weekly drop, and the euro struggled as traders weighed the risks of European lockdown restrictions and prospects of a faster Federal Reserve taper.

Though Wall Street futures held comfortably in positive territory in early London trading, major European indexes opened in the red as markets seem to have suddenly woken up to COVID-19 risks.

“The problem in Europe is the spread of Covid-19 which means that more lockdowns and other health restrictions partly against the non-vaccinated should rapidly increase in the next two weeks,” said Sebastian Galy, a strategist at Societe Generale.

“That in turn should have a negative impact on some services and impact negatively growth, a scenario that had been ever more priced into the European equity market.”

Austria powered down public life on Monday as its fourth national COVID-19 lockdown began, the first in a western European country, with Germany warning it may follow suit. read more and

Though equity analysts have kept their bullish European stock market recommendations for now, investors are closely watching sectors such as travel, hotels and banks for wider impact. The travel and leisure index was the top decliner (.SXTP) in early trading.

MSCI’s broadest index of Asia-Pacific shares outside Japan (.MIWD00000PUS) fell 0.1%. An Asian gauge (.MIAPJ0000PUS) was down by a similar margin.

The euro slipped 0.3% to $1.1260, close to a 16-month low hit on Friday. The common currency has been the prime mover in markets over recent sessions as investors bet that Europe’s economy will lag the U.S. recovery.

On the corporate front, shares in Telecom Italia (TLIT.MI) jumped 30% after KKR made a $12 billion approach to take the Italian phone group private. A telecom sub-index (.SXKP) gained by its biggest margin since March.

Safe-haven assets such as bonds, gold and the yen have also benefited from the recent cautious tone.

On Monday, the yield on benchmark 10-year U.S. Treasuries was steady at 1.5600%, with the yield curve at its flattest level since the pandemic began as markets eyed nervously the prospects of a quicker unwinding of stimulus.

Fed Vice Chair Richard Clarida said last week that quickening the pace of tapering might be worth discussing at December’s meeting. November meeting minutes are due Wednesday.

Safe-haven assets attracted demand. Gold found support at $1,845 an ounce. The yen hovered at 114.09 per dollar.

Bitcoin was under pressure after posting its worst week in two months last week and fell 3% to $57,000.

Reporting by Saikat Chatterjee; Additional reporting by Tom Westbrook in Sydney; Editing by

Target has added new brands to its beauty department. At a growing number of stores, it also has mini Ulta Beauty shops with prestige brands.Melissa … END_OF_DOCUMENT_TOKEN_TO_BE_REPLACED

Just a few months ago, builders couldn't put homes up fast enough to appease the hordes of eager buyers. They boasted about lengthy waitlists, even … END_OF_DOCUMENT_TOKEN_TO_BE_REPLACED