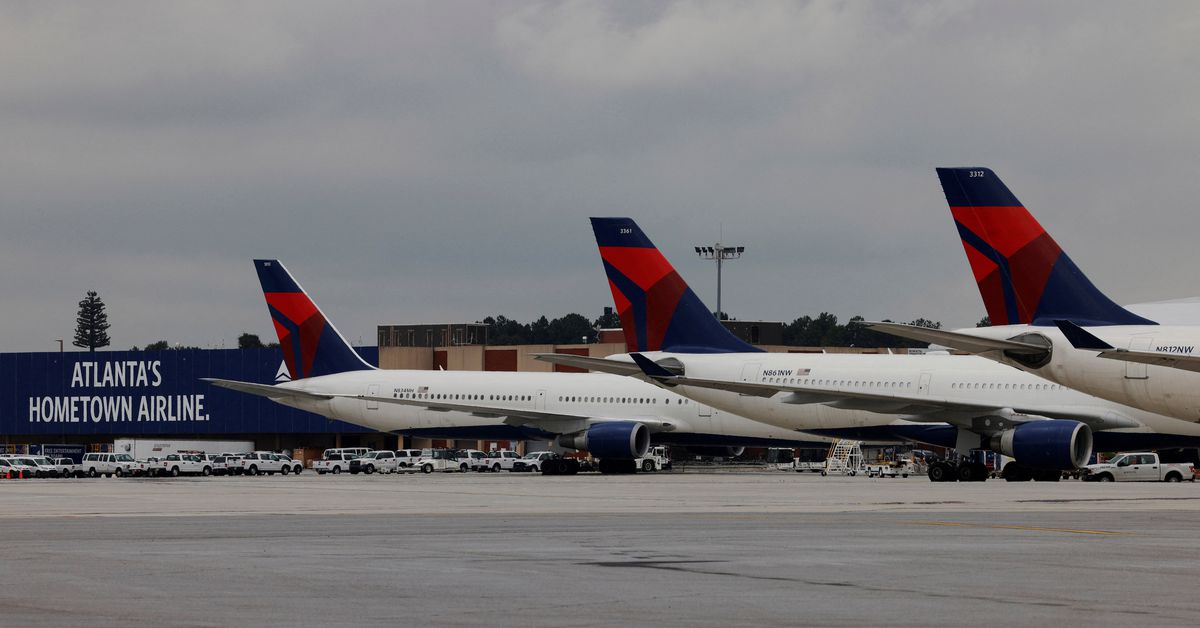 March 18 (Reuters) – Boeing Co (BA.N) is edging towards a landmark order from Delta Air Lines (DAL.N) for up to 100 of its 737 MAX 10 jets, a model it is battling in separate talks to get approved before year-end rule changes, people familiar with the matter said.

The deal, if confirmed, would be the first order from Delta for Boeing’s best-selling single-aisle airplane family, and the first major Boeing order for the carrier in a decade.

It comes as Delta – the only major U.S. carrier without a 737 MAX on order – reshapes its fleet in anticipation of a swift recovery from the pandemic. read more

Boeing and Delta, which have had a frayed relationship in past years, are working on details of an order that could consist of 100 aircraft, many or all of which could involve the largest variant, the 737 MAX 10, two of the people said.

If a deal is reached, an announcement could come as soon as next month, one of the people added.

Industry sources cautioned negotiations typically go down to the wire and no final decision had been taken. There has been speculation about a MAX order from Delta in the past, without a deal coming to fruition.

The MAX 10 competes with Airbus’ strongest-selling model, the A321neo. Both planes are aimed at the fast-growing segment of the market just above 200 seats.

The A321neo, which leasing company Air Lease (AL.N) described on Wednesday as the “hottest airplanes in the market”, has a commanding lead in sales, but Boeing has scored a series of contract wins in the past year.

In September, Airline Weekly quoted Delta Chief Executive Ed Bastian as saying there was a place for the MAX at Delta if the carrier could figure out how to bring them in. read more

Asked about the MAX in London earlier this month, he told reporters Delta was always looking at all airplane models.

For Boeing, which is entrenched in broader certification and industrial headaches, the deal would cement a major new customer for its cash-cow narrowbody. read more

The planemaker is facing a separate but increasingly high-stakes battle to win certification of the MAX 10 before a new safety standard on cockpit alerts takes effect at year-end.

The deadline for changes was introduced as part of broader regulatory reforms at the Federal Aviation Administration following fatal crashes of a smaller MAX model in 2018 and 2019.

Boeing has held talks with some lawmakers about the potential of asking for more time, but has not formally sought an extension to address a flight deck issue, the people said.

Asked about the possibility, an FAA spokesperson said, “safety dictates the timeline of certification projects”.

Only Congress can extend the deadline if the FAA does not certify the MAX before end-year.

Boeing has raised with some lawmakers the potential impact on jobs and production if the 737 MAX 10 is not approved, the people said.

“We continue to work transparently with the FAA to provide the information they need, and we are committed to meeting their expectations to achieve 737-10 certification,” Boeing said in an emailed statement.

It did not comment directly on any talks with lawmakers but said the jet would support “tens of thousands of jobs at Boeing and across our supply chain, including in Washington state”.

The issue is also likely to get entangled in the confirmation hearings of the next FAA administrator. Current FAA Administrator Steve Dickson is set to step down March 31.

The Seattle Times this month cited an earlier Boeing submission to the FAA citing an estimated cost of full compliance for the MAX at “more than $10 billion”.

(This story refiles to amend dateline to March 18)

SEATTLE--(BUSINESS WIRE)--(NASDAQ: RDFN) —The housing market turned a corner in April as the inventory crunch showed signs of easing, according to a … END_OF_DOCUMENT_TOKEN_TO_BE_REPLACED

We present a chance to live like Rocky Mountain royalty right in the heart of Denver. “You don't see a lot of castles in the middle of Denver—and this … END_OF_DOCUMENT_TOKEN_TO_BE_REPLACED