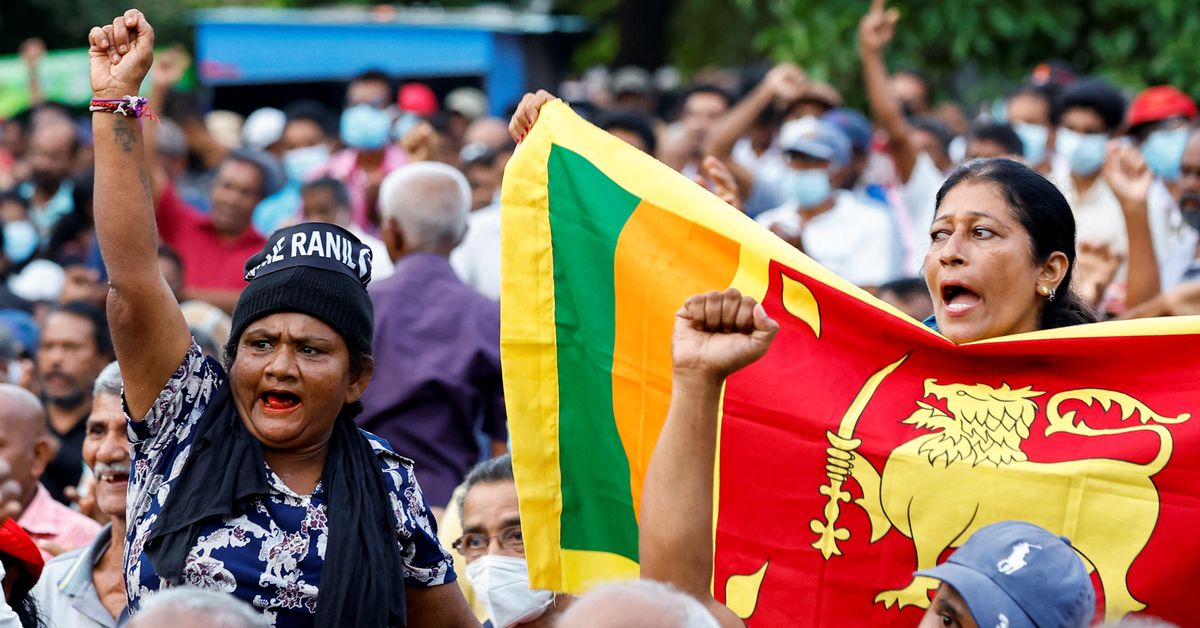 TOKYO, Aug 26 (Reuters) – Japan is seeking to organise a Sri Lanka creditors’ conference, hoping it could help solve the South Asia nation’s debt crisis, but uncertainties cloud the outlook for any talks, three people with knowledge of the planning said.

Tokyo is open to hosting talks among all the creditor nations aimed at lifting Colombo from its worst debt crisis since independence, but it is not clear whether top creditor China would join and a lack of clarity remains about Sri Lanka’s finances, one source told Reuters.

Japan would be willing to chair such a meeting with China if that would speed up the process for addressing Sri Lanka’s debt, estimated at $6.2 billion on a bilateral basis at the end of 2020, this source said.

President Ranil Wickremesinghe told Reuters last week that Sri Lanka would ask Japan to invite the main creditor nations to talks on restructuring bilateral debts. He said he would discuss the issue with Prime Minister Fumio Kishida in Tokyo next month, when he is expected to attend the funeral of the assassinated former premier Shinzo Abe. read more

Tokyo, the number two creditor, has a stake in rescuing Sri Lanka, not just to recoup its $3 billion in loans but also its diplomatic interest in checking China’s growing presence in the region.

S&P Global this month downgraded Sri Lanka’s government bonds to default after it missed interest and principal payments. The island nation of 22 million people off India’s southern tip, with debt at 114% of annual economic output, is in social and financial upheaval from the impact of COVID-19 pandemic on top of years of economic mismanagement.

The president met the same day with Japan’s ambassador.

Tokyo believes a new “platform” is needed to pull creditors together, the sources said.

“Sri Lanka is running out of time since it defaulted on its debt. The priority is for creditor nations to agree on an effective scheme,” one source said.

“Japan is keen to move this forward. But it’s not something Japan alone can raise its hand and push through,” said the source, adding that the cooperation of other nations was crucial.

Concerns include rivalry and territorial tensions between big creditors China and India, while Sri Lanka would have to commit to reforming its finances and disclose more information about its debt, the sources said.

Last month, shortly after Wickremesinghe took office when his predecessor fled the country, Chinese President Xi Jinping wrote to him that he was “ready to provide support and assistance to the best of my ability to President Wickremesinghe and the people of Sri Lanka in their efforts”. read more

But the sources said getting Beijing’s cooperation on a debt restructuring was complicated by factors such as a large number of lenders and that China was baulking at taking a “haircut” on its loans and at reducing Colombo’s debt burden.

A Chinese foreign ministry spokesman told Reuters that Beijing was “willing to stand with relevant countries and international financial institutions and continue to play a positive role in helping Sri Lanka respond to its present difficulties, relieve its debt burden and realise sustainable development.”

Japan hopes to see a new debt restructuring framework resembling one set up by the Group of 20 big economies targeting low-income countries. Sri Lanka does not fall under this “common framework” because it is classified as a middle-income emerging country.

“It must be a platform where all creditor nations participate” to ensure they all shoulder a fair share in waiving debt, another source said. The third said, “Until these conditions are met, it would be difficult for any talks to succeed.”

The common framework, launched by the G20 and the Paris Club of rich creditor nations in 2020, provides debt relief mainly through extension in debt-payment deadlines and reduction in interest payments.

Some people involved think an initial creditors’ meeting could be held in September, but one source said it would “take a little while, possibly several months”.

Restructuring talks are only possible after the IMF scrutinises Sri Lanka’s debt, the sources said.

Reporting by Tetsushi Kajimoto and Takaya Yamaguchi in Tokyo; Additional reporting by Yoshifumi Takemoto and Kentaro Sugiyama in Tokyo, Uditha Jayasinghe in Colombo, Eduardo Baptista in Beijing and David Lawder in Washington; Writing by Leika Kihara and Tetsushi Kajimoto; Editing by William Mallard

MIAMI — The morning after Hurricane Ian slammed into Florida, Gov. Ron DeSantis shared the podium at his news briefing with two people: his emergency … END_OF_DOCUMENT_TOKEN_TO_BE_REPLACED

SHERMAN OAKS, Calif.--(BUSINESS WIRE)--When it comes to choosing a property management company, the size of a company often becomes a sticking point … END_OF_DOCUMENT_TOKEN_TO_BE_REPLACED