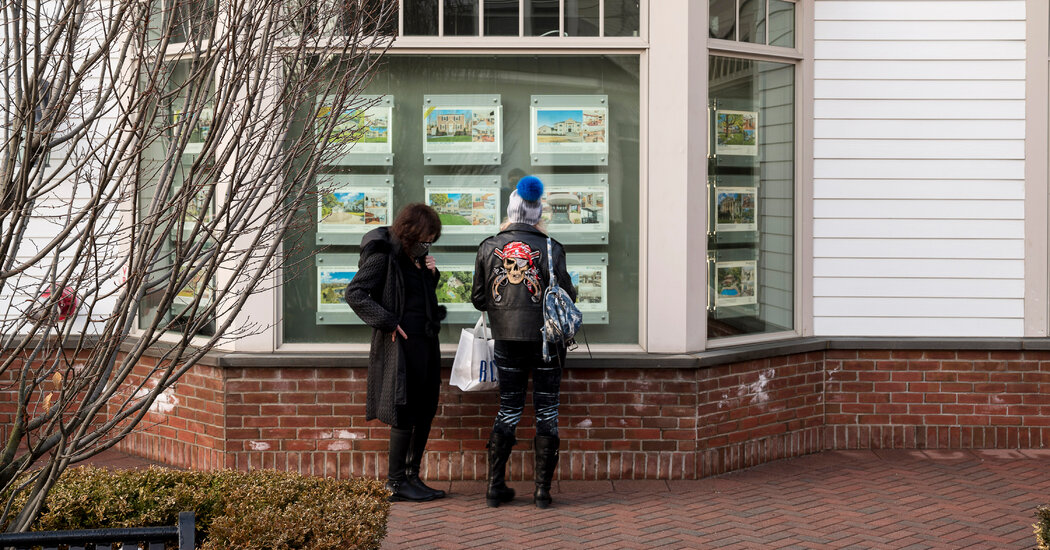 Soaring prices and a shortage of available homes are starting to hold back the blazing U.S. housing market.

Sales of existing homes fell 2.7 percent in April, the National Association of Realtors said Friday. It was the third straight monthly decline after a surge in transactions earlier in the pandemic.

Mortgage rates have crept up since the start of the year, which has likely put a crimp in demand. But the main force holding back sales isn’t a lack of willing buyers. It is a lack of homes for them to buy — especially at prices they can afford.

The median sales price of an existing home was $341,600 in April, up 19.1 percent from a year earlier. Both the price and the increase were record highs. The number of homes on the market rose in April but was down 20.5 percent from a year ago and remained close to a record low.

gone for more than their asking price, up from about a quarter a year ago.

“Even if demand comes down, supply is the issue, and until we see more homes come on the market, that’s going to limit sales,” said Glenn Kelman, Redfin’s chief executive. “When you meet a new buyer you almost say, ‘Good luck.’”

The increase in remote work during the pandemic has led to an increase in demand for homes, particularly outside of city centers. That demand has remained as the economy has begun to reopen, even as millions of millennials are reaching the age when Americans have historically looked to buy homes. But the combination of high prices and limited inventories is making it especially hard for young people to get into the housing market.

“First-time buyers in particular are having trouble securing that first home for a multitude of reasons, including not enough affordable properties, competition with cash buyers and properties leaving the market at such a rapid pace,” Lawrence Yun, chief economist for the National Association of Realtors, said in a statement.

AUSTIN, Texas--(BUSINESS WIRE)--As the first multifamily management company to be recognized in the Public Relations and Marketing Excellence Awards, … END_OF_DOCUMENT_TOKEN_TO_BE_REPLACED

There have been whispers of cooling housing and rental prices in the San Francisco Bay Area, but that hasn't yet translated into practical, noticeable … END_OF_DOCUMENT_TOKEN_TO_BE_REPLACED

Cars pass in Independence Square at twilight in Kyiv, Ukraine, Monday, Oct. 31, 2022. Rolling ... [+] blackouts are increasing across Ukraine as the … END_OF_DOCUMENT_TOKEN_TO_BE_REPLACED