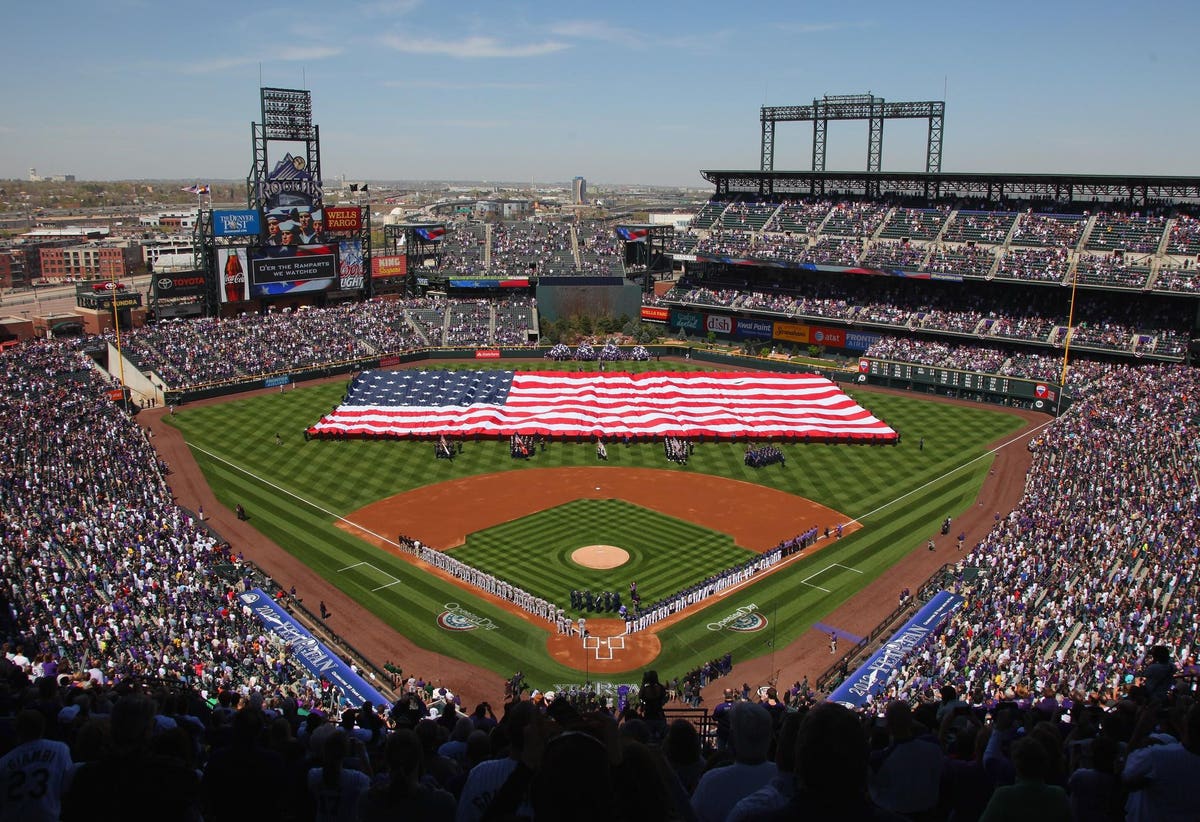 If history serves as an accurate barometer, the 2021 All-Star Game will be a slugfest.

The last time each league’s best players met in Denver’s Coors Field, site of this year’s game, the teams combined for 21 runs, most in All-Star history. Of the 31 hits in the game, three were home runs.

Not only did the American League pound National League pitching for a 13-8 win but 15 of the players who participated were later elected to the Baseball Hall of Fame.

Although the National League once held a lopsided winning record, the AL has reversed that with a seven-game winning streak, giving it a 45-43 overall edge, with two ties. There were no games in 1945 because of wartime travel restrictions or 2020 because of the Covid-19 pandemic.

This could be the year the NL rebounds, however, since teams that bat last at Coors Field usually have an enormous advantage. The Rockies, who play 81 home games there, have twice overcome nine-run deficits to win and three times stormed back from eight-run deficits. They hit seven home runs in one game and allowed seven in another.

The wildest game in the history of the park occurred on Oct. 1, 2007, when the Rockies hosted the San Diego Padres in a winner-take-all tiebreaker – a 163rd game – for the National League Wild Card. The Rockies led, 6-5, with two outs in the eighth when a Matt Holliday error permitted the Padres to tie the score. It stayed 6-6 until the 13th, when Scott Hairston hit a two-run homer against Jorge Julio in the top of the frame.

But Trevor Hoffman couldn’t convert the save. After doubles by Kaz Matsui and Troy Tulowitzki, Holliday hit a triple to tie the game again. After Hoffman walked Todd Helton intentionally, Jamey Carroll hit a sacrifice fly to right field that scored Holliday just ahead of the throw from Brian Giles. The Rockies won the game, 9-8, to reach the playoffs for the second time (they later won three more wild-card spots but have never won a division title).

Less than a year later, on July 4, 2008, Colorado allowed the opposing Florida (now Miami) Marlins to score five in the first, six in the fourth, and four in the seventh but climbed out of a nine-run hole to win, 18-17, with two runs in the bottom of the ninth. The teams not only combined for 35 runs but 43 hits, 20 of them for extra bases. Eight cleared the distant fences.

Designers took Denver’s elevation into account when designing the $300 million ballpark. Because a baseball hit 400 feet in New York (sea level) will travel 10 per cent further (440 feet) in the Mile-High City, Coors Field fences are further from home plate than they are in other ballparks. As a result, the outfield immediately became the largest in the majors, allowing more balls to drop for doubles and triples. Dimensions are 347 feet down the line in left, 415 to center, and 350 to right.

In 1999, when a record 303 home runs were hit during the 81 home games at Coors Field, the average score of a game played there was 8-7. A year later, the Rockies collected a club-record 24 hits in a game against the Montreal Expos.

In their first 18 years, the Rockies had eight batting champions – including Larry Walker three times – and nine different players hit for the cycle, with a single, double, triple, and home run in the same game. Nolan Arenado, now with St. Louis, won three home run crowns, while Walker, Andres Galarraga, and Dante Bichette won one each.

Hitters love the place but have trouble maintaining the same prolific power production on the road. From 2012-15, for example, the Rockies led the league in runs scored at home but ranked last in runs scored on the road. Such divergent “splits” caused writers to hesitate before electing Walker to the Baseball Hall of Fame in 2020, the last year he was eligible.

Walker, who will be inducted Sept. 8 because the ceremony was postponed by the pandemic last year, was also the only member of the Rockies to win a Most Valuable Player Award, in 1997.

Another former MVP, the late Hank Aaron, could have inflated his home run totals had his career extended into the Coors Field era. Aaron, who died in January just short of his 87th birthday, will be honored before the 2021 game, which had originally been scheduled for Atlanta.

Aaron, long-time star of the Atlanta Braves, was an All-Star 25 times, more than any other player. He still holds career records for total bases and runs batted in.

Alomar, the All-Star Game MVP award that year, was one of three players who hit home runs, along with Barry Bonds and Alex Rodriguez. Maddux started for the Nationals against David Wells but the winning pitcher was Bartolo Colon.

If history holds true, a healthy chunk of the 64 current All-Stars will eventually win plaques in the Cooperstown gallery. Walker will be the first Colorado player enshrined.

Unlike Walker and his fellow sluggers, pitchers hate Coors Field because they tire more quickly in the thin air, have trouble throwing curves, and find to their chagrin that other breaking pitches don’t have their usual bite. As a result, the Rockies have a tough time persuading free-agent pitchers to sign and have to pay premium prices to secure their signatures.

The first major-league park with an underground heating system (good for melting snow), Coors was also the first to deploy a humidor to dampen baseballs used during games. Installed before the 2002 campaign, the room-sized humidor has reduced home run frequency to the levels of other parks but dropped batting averages only by 10 per cent – preserving the reputation of Coors Field as the most hitter-friendly venue in the game.

Even though they’ve never won a division title and lost their lone World Series appearances (swept by the Boston Red Sox in 2007), the Rockies have never had trouble attracting fans. They hold attendance records for both Opening Day (80,227 at old Mile High Stadium) and full season (4,483,350). Current capacity at Coors Field is 50,144, one of the biggest in the big leagues.

Spectators can expect swift and sudden climate changes, even within the ballpark. Snowed out in both April and September, the Rockies played a game in 23-degree weather against the Atlanta Braves on April 23, 2013.

Fans attending this year’s game can dine on such rare local fare as Rocky Mountain oysters (a tender part of a bull) and sit exactly one mile above sea level (5,280 feet) in specially-painted purple seats in the 20th row of the upper deck. They can also see the snow-capped peaks of the real Colorado Rockies from many spots in Coors Field.

Located in Lower Downtown, the stadium is easily walkable from the heart of the city. There are also links by light-rail and bus.

TOPSHOT - Aerial view shows an area completely destroyed by the floods in the Blessem district of Erftstadt, western Germany, on July 16, … END_OF_DOCUMENT_TOKEN_TO_BE_REPLACED

Think back to when you were a first-time homebuyer. Were you excited but overwhelmed? It’s not unusual to feel that way as a first-time seller either, … END_OF_DOCUMENT_TOKEN_TO_BE_REPLACED

ATLANTA, GA - AUGUST 01: Milwaukee Brewers pitcher Josh Hader (71) delivers a pitch in the ninth ... [+] inning of the MLB game against the Atlanta … END_OF_DOCUMENT_TOKEN_TO_BE_REPLACED