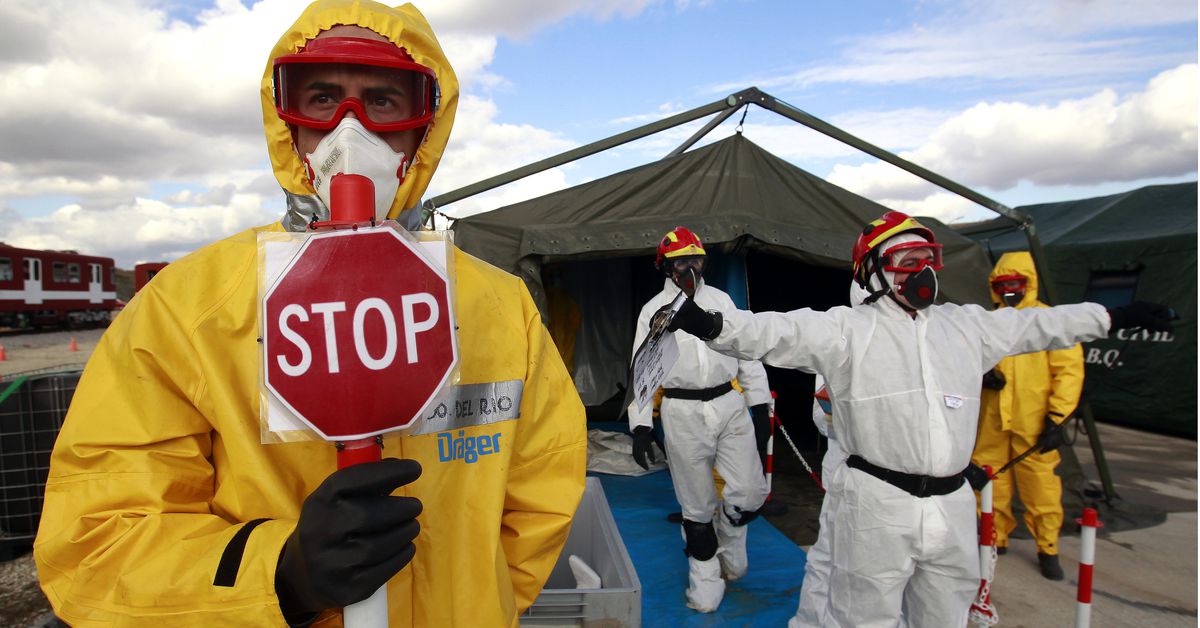 LONDON, Oct 25 (Reuters) – In Russia’s latest advocacy campaign over its invasion of Ukraine, Moscow has focused on accusations that Kyiv might be planning to use a so-called “dirty bomb” – a conventional explosive device laced with toxic nuclear material.

Kyiv and its Western allies say there is no truth at all to the accusation, and that the idea that Ukraine would poison its own territory is patently absurd. They say Moscow could be making the allegation to justify an escalation of its own.

Following is a look at dirty bombs and how they might be used in Ukraine, either as a real threat or as the basis of propaganda:

HOW MUCH DAMAGE CAN THEY DO?

Dirty bombs do not create city-flattening atomic explosion but are designed to spread toxic waste. Security experts have worried about them mostly as a form of terrorist weapon to be used on cities to cause havoc among civilians, rather than as a tactical device for use by warring parties in conflict.

Experts say the immediate health impact would probably be limited, since most people in an affected area would be able to escape before experiencing lethal doses of radiation. But the economic damage could be massive from having to evacuate urban areas or even abandon whole cities.

In testimony to the United States Senate during the Obama administration, physicist Henry Kelly, then president of the Federation of Scientists, outlined a wide range of hypothetical scenarios, depending on the amount and type of nuclear material used and how far it was spread.

A bomb using radioactive caesium from a misplaced or stolen medical device might require the evacuation of an area of several city blocks, making it unsafe for decades.

A piece of radioactive cobalt from a food irradiation plant could, if blasted apart in a bomb in New York, contaminate a 380 square mile (1,000 square km) area and potentially make the island of Manhattan uninhabitable, Kelly said.

WHAT DOES RUSSIA ALLEGE?

Moscow sent a letter detailing its allegations about Kyiv to the United Nations late on Monday, and diplomats said Russia planned to raise the issue at a closed meeting with the Security Council on Tuesday.

The head of Russia’s nuclear, biological and chemical protection troops, Lieutenant General Igor Kirillov, told a media briefing Ukraine’s aim for such an attack would be to blame Russia.

“The aim of the provocation would be to accuse Russia of using a weapon of mass destruction in the Ukrainian military theatre and by that means to launch a powerful anti-Russian campaign in the world, aimed at undermining trust in Moscow.”

WHAT IS THE RESPONSE OF UKRAINE AND THE WEST?

Kyiv and its Western allies say Moscow’s allegation that Ukraine would intentionally make some of its own territory uninhabitable is absurd, especially at a time when Ukrainian forces are recapturing territory on the battlefield.

In a joint statement, the United States, Britain and France called the Russian allegations “transparently false” and warned Moscow against using them as a “pretext” for escalation.

The Kremlin warned the West on Tuesday it was dangerous to dismiss Moscow’s position.

Ukrainian President Volodymyr Zelenskiy suggested Moscow might be using the allegations as cover for plans for a similar attack of its own: “If Russia calls and says that Ukraine is allegedly preparing something, it means one thing: Russia has already prepared all this.”

AUSTIN, Texas--(BUSINESS WIRE)--As the first multifamily management company to be recognized in the Public Relations and Marketing Excellence Awards, … END_OF_DOCUMENT_TOKEN_TO_BE_REPLACED

There have been whispers of cooling housing and rental prices in the San Francisco Bay Area, but that hasn't yet translated into practical, noticeable … END_OF_DOCUMENT_TOKEN_TO_BE_REPLACED

Cars pass in Independence Square at twilight in Kyiv, Ukraine, Monday, Oct. 31, 2022. Rolling ... [+] blackouts are increasing across Ukraine as the … END_OF_DOCUMENT_TOKEN_TO_BE_REPLACED