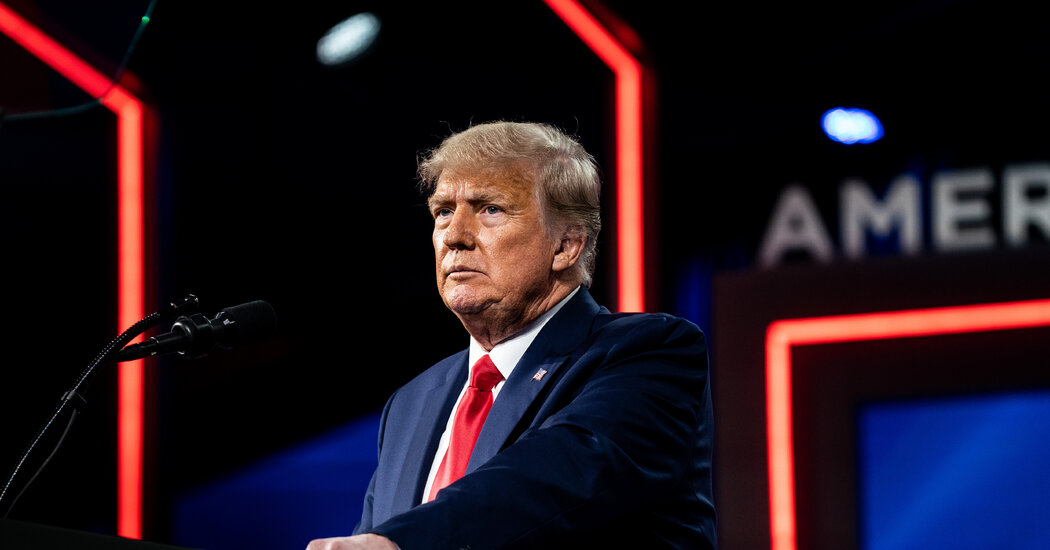 Facebook’s Oversight Board, an independent and international panel that was created and funded by the social network, plans to announce on Wednesday whether former President Donald J. Trump will be able to return to the platform that has been a critical megaphone for him and his tens of millions of followers.

The decision will be closely watched as a template for how private companies that run social networks handle political speech, including the misinformation spread by political leaders.

Mr. Trump was indefinitely locked out of Facebook on Jan. 7 after he used his social media accounts to incite a mob of his supporters to storm the Capitol a day earlier. Mr. Trump had declined to accept his election defeat, saying the election had been stolen from him.

At the time that Facebook barred Mr. Trump, the company’s chief executive, Mark Zuckerberg, wrote in a post: “We believe the risks of allowing the president to continue to use our service during this period are simply too great.”

the company referred the case of Mr. Trump to Facebook’s Oversight Board for a final decision on whether the ban should be permanent. Facebook and the board’s members have said the panel’s decisions are binding, but critics are skeptical of the board’s independence. The panel, critics said, is a first-of-its-kind Supreme Court-like entity on online speech, funded by a private company with a poor track record of enforcing its own rules.

Facebook’s approach to political speech has been inconsistent. In October 2019, Mr. Zuckerberg declared the company would not fact check political speech and said that even lies by politicians deserved a place on the social network because it was in the public’s interest to hear all ideas by political leaders. But Mr. Trump’s comments on Jan. 6 were different, the company has said, because they incited violence and threatened the peaceful transition of power in elections.

On Monday, Mr. Trump continued to deny the election results.

“The Fraudulent Presidential Election of 2020 will be, from this day forth, known as THE BIG LIE!,” he said in an emailed statement.

The Seattle Seahawks are very much still in the running for Baker Mayfield. (Photo by Stacy ... [+] Revere/Getty Images) Getty Images The Seattle … END_OF_DOCUMENT_TOKEN_TO_BE_REPLACED

LANSING, Mich. — At least 357 sitting Republican legislators in closely contested battleground states have used the power of their office to discredit … END_OF_DOCUMENT_TOKEN_TO_BE_REPLACED