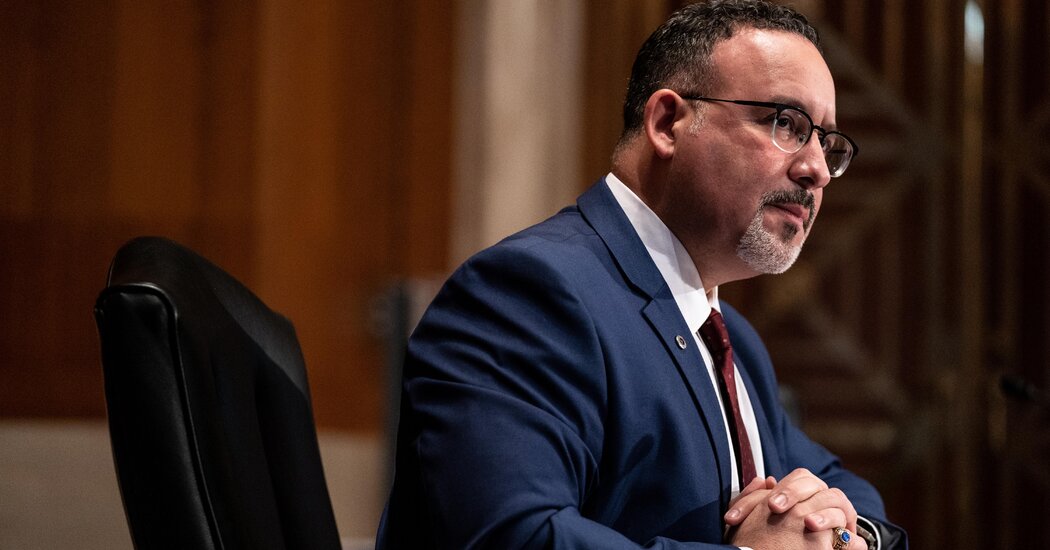 About a million student loan borrowers who were left out of earlier relief efforts are getting a reprieve — but only if they defaulted on their loans.

The Education Department said on Tuesday that it will temporarily stop collecting on defaulted loans that were made through the Family Federal Education Loans program and are privately held.

“Our goal is to enable these borrowers who are struggling in default to get the same protections previously made available to tens of millions of other borrowers,” said Education Secretary Miguel Cardona.

The change, however, still leaves millions of other borrowers in that program responsible for payments while the bulk of the country’s student loan borrowers have had theirs paused.

borrowers who are still making payments on those privately held F.F.E.L. loans or have fallen only a few months behind. There are around 5.4 million borrowers in that category, who together owe $134 billion, according to Education Department data.

Tuesday’s announcement is intended to prevent defaulted borrowers from having their tax refunds seized by the Treasury Department through a program that is often used to collect overdue student loan debts. Any seized refunds or wage garnishments that were taken since March 2020 will be retroactively refunded, the Education Department said.

The freeze will extend through Sept. 30, when collections are scheduled to restart on all federal student loans. Nearly everyone who is eligible for the freeze has taken advantage of it: Of the nearly 43 million people with federally owned loans, only 400,000 are still making payments, according to Education Department data.

Kevin McKenzie and Martine van Hamel were standing in the dining room of their weekend house in Woodstock, N.Y., trying to figure out when they got … END_OF_DOCUMENT_TOKEN_TO_BE_REPLACED