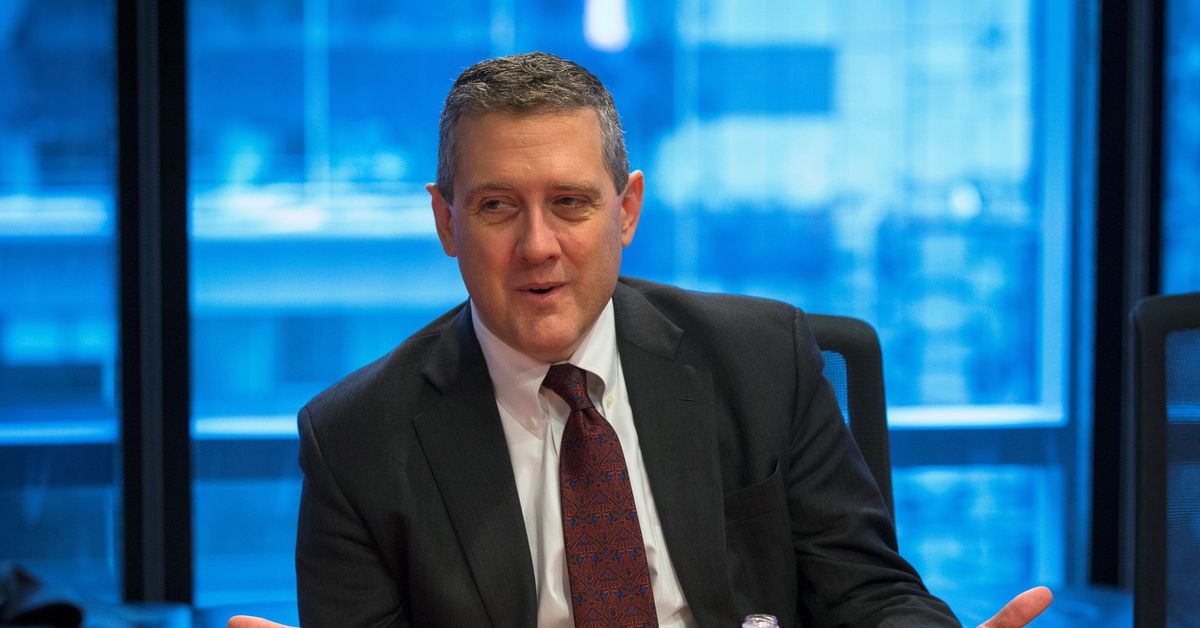 May 6 (Reuters) – Two of the Federal Reserve’s most outspoken policy hawks on Friday pushed back on the view that the U.S. central bank missed the boat on the fight against high inflation, citing a tightening of financial conditions that began well before the Fed began raising interest rates in March.

“How far behind the curve could we have possibly been in terms of time if, using forward guidance, one views rate hikes effectively beginning in September 2021?” Fed Governor Christopher Waller said, noting that yields on the two-year Treasury note rose last fall as the Fed began to signal the end of its super-easy policy.

The movereflected the equivalent of two Fed rate hikes through December, he said.

Speaking at the same Stanford University conference, titled “How monetary policy got behind the curve,” St. Louis Fed President James Bullard argued that the Fed is “not as far behind the curve as you might have thought.”

Earlier this week the Fed raised its policy rate to a range of 0.75% to 1%. Critics say that is far too low to fight inflation running at three times the Fed’s 2% target.

Bullard said he agrees, calling inflation “far too high,” and call for ratesto rise “expeditiously,” toperhaps 3.6%, to bring inflation under control. But he noted that markets are already pricing much of that increase in.

Traders of rate futures are currently pricing in a Fed funds rate of 3% to 3.25% by year end.

“It’s going in the right direction … hopefully we’ll be able to get away from this behind-the-curve characterization soon,” Bullard said.

The two were among the first Fed policy makers last year to call for a rapid removal of easy monetary policy and a quicker start to raising interest rates.

Bullard, in fact, dissented on the Fed’s March quarter-point rate hike as too little.

But both joined their colleagues in approving the half-point rate hike delivered this week. Fed Chair Jerome Powell, speaking after the rate decision was announced, signaled further increases ahead, including half-point rate hikes in both June and July.

Waller used his talk Friday to trace how economic data first seemed to ratify, then challenge, his own view from last spring: that inflation would prove transitory as supply chains healed and one-time fiscal stimulus faded, and that the labor market was primed to roar back as COVID-19 receded.

Most of his colleagues shared in the first view; opinions were more divided on the second. In the end, Waller said, inflation proved to be much higher and more persistent than he had thought.

At the same time he described the “punch in the gut” he felt as two weaker-than-expected monthly jobs reports in August and September seemed to undercut the thesis of labor market healing.

As it turned out, later data revisions showed the U.S. labor market had been stronger than the real-time data suggested.

“If we knew then what we know now, I believe the (Fed) would have accelerated tapering and raised rates sooner,” Waller said. “But no one knew, and that’s the nature of making monetary policy in real time.”

By early November, most policymakers had come around to the view that high and rising inflationwould not drop quickly enough on its own, and business demand for workers was far outpacing a slow-to-recover labor market supply.

“It was at this point … that the FOMC pivoted,” Waller said. The Federal Open Market Committee, known as the FOMC, is the Fed’s policy-setting body.

The conference featured several former Fed policymakers and economists who argued that the Fed had fallen so far behind the curve that it would almost surely end up causing a recession as it sought to catch up by raising rates faster. read more

Former Fed Vice Chair of Supervision Randal Quarles, who says he was the Fed’s most hawkish member until Waller joined late last year, told the conference that in hindsight it’s clear “it would have been better to start raising rates last September.”

It wasn’t a failure of nerve, or politics, or stupidity, he said Friday. “It was a complicated situation with little precedent, and people make mistakes.”

America is absorbing the shock of another bloody mass shooting, a day after an 18-year-old man wearing body armour and carrying assault rifles entered … END_OF_DOCUMENT_TOKEN_TO_BE_REPLACED

Once home to baseball Hall of Famer Ty Cobb, this estate rests on the eastern shores of Lake Tahoe. Now, 1472 Flowers Ave. is on the market asking … END_OF_DOCUMENT_TOKEN_TO_BE_REPLACED