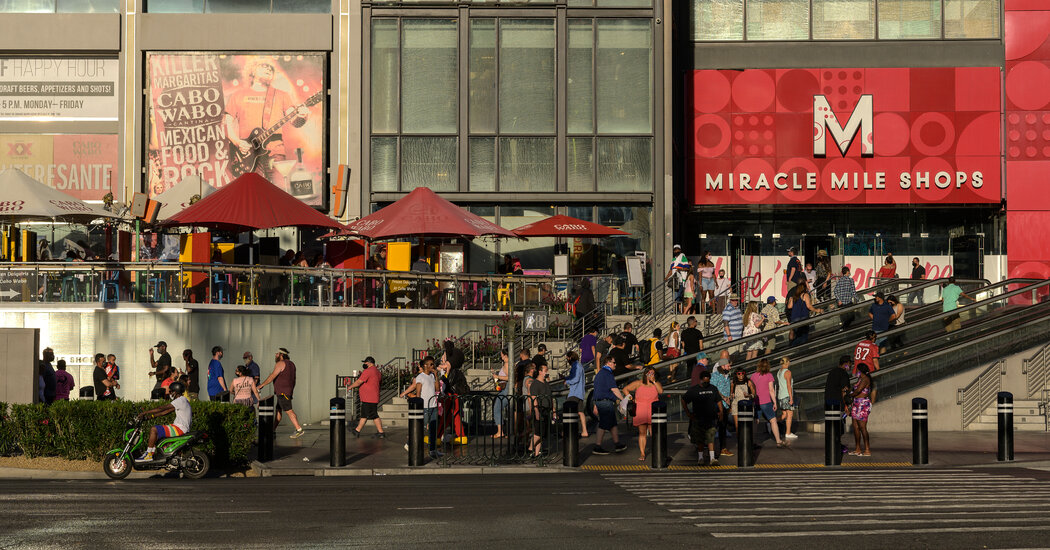 Inflation jitters are popping up in earnings call chatter, spooking investors and dominating business television talk shows. One place they aren’t taking over, it appears, is the Federal Reserve.

America’s central bank is responsible for fostering maximum employment and stable inflation — making it the first line of defense against fast price gains. Fed officials have been clear for months that they expect prices to pop this spring and summer as the economy reopens but that they think the jump will prove temporary. By and large, they are sticking to that script.

During a volley of speeches and appearances on Wednesday, central bank policymakers made clear that they do not think incipient price pressures are going to prove painful or last long. Some suggested that they would even welcome what a hotter economy might have to offer.

“You talk about the economy overheating, you kind of go: ‘Gosh, I kind of like producing as much as we can,’” Charles Evans, president of the Federal Reserve Bank of Chicago, said during a call with reporters. “Why would you like unemployment to be higher when it can be lower? It depends on what the added cost is.”

aims for inflation at 2 percent on average over time, so it is currently angling for a period of slightly higher price gains to offset years and years of very weak gains. Price pressures are picking up a bit from very slow readings a year ago during the worst of the pandemic shutdowns, and economists think supply bottlenecks could keep them elevated for a time as producers try to ramp up for a national reopening.

But officials have been clear they do not expect that situation to force them to rapidly dial back the policies they have in place to bolster the economy — buying $120 billion in government-backed bonds per month and keeping interest rates at rock bottom.

“We’re still a long way away from our goals, and in our new framework we want to see actual progress, not just forecast progress,” Richard H. Clarida, the central bank’s vice chair, said on CNBC on Wednesday afternoon. “As we move through the year, we’ll get more data.”

The Fed’s policymakers have repeatedly said they want to see “substantial further progress” before slowing bond purchases, and full employment and 2 percent inflation with evidence that it will stay above that level for some time before lifting interest rates.

They’ve drawn a distinction between inflation that jumps in 2021 because of reopening quirks and sustainable price pressures that suggest they’ve achieved their goals.

prepared remarks released Wednesday morning. “I am encouraged by the recent pace of the economic recovery, and I remain optimistic that this strength will continue in the coming months.”

If prices take off, the Fed could dial back its buying or lift rates. Either move would make borrowing more expensive, likely slowing the economy and denting the stock market.

“Our baseline view is that we don’t overheat,” Mr. Clarida said. “If there are unforeseen, persistent upward pressures on prices,” then “we would use our tools to bring it down.”

Historically, abrupt Fed policy changes have at times set off recessions. That’s why some economists are worried. If the Fed is forced to act to choke off pesky price pressures, it entails real risks for the economy that could hurt the most vulnerable, who tend to lose jobs first in downturns.

avoid taking too defensive a position.

If the Fed signals that it may lift rates sooner and market-based financial conditions tighten in response — often the case with central bank communications — it could make borrowing more expensive and slow the economy. In that event, it might take longer for the labor market to reach full strength.

“Why do we have bottlenecks?” Ms. Daly asked on Twitter on Wednesday. “Newly vaccinated people are spending, so we have a ‘freedom-induced demand spurt.’ Producers have to catch up. So ride through the temporary pops in inflation — the economy’s in transition.”

Mr. Evans said he wished people who fretted about an overheating economy would explain precisely how high they thought inflation was about to go — and how the economy was going to get to a place where prices remained sustainably hotter.

“I really wish that people who say they’re concerned about inflation, that they would sort of fill in the dots on exactly what kinds of numbers are you talking about,” Mr. Evans said.

He also expressed comfort in the possibility that wages might rise, even if companies didn’t have the pricing power to pass that on as inflation, forcing businesses to eat higher costs and cutting into their profits.

Listed on April 21 for $2,395,000 with Adam Weissman of Coldwell Banker Bain of Lake Union, the gorgeous four-bedroom brick home was sold on May 6 for … END_OF_DOCUMENT_TOKEN_TO_BE_REPLACED