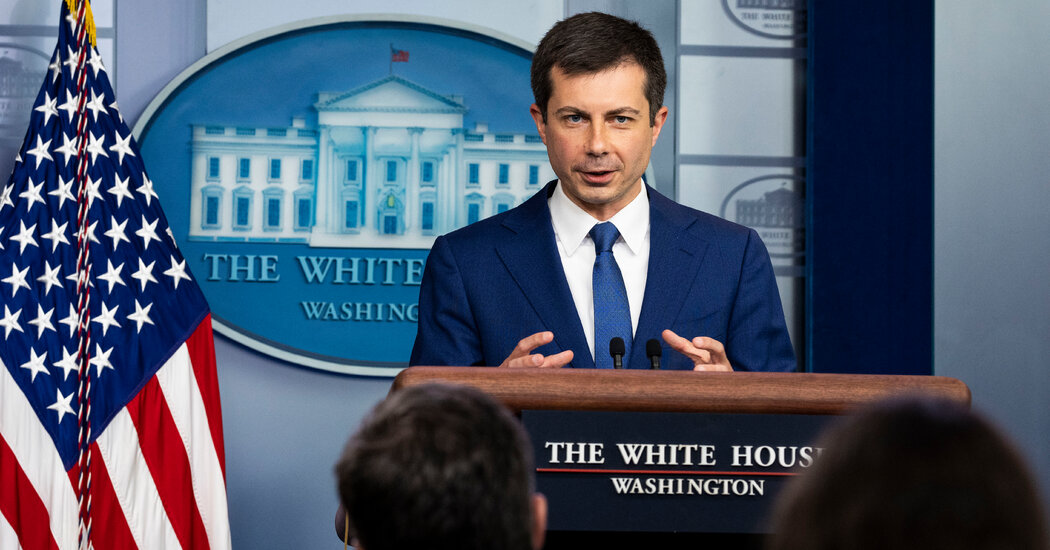 The transportation secretary said Monday that the safety of flights operated by U.S. airlines over Belarus should be reviewed after the Eastern European country forced a commercial flight to land in order to seize a dissident on board.

“That’s exactly what needs to be assessed right now,” the secretary, Pete Buttigieg, told CNN. “We, in terms of the international bodies we’re part of and as an administration with the F.A.A., are looking at that because the main reason my department exists is safety.”

The comments came after the authoritarian leader of Belarus dispatched a fighter jet on Sunday to intercept a Ryanair plane carrying the journalist Roman Protasevich. The plane was forced to land in Minsk, the Belarusian capital, where Mr. Protasevich was arrested.

The secretary of state, Antony J. Blinken, condemned the forced diversion, saying it was a “shocking act” that “endangered the lives of more than 120 passengers, including U.S. citizens.” And Michael O’Leary, the chief executive of Ryanair, an Irish-based low-cost carrier, called the operation a “state -sponsored hijacking.”

called the re-routing to Minsk “utterly unacceptable,” adding that “any violation of international air transport rules must bear consequences.”

Though not a major European hub, Minsk is served by multiple international airlines, including Lufthansa, KLM, Turkish Airlines and Air France. Delta Air Lines and United Airlines offer flights to Minsk through their partnerships with those European airlines as well as through Belavia, the Belarusian national carrier.

Belarus sits between Poland and Russia and also has borders with Ukraine, Lithuania and Latvia, putting it in the path of some flights to and from major European airports.

The Seattle Seahawks are very much still in the running for Baker Mayfield. (Photo by Stacy ... [+] Revere/Getty Images) Getty Images The Seattle … END_OF_DOCUMENT_TOKEN_TO_BE_REPLACED

(CNN) — Kim Kyung-seop recalls going to cheap bars after class with his friends, where they binged on as much makgeolli as possible. "You know the … END_OF_DOCUMENT_TOKEN_TO_BE_REPLACED