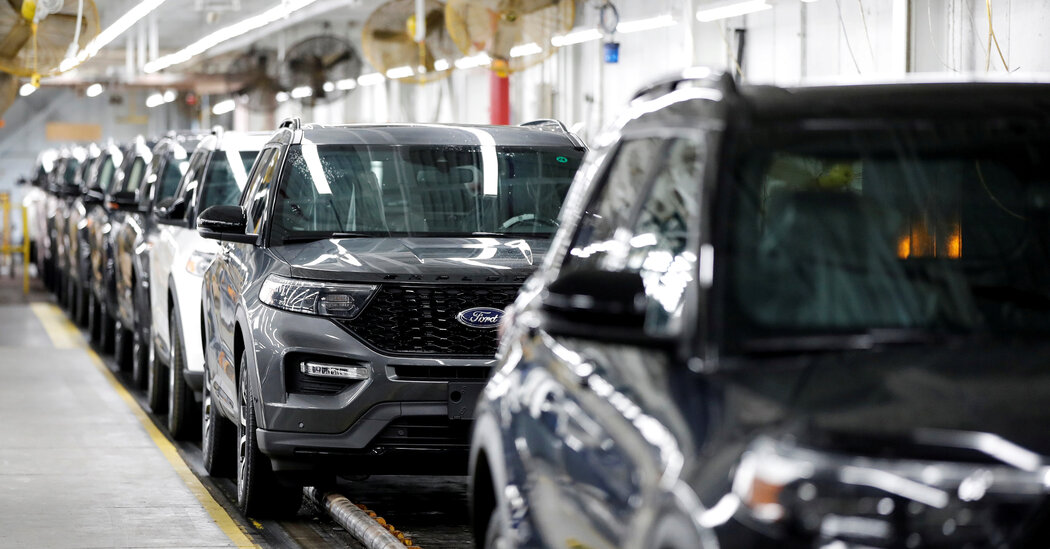 WASHINGTON — The Supreme Court on Thursday made it easier for consumers injured by products to sue their manufacturers, unanimously ruling that courts have jurisdiction over lawsuits filed in the consumers’ home states notwithstanding that the products were made and sold elsewhere so long as the manufacturers did substantial business in the states.

The case arose from two car accidents involving vehicles made by Ford Motor Company. In one, Markkaya Gullett was driving her 1996 Explorer near her Montana home when the tread separated from a tire. The vehicle spun into a ditch and flipped over, and Ms. Gullett died at the scene. Her estate sued Ford in state court in Montana.

In the other, Adam Bandemer was a passenger in a 1994 Crown Victoria, on his way to do some ice-fishing in Minnesota, when the driver rear-ended a snowplow. The passenger-side airbag failed, and Mr. Bandemer sustained serious brain damage. He sued in state court in Minnesota.

Ford argued that the courts lacked jurisdiction because the company did not have a relevant connection to those states. It had designed the vehicles in Michigan; it had manufactured the Explorer in Kentucky and sold it in Washington State; and it had manufactured the Crown Victoria in Canada and sold it in North Dakota. (The cars ended up in Montana and Minnesota after they were resold.)

quoting an earlier decision. “Their residents, while riding in vehicles purchased within their borders, were killed or injured in accidents on their roads. Can anyone seriously argue that requiring Ford to litigate these cases in Minnesota and Montana would be fundamentally unfair?”

Justice Neil M. Gorsuch, joined by Justice Clarence Thomas, also filed a concurring opinion in the case, Ford Motor Company v. Montana Eighth Judicial District Court, No. 19-368, saying the court’s jurisprudence in this area was muddled and out of step with the modern reality of “corporations with global reach.”

DONETSK REGION, Ukraine — Between the cracks of mortar fire and the metallic bangs of Russian self-detonating mines, Yurii, a Ukrainian Army medic, … END_OF_DOCUMENT_TOKEN_TO_BE_REPLACED

SAN FRANCISCO — Cleve Jones has lived in the Castro neighborhood for nearly 50 years, almost from the day he graduated from high school in Phoenix and … END_OF_DOCUMENT_TOKEN_TO_BE_REPLACED