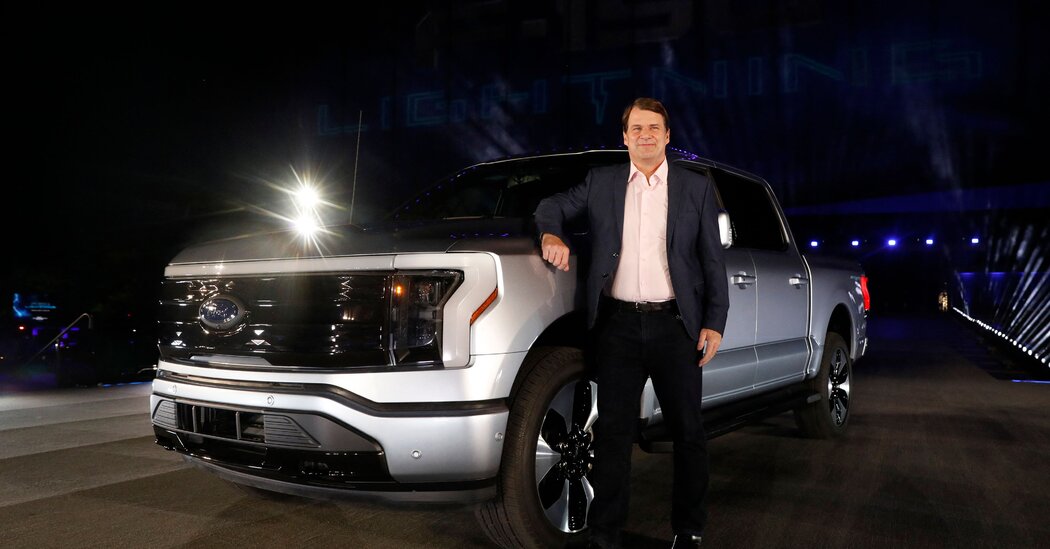 Ford Motor said on Wednesday that it would increase spending on electric vehicles by about a third from its previous plans and expects E.V.s to make up 40 percent of its production by 2030, a big increase in its commitment to the electrification of cars and trucks.

The company intends to spend $30 billion in the five years ending in 2025, up from the previous target of $22 billion. It also said it had accepted 70,000 reservations for the F-150 Lightning, the electric version of its top-selling pickup truck.

“This is our biggest opportunity for growth and value creation since Henry Ford started to scale the Model T,” Ford’s chief executive, Jim Farley, said in a statement.

Ford has gone from being a relative latecomer to battery-powered vehicles to making them a central focus. The company recently started delivering an electric sport utility vehicle, the Mustang Mach-E, that has sold well and been praised by car reviewers. The model also appears to have taken market share from Tesla, which until recently dominated the electric car market. Last week, Ford introduced the F-150 Lightning, and President Biden drove the truck at a company track in Michigan and praised its rapid acceleration.

The increase in spending reflects new investments in better technology and production. Last week, Ford said it would form a joint venture with a South Korean company, SK Innovation, to manufacture battery cells at two plants in the United States for future Ford and Lincoln vehicles.

MIAMI — In a welcome but likely brief victory for supporters of abortion rights, a judge in Florida blocked a state law banning abortions after 15 … END_OF_DOCUMENT_TOKEN_TO_BE_REPLACED

NEW YORK--(BUSINESS WIRE)--Stake, which provides Cash Back and banking services to renters, announced today the completion of its $12 million Series A … END_OF_DOCUMENT_TOKEN_TO_BE_REPLACED

The Sacramento home where Ronald and Nancy Reagan lived during his tenure as governor of California has hit the market for $5 million.Built in 1929, … END_OF_DOCUMENT_TOKEN_TO_BE_REPLACED