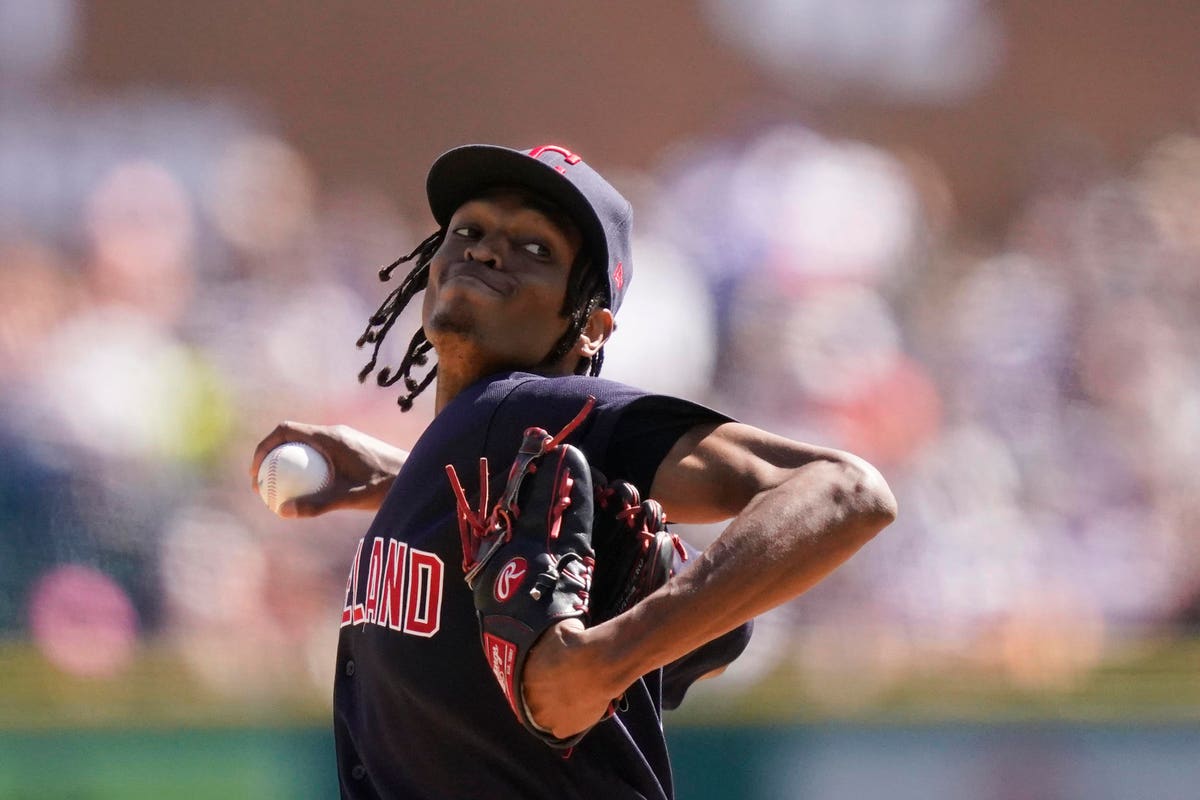 For most of Sunday afternoon the crowd of 25,684 at Comerica Park in Detroit wondered which would happen first: the Tigers’ Miguel Cabrera hitting his 500th career home run? Or Triston McKenzie pitching the first perfect game by a Cleveland Indians pitcher in 40 years?

Or, better yet, how about this: Cabrera breaking up McKenzie’s perfect game by hitting his 500th home run.

History was oozing from both dugouts, but as it turned out, history would have to wait for another day.

Cabrera didn’t hit his 500th home run, and McKenzie didn’t pitch a perfect game. McKenzie struck out Cabrera for the third out of the seventh inning, putting the 24-year-old right-hander six outs away from a perfect game.

He retired the first two batters in the eighth inning, but, just four outs from perfection, He lost his perfect game and his no-hitter, when Harold Castro stroked a two-out single to right field.

“I made a good pitch and he beat me,” said McKenzie. “It was a fastball inside. I felt it was the right pitch, but I couldn’t get it by him.”

The final score of the game: Cleveland 11, Detroit 0, History 0.

Following Castro’s hit, McKenzie, on his 106th and final pitch of the day, struck out the next hitter, Willi Castro – McKenzie’s career-high 11th strikeout – for the final out of the eighth inning. Indians interim manager DeMarlo Hale then brought in Emmanuel Clase to pitch the ninth.

“I started thinking about it in the third inning,” said McKenzie, of the possibility of pitching a perfect game. “I just told myself, ‘If it happens, it happens.’”

Instead, it almost happened.

“I’m sorry he didn’t get it. That would have been something special,” said Hale. “He’s got a long time to pitch. He’ll be around awhile, and get another opportunity.”

Pitching a perfect game in what will likely be the Indians’ worst season in 10 years – their record is 57-59 – would have been the height of irony. But a close second is that it was McKenzie who nearly did it.

The beanpole (6-5, 165 pounds) right-hander has been Cleveland’s top minor league prospect over the last few years, but has struggled to get a foothold at the major league level.

The 2021 season has been a classic example. Four times this season McKenzie has been demoted to and recalled from Triple-A Columbus, thanks to his inconsistency that has produced a confounding stat line.

Entering his start on Sunday McKenzie, in 17 appearances with the Indians, had held opposing batters to a .199 batting average, while averaging 10.4 strikeouts and just 6.5 hits per nine innings. Yet his ERA was a chunky 5.66, and he averaged 5.4 walks per nine innings.

His low point came during a start on June 12 vs. Seattle, when he was removed from the game after walking four of the first six batters he faced. He threw 32 pitches, only 12 for strikes. Following the game, he was sent to Columbus, was recalled a month later, and in his first start pitched seven shutout innings on one hit, with nine strikeouts.

He’s been more consistent since then, and his near-perfect game Sunday in Detroit may be further evidence that he’s turned the corner.

McKenzie’s potential is still too great to give up on, especially given Sunday’s performance, and the fact that the Indians traditionally have built their team around their starting rotation.

The heart of that rotation – Shane Bieber, Aaron Civale, and Zach Plesac – has spent an unfortunate amount of time on the injured list. Plesac is back, but there is no timetable for the return of Bieber (shoulder strain) or Civale (sprained middle finger). Those injuries, and numerous other ones have combined to torpedo this Indians season.

But, moving forward, if McKenzie is finally ready to take the next step and turn Cleveland’s Big Three into a Big Four next year, the Indians’ absence from this year’s postseason may only be temporary.

“We’re blessed with a lot of good arms here,” said Cleveland catcher Austin Hedges. “It hasn’t been an easy road for (McKenzie) this year, being sent up and down constantly. But everybody knows the type of ability he has. We’ve got the Big Three here, but we’ve got some other dudes on this team that gives us a lot to look forward to in the future.”

The Mississippi River town of Ste. Genevieve, MO, might be the ideal spot for a buyer in search of a refreshing idea.This mixed-use structure on the … END_OF_DOCUMENT_TOKEN_TO_BE_REPLACED

More From ForbesJan 26, 2022,09:00am ESTCompany Named For Jetsons Son Unveils Autonomous Cargo EVTOL Drone Of The Near … END_OF_DOCUMENT_TOKEN_TO_BE_REPLACED

The prison in Hasaka where thousands of Islamic State fighters are held, in 2019.Credit...Ivor Prickett for The New York TimesThe prison at the center … END_OF_DOCUMENT_TOKEN_TO_BE_REPLACED