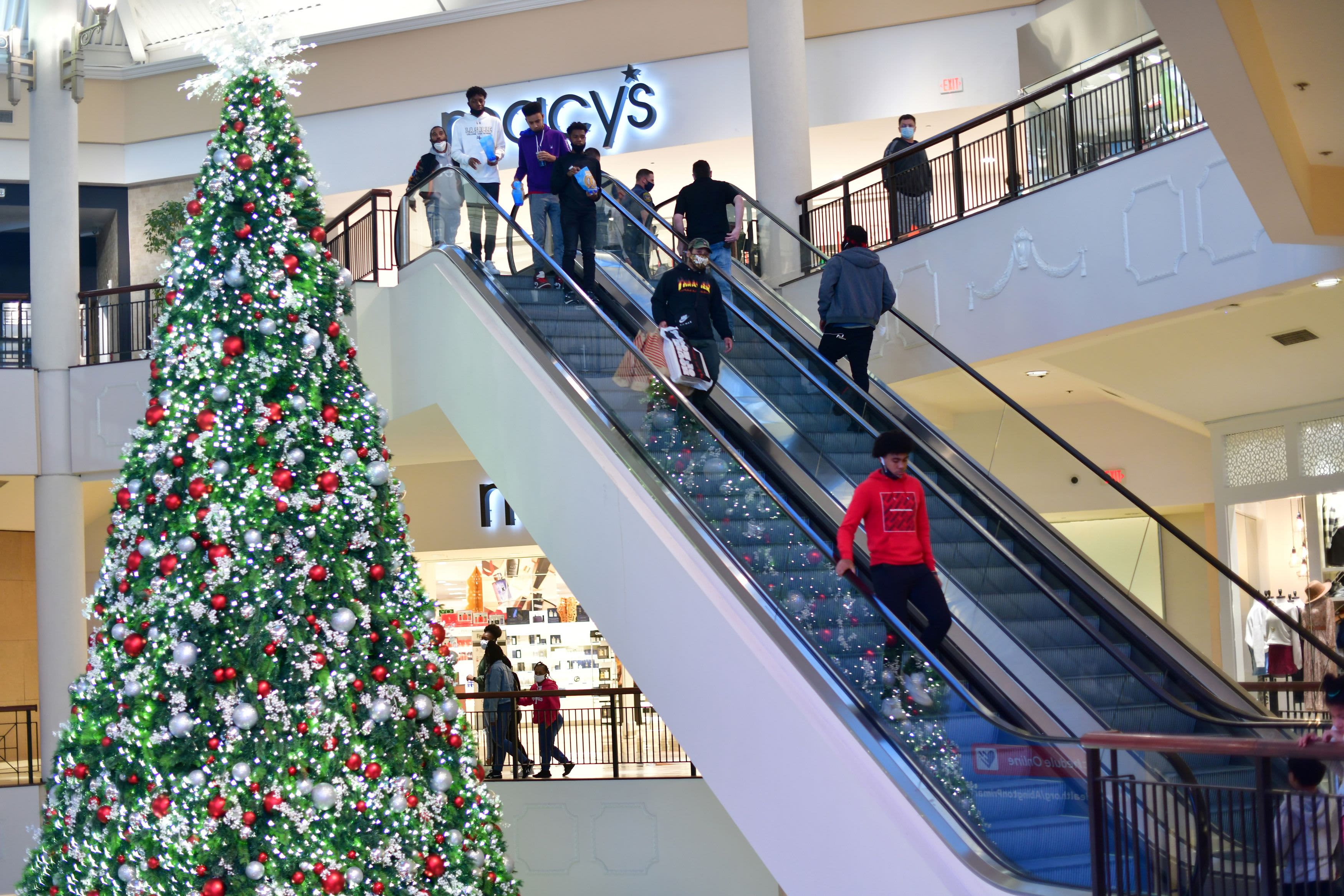 As holiday shoppers gear up for celebrations, they’re preparing for a season that will look noticeably different than a year ago.

Big parties with family and friends. Bustling shopping centers. A trip to see Santa. Perhaps, even a warm-weather getaway. Consumers are seeing more of these holiday rituals as possible again. Nearly three out of every five Americans are vaccinated against Covid-19, and the pace of new coronavirus cases has fallen below the rate of the summer’s surge, giving people more confidence to return to their holiday traditions.

Still, not everything will go back to the way it was before Covid struck.

Shoppers have formed new habits, and new anxieties have emerged. Factory shutdowns, congested ports and labor shortages may mean the selection of gifts may be limited and consumers could easily miss out on a hoped for toy or gift. Prices could prompt some sticker shock, too.

Consumers will likely nimbly shift between shopping online and in stores, and take full advantage of methods like curbside pickup. (Though this holiday, convenience — not crowd avoidance — will drive the decision.) Stores have largely ditched layaway, but other ways have emerged for cash-strapped consumers to finance their holiday purchases.

“Black Friday is going to be like none other,” Macy’s CEO Jeff Gennette told analysts on an earnings call Thursday. “We are closed on Thanksgiving day, which is a big change from where we were in 2019. But we expect our digital business to track very strongly all the day through the holiday … and we are ready for all of the expected traffic that’s going to start [in stores] at 6:00 a.m. the day after Thanksgiving.”

Here’s a closer look at some of the ways that this holiday season is expected to look different than ones of the past:

Holiday e-commerce sales have grown by at least a mid-teens clip from the year prior for as long as Adobe Analytics has been keeping tabs. This year, that’s poised to change.

Online sales in the United States are projected to rise 10% to $207 billion, according to Adobe’s digital economy index. That’s after a massive pandemic-driven runup of 33% last year. Adobe has been tracking more than 100 million products online across 18 product categories on the internet.

“There are a lot of macroeconomic factors at play here … that could push consumers to oscillate between purchasing things online to offline,” said Vivek Pandya, lead analyst at Adobe Digital Insights.

Stories about the supply chain and backlogged ports are likely contributing to more people shopping in stores rather than online, when possible, he said. And after an unprecedented surge in e-commerce spending last holiday season, it was likely that the growth was going to slow, Pandya added. Still, Adobe predicts this will be the first holiday where online spending will top the $200 billion mark.

Thinking about heading to the mall on Black Friday? You’re not alone. Stores are going to be a lot busier than a year ago, as shoppers’ anxieties around venturing out of the house have eased considerably.

The National Retail Federation said it anticipates nearly 2 million more people will shop from Thanksgiving Day through Cyber Monday, even though 61% of shoppers have already begun to buy gifts. The retail trade group worked with Prosper Insights & Analytics to poll 7,837 adults from Nov. 1-10 on their plans and progress.

On Black Friday, 64% said they expect to head to stores to shop, up from 51% last year, NRF said.

ICSC, a trade organization that represents the shopping mall industry, conducted its own survey of 1,005 people from Sept. 24 to Sept. 26, and heard that half of U.S. consumers plan to make more trips to stores to shop for presents this year. Last year, 45% said they planned to visit malls.

Consumers cited being able to touch and feel products, getting what they want immediately, and browsing for gift ideas as top reasons to make the trip. More than three-fourths of people said they plan to visit malls to grab a bite to eat or to use take advantage of other services at the mall.

“The vaccination rate is improving in some of our regions, and in particular in California,” said Jean-Marie Tritant, the U.S. president of global mall owner Unibail-Rodamco-Westfield. “So people feel even more at ease with coming back to places where they can gather.”

Gone are the old-school days of layaway. Consumers have a new way to cover the cost of holiday hauls: Buy now, pay later payment plans.

The use of installment payments is expected to jump in popularity this holiday season. These services allow a shopper to purchase an item, take it home immediately and pay it off in set increments. Layaway, on the other hand, required a retailer to reserve an item and keep that purchased item stashed away for the consumer.

BNPL has become more mainstream as retailers including Macy’s, Walmart and Target strike deals with companies like Affirm, Australia-based Afterpay and Sweden’s Klarna.

Online revenue through buy now, pay later this year is up 10% compared with 2020 and up 45% compared with 2019, according to data from Adobe Analytics. One in four respondents in an Adobe survey said they have used BNPL plans in the last three months, with apparel, electronics and groceries as the top three categories, respectively.

Fans attend a concert by recording artist Machine Gun Kelly during a stop of his Tickets to My Downfall tour at The Theater at Virgin Hotels Las Vegas on October 16, 2021 in Las Vegas, Nevada.

Spa days. Dinner at a fancy restaurant. Tickets to a concert.

Those gifts are returning to the wish list this year, as consumers feel more comfortable being around other people and long for experiences that they missed.

About 43% of consumers plan to redirect their spending to experiences and service gifts this holiday season, according to a holiday shopping survey of roughly 1,500 U.S. consumers in August by consulting firm Accenture. That is even higher among younger generations, with 53% of millennials and 50% of Gen Z saying they are redirecting to more experiential spending, the survey found.

Travel-related gifts, in particular, are on the wish list. Forty percent of older millennials — consumers between 32 and 39 — plan to buy travel vouchers or flight tickets for others during the holiday season, according to the survey.

“There’s a pent-up need to get the heck out,” said Jill Standish, head of Accenture’s retail industry group.

I expect mortgage rates to rise modestly in December, especially toward the end of the month. As we approach the end of 2021, bond traders will cash … END_OF_DOCUMENT_TOKEN_TO_BE_REPLACED