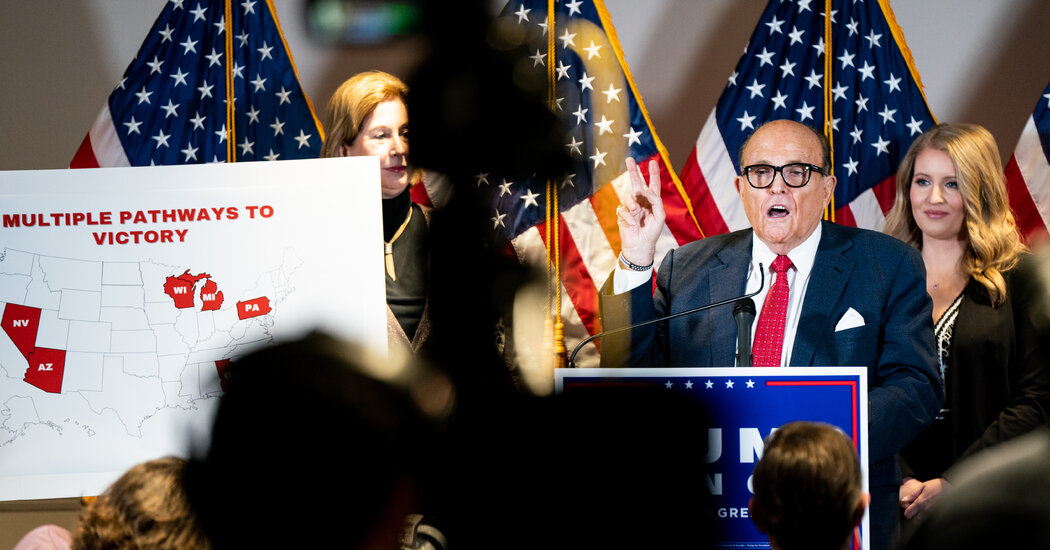 Fox News Media, the Rupert Murdoch-controlled cable group, filed a motion on Tuesday to dismiss a $1.6 billion defamation lawsuit brought against it in March by Dominion Voting Systems, an election technology company that accused Fox News of propagating lies that ruined its reputation after the 2020 presidential election.

The Dominion lawsuit, along with a similar defamation claim brought in February by another election company, Smartmatic, have been widely viewed as test cases in a growing legal effort to battle disinformation in the news media. And it is another byproduct of former President Donald J. Trump’s baseless attempts to undermine President Biden’s clear victory.

In a 61-page response filed in Delaware Superior Court, the Fox legal team argues that Dominion’s suit threatened the First Amendment powers of a news organization to chronicle and assess newsworthy claims in a high-stakes political contest.

“A free press must be able to report both sides of a story involving claims striking at the core of our democracy,” Fox says in the motion, “especially when those claims prompt numerous lawsuits, government investigations and election recounts.” The motion adds: “The American people deserved to know why President Trump refused to concede despite his apparent loss.”

Charles Babcock, who has a background in media law, and Scott Keller, a former chief counsel to Senator Ted Cruz, Republican of Texas. Fox has also filed to dismiss the Smartmatic suit; that defense is being led by Paul D. Clement, a former solicitor general under President George W. Bush.

“There are two sides to every story,” Mr. Babcock and Mr. Keller wrote in a statement on Tuesday. “The press must remain free to cover both sides, or there will be a free press no more.”

a novel tactic in the battle over disinformation, but proponents say the strategy has shown some early results. The conservative news outlet Newsmax apologized last month after a Dominion employee, in a separate legal case, accused the network of spreading baseless rumors about his role in the election. Fox Business canceled “Lou Dobbs Tonight” a day after Smartmatic sued Fox in February and named Mr. Dobbs as a co-defendant.

It’s a property that offers a unique open floor plan—plus a hot tub with a view.“It was a Methodist church located in a historic little area of St. … END_OF_DOCUMENT_TOKEN_TO_BE_REPLACED