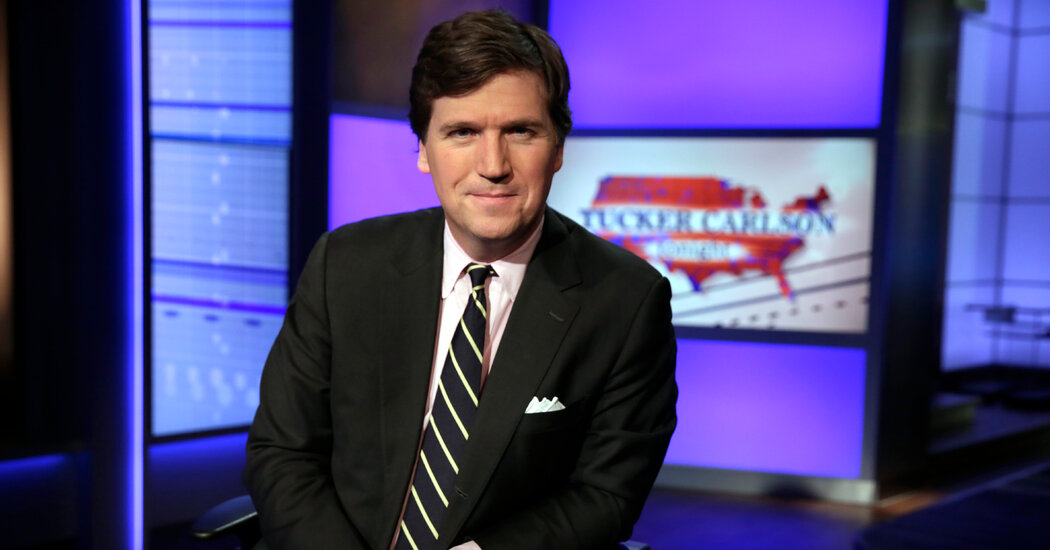 Fox News entered the streaming video market in November 2018 with Fox Nation, a digital subscription service that now encompasses hundreds of hours of original programming including political commentary, documentaries and travel specials like “Castles USA,” in which the host Jeanine Pirro tours castles around the country.

Until now, the network had resisted rebroadcasting its marquee prime-time shows on the streaming service. That is set to change next week, in a significant shift in digital strategy for the Rupert Murdoch-owned channel.

Starting June 2, episodes of “Tucker Carlson Tonight,” “Hannity” and “The Ingraham Angle” will be available on demand on Fox Nation the day after they are shown live on cable. The shift “will add incredible value for subscribers,” Fox Nation’s president, Jason Klarman, said in a statement on Tuesday.

Fox News had reasons to initially avoid duplicating its traditional TV programming on Fox Nation. The channel earns significant revenue from cable distributors that pay to carry Fox News. And the network has the largest total weeknight audience in cable news; viewers who switch over to watch the programs on Fox Nation will not be counted by Nielsen.

Other networks, though, have seen benefits from making their cable programs available in digital venues. The shows can attract new subscribers and widen their viewership to the younger audiences that prefer streaming services.

A monthly subscription to Fox Nation costs $6. The network has declined to share its total number of subscribers. Lachlan Murdoch, the executive chairman of the Fox Corporation, said on a recent earnings call that the first quarter of 2021 had generated Fox Nation’s “highest number of customer acquisitions since launch.”

AUSTIN, Texas--(BUSINESS WIRE)--As the first multifamily management company to be recognized in the Public Relations and Marketing Excellence Awards, … END_OF_DOCUMENT_TOKEN_TO_BE_REPLACED

There have been whispers of cooling housing and rental prices in the San Francisco Bay Area, but that hasn't yet translated into practical, noticeable … END_OF_DOCUMENT_TOKEN_TO_BE_REPLACED

Cars pass in Independence Square at twilight in Kyiv, Ukraine, Monday, Oct. 31, 2022. Rolling ... [+] blackouts are increasing across Ukraine as the … END_OF_DOCUMENT_TOKEN_TO_BE_REPLACED