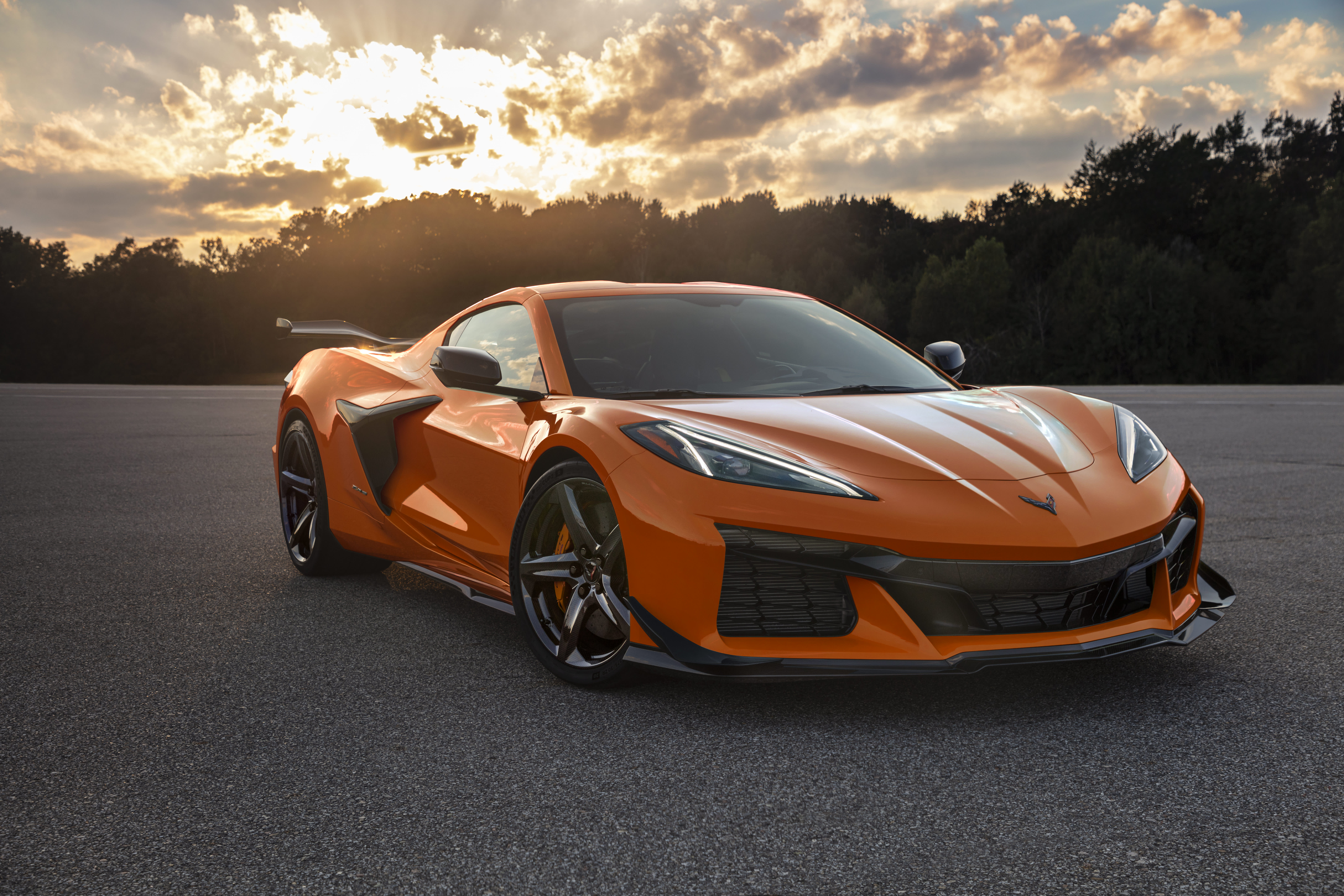 Those who were intimately involved in making the car described it as “otherworldly” and an “utopian version of a sports car.” It’s a street-legal race car designed for the track that allows GM to flex its engineering muscle and draw attention to Corvette, which Morgan Stanley analyst Adam Jonas has said could be a $7 billion to $12 billion franchise for the automaker.

CNBC talked with several team members about the 2023 Corvette Z06, which features a new 5.5-liter V-8 naturally aspirated engine with 670 horsepower and 460 pound-feet of torque – the most powerful engine of its kind in any production car.

In their own words, here’s what Corvette team members had to say about the vehicle and their roles in GM’s most iconic franchise, including the regular Corvette Stingray.

“When I think about why we do this, it’s going to sound funny, but I think about adults giggling. When you put somebody behind the wheel in a Corvette and put them on a good road and just let them go, that’s what you get, adults giggling.  It’s hard to control and it doesn’t get old. You hear the engine, it’s a super passionate machine in an age of hominization of transportation, there aren’t that many unique driver experiences out there. We’ve not only created a unique one, but way out in left field.

“The Stingray is this super nice, sweet, well developed car. This is a little bit of a bad boy. It’s got a little bit of edge to it. Not an edge in meaning tricky handling, but it’s got a lot more attitude, I would say. The character comes through loud and clear from the time you start it to anytime you drive it. The speed of the response of the car, it’s kind of otherworldly.”

“This car represents the utopian version of a sports car to me. It’s a mid-engine architecture and all the inherent goodness that comes from that with a lightweight front end that really amplifies how quick the car turns, and then all the traction in the back where you need it, where you can have a huge power number. And then the natural aspirated engine part of that is kind of what everyone’s always thought of when you think of like this mid-engine supercar/sports car. And we’re doing it, right? And nobody else is really.

“So that’s the beauty to me is being part of that and getting to have a big hand in how that is formed and shaped and comes out … It just makes you smile and we say that a lot about cars, but this one really is like you never want it to stop.”

“The privilege to work on this as a career is huge. This engine, being able to do a clean sheet Z06 dedicated built for this mission, and then just so proud of the engineering team around it. This thing is an engineering masterpiece. To do a 5.5-liter flat plane crank, full mechanical valvetrain engine that’s making 670 horsepower to me is, it’s a highlight of the career …

“Just hearing it all work, feeling the power, all your senses are excited. It’s just exhilarating and it’s what it’s supposed to do and it does it so well. It’s been my baby for a while. It’s exciting.”

“For me, Corvette has always been the dream car, so making our customers dreams come true. I think with the Stingray we started that, giving people a mid-engine, exotic supercar. But with this one, I think it gets into more bringing the racing experience to the driver … The sounds, the way the car feels and handles, you feel like you’re driving the street legal race car, and basically you are. That means a lot and then also at an historic scale … the future or electrification or whatever, and the future will be here someday, obviously, but let’s just reflect on this moment right now. Here’s a pinnacle of technology and naturally aspirated, internal combustion engine.

“This is kind of a golden era where we are able to drive and operate an engine that’s a real engine and makes you feel alive … And so let’s all enjoy this while we can and really appreciate that we’re able to offer a supercar like this that is relatively attainable that people who work hard can afford it and drive it, and it’s American and people can be proud of having something that was designed, built and engineered here in America that can take on the world’s best and win.”

“I think we would all say it’s a dream assignment, it’s a dream job. Especially anyone that’s a car guy and a gearhead, to get to work on any performance car, but especially Corvette, of course we’re bias. And then this Corvette makes it even more special. So, we’re all really glad that we get to do this job, super appreciated of it and very lucky …

“This car is for the thrill of driving. It’s for people who enjoy the driving experience, right? The journey as much as the destination. And when you’re in a car, especially this car, the new Z06, you feel not just the freedom to be able to go wherever you want, but like you’re a superhero, enjoying that freedom because you can go wherever you want, however you want; take on anything on the road or the track and compete and win. To have that kind of freedom in a car like this is something really special.”

I expect mortgage rates to rise modestly in December, especially toward the end of the month. As we approach the end of 2021, bond traders will cash … END_OF_DOCUMENT_TOKEN_TO_BE_REPLACED