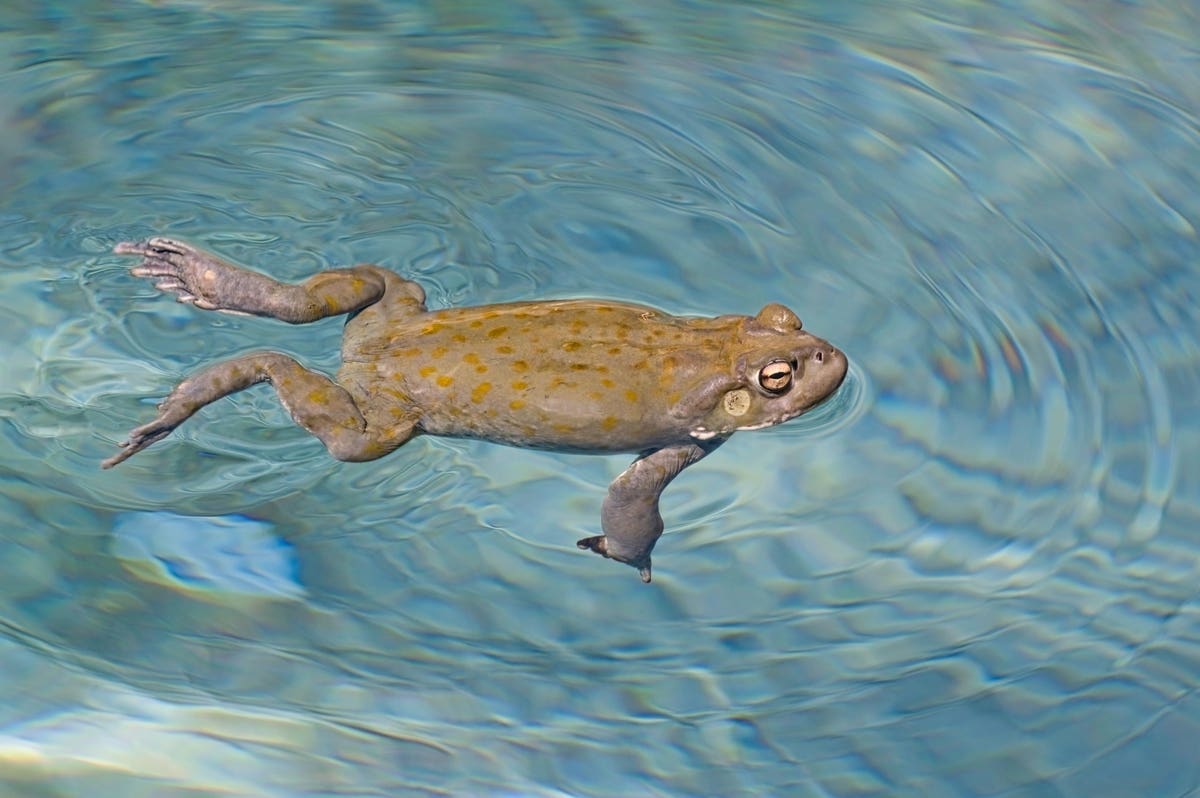 A once obscure psychoactive substance of the underground, psychedelic toad venom has officially hit the mainstream after HGTV celebrity Christina Haack’s Instagram post about experiencing the potent drug, saying it changed her mental outlook for the better.

Next to a photo with Haack’s boyfriend Joshua Hall, the Christina on the Coast star wrote, “I met Josh when I wasn’t in a state of fear or fight-or-flight … I had taken time off social, hired a spiritual coach and smoked a Bufo toad, which basically reset my brain and kicked out years of anxiety in 15 mins.”

While it’s unlikely that she smoked an actual toad – typically it’s the defense secretions collected from the Bufo alvarius toad that are vaporized – her experience of a mental reset is right in line with what users say about experiencing 5-MeO-DMT, the key psychoactive molecule in toad venom. Many who have sampled the substance say that it is the most powerful psychedelic on the planet, with onset happening seconds after inhaling and effects lasting for 15-20 minutes on average. Those who’ve taken toad venom report sensations of eternal bliss and boundlessness, some encountering themselves as God or the unitary consciousness that underlies all of reality.

That’s obviously something most humans do not experience very often – if ever at all.

Haack isn’t the first celebrity to find solace and meaning in the currently illegal (in the U.S.), Schedule 1 substance. In 2018, heavyweight boxing champ Mike Tyson was one of the first A-listers to publicly reveal that he’d used the toad with great success. “It’s almost like dying and being reborn,” he said on The Joe Rogan Experience podcast. “It’s inconceivable.” More recently, Hunter Biden wrote in his book Beautiful Things about his experience using toad venom and how it helped him break free of a persistent crack cocaine addiction for one year. “I know it sounds loopy,” he writes of his toad venom treatment, “yet whatever else it did or didn’t do, the experience unlocked feelings and hurts I’d buried deep for too long. It served as a salve.”

Those sentiments of the drug’s worth as a mental health tool are echoed in clinical trials that are currently happening in Europe using synthetic versions of the 5-MeO-DMT molecule. Ireland-based GH Research, which went public on Nasdaq last month, is working at research that may establish what diligent practitioners and providers in the underground have believed for decades: That 5-MeO-DMT may be effective as a medicine for treatment-resistant depression. Those trials, using a nasal inhalant, which are being performed in controlled settings and conducted by medical professionals, have strict safety protocols and controls in place. That cannot be said for all instances of use outside of medical settings.

Because the 5-MeO-DMT experience is no small undertaking, potentially shattering a person’s world view in a matter of minutes, skilled practitioners say that one should enter into its use after careful thought and analysis of the pros and cons. Martin W. Ball, Ph.D., who is a nondual entheogenic educator, author, and host of the Entheogenic Evolution Podcast, weighed in on Haack’s post – and specifically what she didn’t say.

“What Christina doesn’t communicate in her relationship post is that 5-MeO-DMT is the most profound experience that a person can have, and that it isn’t just a normal part of an influencer’s life, like avoiding the paparazzi, starting a new relationship, or chilling on the beach,” says Ball. “There’s a reason why 5-MeO-DMT can reset one’s brain and help one overcome years of anxiety in 15 minutes. It’s the most monumental, and potentially worldview and identity shattering experience a person can have, where within seconds of inhaling the smoke or vapor, the individual is instantaneously launched into a potential ego-death experience and complete absorption into an encounter of the self as God, or the unitary consciousness that underlies all of reality.”

There’s also so much more to know about the experience than the roughly 15 minutes spent on the drug, something that Haack didn’t mention in her IG post. A current facilitator of 5-MeO-DMT, who has guided many people through use of the substance (and asked that her identity be kept anonymous), shared that while Bufo alvarius is effective at helping people like Haack overcome anxiety, there’s a much bigger picture to the landscape of healing through toad. “The venom should not be viewed as a ‘one-and-done’ solution for anxiety and depression,” she says. “Additional support, preferably with a psychedelic-friendly therapist or trauma-sensitive practitioner or consultant, is advised when working with psychedelics and anxiety and/or depression.”

Because the drug is not considered a controlled substance in either Mexico or Canada, it is openly available in those countries for use on a lark. But prospective seekers should exhibit caution.

“Meeting yourself as God is not a casual event, and even those who have a profoundly beyond-words positive experience can subsequently have deep challenges to integrating the experience and making sense of what they’ve encountered and discovered,” says Ball. “Getting the rug of reality pulled out from underneath you in a matter of seconds just isn’t within most people’s skill set of how to properly integrate.”

Facilitators of 5-MeO-DMT are also worried about what popularity of the substance will mean for Bufo alvarius toads, a species that is being harassed and hunted into near extinction. “When an underground market exists, greed will follow and drive pressure on the naturally occurring population,” says one facilitator. “And tragically, when a resource is dwindling, exploitation will often increase, which is a common phenomenon in conservation. Fortunately, there is growing awareness among 5-MeO-DMT practitioners, and people and non-profits, like the Tucson Herpetological Society, working to get the word out to save Bufo alvarius and use synthetic instead.”

This is all probably way more than Haack realized she was getting into with her update about “smoking a toad.” But perhaps with 1.6 million followers comes some responsibility to inform people.

“There’s no going back from a 5-MeO-DMT experience, and there’s no going back from world-wide awareness of Bufo alvarius,” says Ball. “I guess if I had one suggestion, it would be to ask Christina to give her followers a little more context, perhaps a link to where they can learn more, and caution that the toad should be taken seriously, as it is most definitely not just a casual subject for Instagram likes and shares.”

Here are the most important news, trends and analysis that investors need to start their trading day:1. Stock futures mixed after S&P 500's record … END_OF_DOCUMENT_TOKEN_TO_BE_REPLACED

A flashy estate in Palm Springs, CA, has landed on the market for $11.8 million. It's a fascinating mix of Las Vegas-style glamour in an old-school … END_OF_DOCUMENT_TOKEN_TO_BE_REPLACED