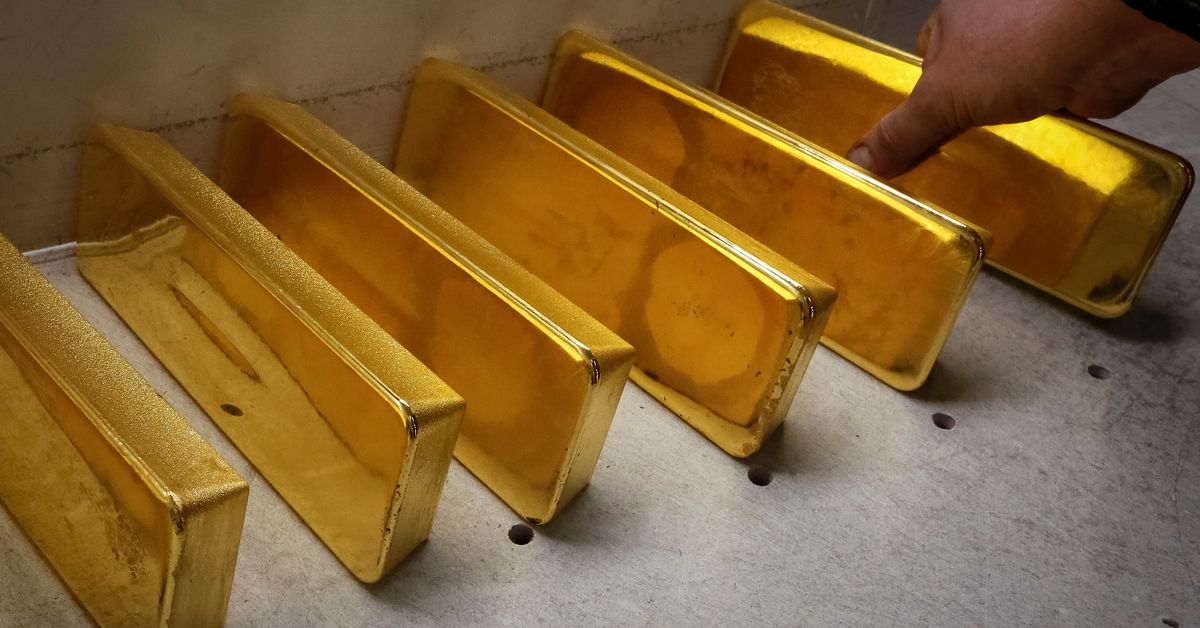 An employee stores newly casted ingots of 99.99 percent pure gold after weighing at the Krastsvetmet non-ferrous metals plant, one of the world’s largest producers in the precious metals industry, in the Siberian city of Krasnoyarsk, Russia November 22, 2018. REUTERS/Ilya Naymushin

KRUEN, Germany, June 26 (Reuters) – The Group of Seven rich democracies will announce a ban on imports of Russian gold on Tuesday, as part of ongoing efforts to hold Russia accountable for its war in Ukraine and block attempts to evade Western sanctions, a senior U.S. administration official said on Sunday.

Britain and the United States would announce the move on Sunday, followed by an official announcement on Tuesday, the official said.

“The president and other G7 leaders will continue to work to hold (Russian President Vladimir) Putin accountable. Today the U.S. and the U.K. are announcing that G7 leaders will ban imports of Russian gold. The official announcement will come on Tuesday,” the official said.

Whether you optimistically hope that mortgage rates will decline or are resigned that rates will stay elevated above the historic lows of 2021, you … END_OF_DOCUMENT_TOKEN_TO_BE_REPLACED

A resident of Nikopol, Ukraine, in her backyard last month, with smoke rising from an area on the opposite bank of the Dnipro River. Credit...David … END_OF_DOCUMENT_TOKEN_TO_BE_REPLACED