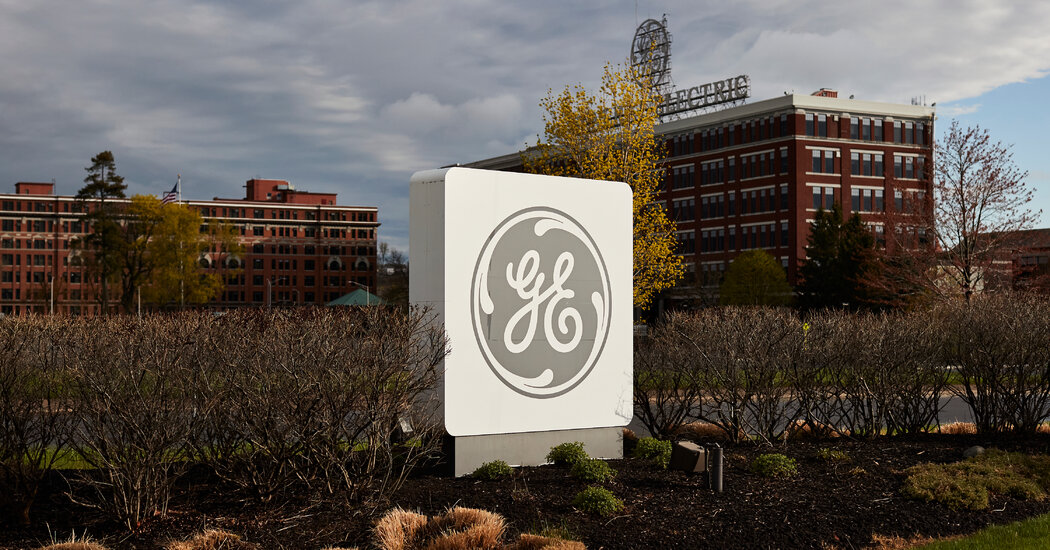 It was the quintessential American company, a corporate behemoth whose ambition matched the country’s.

Formed in 1892, General Electric reached into nearly every home over the next century. It sold light bulbs, televisions and washing machines. Its jet engines opened up long-distance travel, its generators lit houses, and its medical equipment helped diagnose patients.

Now G.E. is making a final break with its storied past, splitting itself into three businesses, a victim of the lingering effects of the 2008 financial crisis and a fast-growing economy less hospitable to global conglomerates.

On Tuesday, the company said it would spin off its health care division in early 2023 and its energy businesses a year later. That would leave its aviation unit as its remaining business.

Mr. Welch also built up a huge finance arm at G.E. The assumption was that G.E.’s managers were the best in the world, and there was easy money to be made on Wall Street.

The buildup backfired when the financial crisis hit in 2008, putting G.E. in a credit crunch. Its chief executive at the time, Jeffrey R. Immelt, moved to drastically pare back the big finance unit, GE Capital.

Other businesses hit hard times because of the financial crisis as well, and some Wall Street firms collapsed. But few outside of Wall Street are still paying a price like G.E. As the company scrambled to shed many of its troubled financial assets, its overextended power-generation business became a drag on the operation.

dropped from the blue-chip index. By the fall of that year, Mr. Flannery had been forced out, replaced by Mr. Culp, a former chief executive of Danaher, a more compact conglomerate that makes scientific, medical and automotive equipment.

Under Mr. Culp, the company has paid hundreds of millions of dollars to settle with the Securities and Exchange Commission over claims that it misled investors before his arrival. He has also accelerated cost-cutting at the company. G.E., which had more than 300,000 employees worldwide in 2014, now has 161,000 workers.

Mr. Culp on Tuesday described the breakup of the company as being in step with the times, as other industry conglomerates have streamlined. In the last few years, G.E.’s big German rival Siemens has spun off its health care and energy businesses. And Honeywell International, another wide-ranging industrial company, has sold off some operations.

Trian, the activist shareholder firm led by Nelson Peltz, have pressured the company to spin out or sell various businesses, and they cheered the move on Tuesday.

“Trian enthusiastically supports this important step in the transformation of G.E.,” a spokeswoman for Trian said.

Shares of G.E. climbed about 3 percent in trading on Tuesday.

The three new stand-alone companies will be sizable. The jet engine business had revenue of $22 billion last year. There are 36,000 G.E. engines on commercial airliners worldwide and 26,000 engines on military aircraft.

Its health care business had $17 billion in revenue last year, with four million of its imaging and other machines in use at hospitals and clinics around the world.

The new energy and power company will include wind turbines and gas-fueled power generators that produce about one-third of the world’s electricity.

Each of those businesses faces challenges — the aviation unit is emerging from the pandemic falloff in air travel, and the power business must adapt to the shift to alternative energy sources.

But each one, Mr. Culp insisted, would be a strong competitor in its respective market, “a simpler, stronger and more focused company,” easier to manage and easier for investors to understand.

It is a message very different from the G.E. of old.

AUSTIN, Texas--(BUSINESS WIRE)--As the first multifamily management company to be recognized in the Public Relations and Marketing Excellence Awards, … END_OF_DOCUMENT_TOKEN_TO_BE_REPLACED

There have been whispers of cooling housing and rental prices in the San Francisco Bay Area, but that hasn't yet translated into practical, noticeable … END_OF_DOCUMENT_TOKEN_TO_BE_REPLACED

Cars pass in Independence Square at twilight in Kyiv, Ukraine, Monday, Oct. 31, 2022. Rolling ... [+] blackouts are increasing across Ukraine as the … END_OF_DOCUMENT_TOKEN_TO_BE_REPLACED