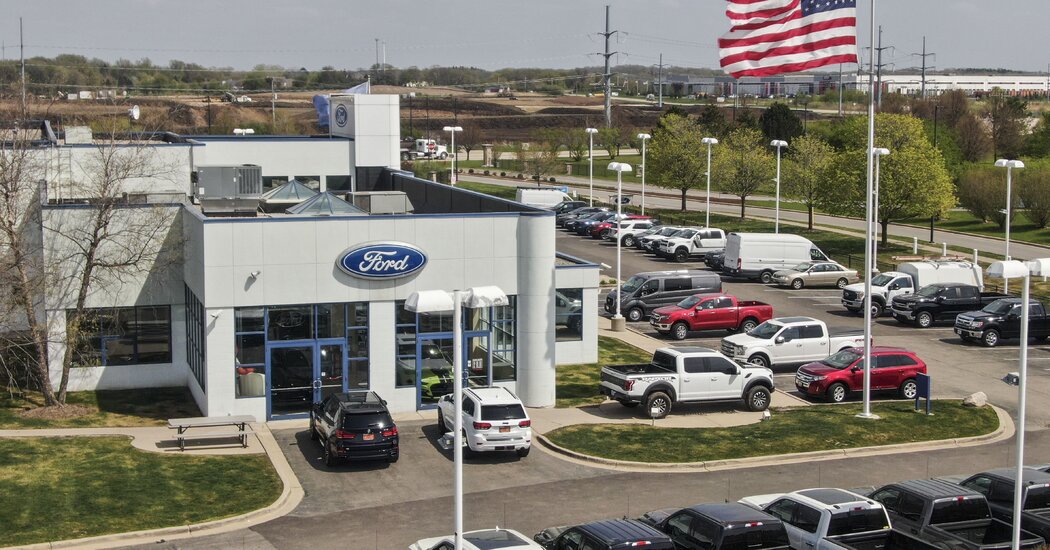 Ford Motor said on Wednesday that the global shortage of computer chips will take a greater toll on its business than previously expected and would likely cut its vehicle production in the second quarter by about half.

“The effects of the shortage have grown,” Ford’s chief financial officer, John Lawler, said during a conference call with reporters. “We now expect the semiconductor shortage to get worse and bottom out in the second quarter but continue to put pressure on our operating results in the second half of the year.”

The shortage was exacerbated in March by a fire at a plant owned by a Japanese electronics supplier, Renesas.

the ability to command higher prices helped Ford’s bottom line, as did lower warranty costs and a $900 million gain related to its stake in Rivian, an electric vehicle start-up.

While it hopes to be able to make up some of the lost production later in the year, Ford will likely produce 1.1 million fewer vehicles in 2021 than it had planned to, Mr. Lawler said.

Ford has been trying to streamline its operations and raise its profits for several years with modest success until now. In 2020, it named Mr. Farley to the top job, charging him with accelerating the turnaround.

The automaker has developed vehicles that could revitalize profits. It redesigned its F-150 pickup truck, the top-selling vehicle in the United States. It has also gotten strong reviews for a new Bronco sport-utility vehicle and the Mustang Mach E, an electric S.U.V. styled to resemble the company’s famous sports car.

But the chip shortage has crimped its plans. In the first three months of the year, Ford has had to pause or slow production at a variety of plants, including some that make the F-150, which generates a large chunk of its profits.

You were seeing double this week: A spectacular $54 million compound featuring two equally luxurious mansions separated by a private lake in Southwest … END_OF_DOCUMENT_TOKEN_TO_BE_REPLACED

Taylor Heinicke #4 of the Washington Football Team celebrates after defeating the Seattle Seahawks at FedExField on November 29, 2021 in Landover, … END_OF_DOCUMENT_TOKEN_TO_BE_REPLACED

Members of the Ukrainian Police force, Larisa, 31, and Roman, 30, get married at a wedding hall at an expo center in Kyiv, Ukraine, on … END_OF_DOCUMENT_TOKEN_TO_BE_REPLACED