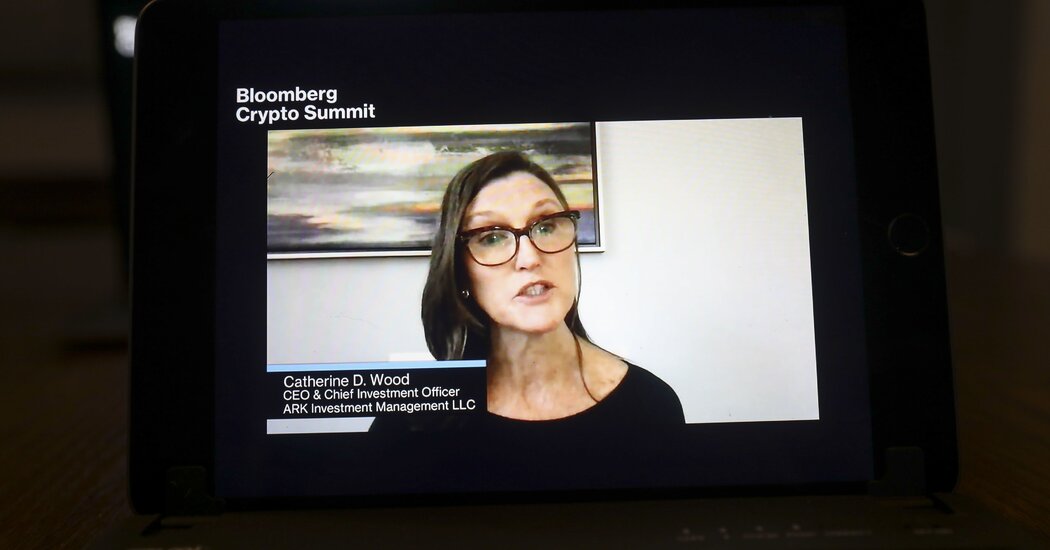 The first of four children of Irish immigrants, Ms. Wood spent much of her childhood on the move — her father was a radar technician for the Air Force — before the family settled in Culver City, Calif. She graduated from an all-girls Catholic school in 1974, and then attended the University of Southern California, majoring in business administration.

There she found a mentor in Arthur Laffer, one of the patron saints of supply-side economics, after she petitioned to be admitted to one of his graduate courses.

He found Ms. Wood to be an impressive student, unwilling, he said, to abandon any topic until she understood it completely.

“I’ve never seen anyone so thorough, so careful and so research-oriented in my life, which makes her quite self-confident,” he said.

Ms. Wood’s work ethic and voracious consumption of information are recurring themes among former co-workers. She often woke well before dawn to get one of the first trains to Grand Central Terminal each day, treating the nearly two-hour journey from Connecticut as a sort of perpetual cram session on rails.

In the days before smartphones, tablets and laptop computers, colleagues remembered her lugging bags laden with research reports into and out of the office each day.

Sig Segalas co-founded Jennison Associates, a New York money management shop where Ms. Wood worked from the early 1980s until 1998, first as an economist and then as an analyst and a fund manager. For many of those years, his office was next to hers, and he remembers her as typically one of the last people to leave the office each day.

Danny DeVito and Rhea Perlman have listed their cozy two-bedroom Los Angeles retreat for  $1.55 million.DeVito, who stars in "It's Always … END_OF_DOCUMENT_TOKEN_TO_BE_REPLACED