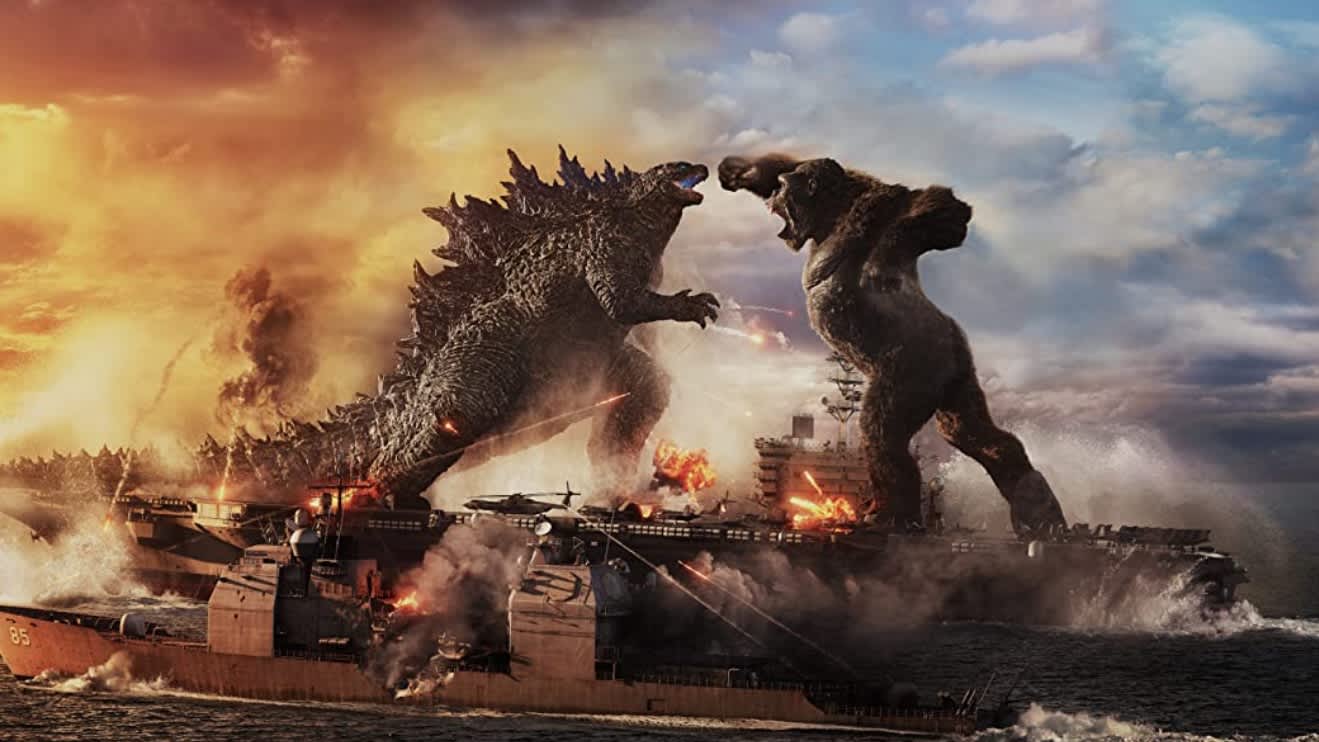 A still from Warner Bros.’ “Godzilla vs. Kong.”

“Godzilla vs. Kong” is headed for a monster opening weekend at the Chinese box office, which is welcome news for an industry battered by the Coronavirus pandemic.

According to early estimates, the flick, which pits two of cinemas most iconic monsters against each other, has already secured around $21.5 million during its opening day in the country.

The sequel is currently pacing just ahead of its predecessor “Godzilla: King of the Monsters,” which earned around $18 million in 2019 during its first day in theaters in China. It ultimately garnered $66.7 million for the full weekend.

The film is being released internationally this weekend, but will be available in North American theaters and on HBO Max on March 31. “Godzilla vs. Kong” will be on the streaming service for 31 days after its release and then transition to premium video on-demand.

“This film’s release is absolutely welcome news to the film industry, even with the streaming element in play domestically,” said Shawn Robbins, chief analyst at Boxoffice.com. “Overall, Asian markets have been strong drivers of this franchise’s box office prowess and China alone contributed roughly one-third of worldwide grosses on ‘Kong: Skull Island’ and ‘Godzilla: King of the Monsters.'”

Headed into the weekend, analysts were optimistic that “Godzilla vs. Kong” could deliver strong results in China. After all, the country is currently the box office leader for ticket sales in 2021 and has been a significant driver of ticket sales for the most recent Godzilla and King Kong films.

Between January 1 and March 21, China’s box office has tallied $2.64 billion in ticket sales, the most of any territory, according to data from Comscore.

Domestically, the film industry has been hit hard by the pandemic, leading to long-term closures of major theaters and the postponement of blockbuster films. Only recently did theaters in key cities like Los Angeles and New York City gain local permission to reopen.

With those theaters now open and a steady increase in vaccinations, the industry is hopeful that the box office will begin to rebound in the U.S. and Canada.

“As much of the world waits for theaters to reopen with more stability, and for vaccine implementation to continue boosting consumer sentiment, the film’s presence in Chinese cinemas right now easily represents one of the most important steps yet to occur with regard to the industry’s long-term global rebound,” Robbin said.

The Chinese box office has been accelerating for the last decade, threatening to overtake North America as the highest-grossing territory in the world. In 2012, China took in just $2.7 billion in ticket sales. By 2019, that number was up to $9.2 billion, just two billion behind North America.

Because of the pandemic, China overtook North American last year, garnering $3.1 billion compared to the $2.25 billion that was tallied domestically.

Notably, China’s strong ticket sales in 2021 are due to having more theaters open, higher audience capacity and more new films being released.

While theaters in the U.S. and Canada are operating at between 25% and 50% capacity, many theaters in China are permitted to open at 75% capacity. This allows them to generate a significantly higher amount at the box office each weekend.

“What the China market says to me is not necessarily that it is outperforming, but it’s performing the way that a market that is open and has movies should perform,” said Josh Grode, CEO of Legendary. “It’s a strong sign globally that people really like going out to movie theaters and enjoy a social experience.”

Legendary is the co-producer of “Godzilla vs. Kong” alongside Warner Bros. and has the distribution rights in China.

“There is something to be said about the shared experience.” Grode said. “Walking in, having the lights go down, screaming and yelling and being entertained and feeding off the energy of the person next to you.”

Audiences in China also gravitate towards premium ticketing for upgraded seating and screens, which cost more. IMAX, for example, has a massive presence in China and continues to grow the number of screens it operates in the region.

“For the right movie, there is a great appetite there, and a particular appetite for premium,” said Richard Gelfond, CEO of IMAX. “They want to see something in a really special way.”

Fast forward to 2019, when “Godzilla: King of the Monsters” was released, China represented 36% of the film’s global box officer with $137.6 million and North America accounted for 29% with $110.5 million in ticket sales.

“The iconic monster movie genre has had a particular resonance in the international marketplace for decades,” said Paul Dergarabedian, senior media analyst at Comscore. “China in particular has been an incredibly important source of revenue and fan-based enthusiasm for the franchise and has appropriately been the focus of marketing and distribution efforts for the film.”

“There is no denying that the sheer size and scale of the these two bigger than life characters dictates that the best way to see the film is on the largest possible screen available,” he said.

TOKYO — As he visits Washington this week, it would seem as if Prime Minister Yoshihide Suga of Japan could take a victory lap.Mr. Suga is the first … END_OF_DOCUMENT_TOKEN_TO_BE_REPLACED

On Tuesday, Mr. Biden spoke with President Vladimir V. Putin of Russia, warning Mr. Putin about the Russian troop buildup on Ukraine’s border and in … END_OF_DOCUMENT_TOKEN_TO_BE_REPLACED