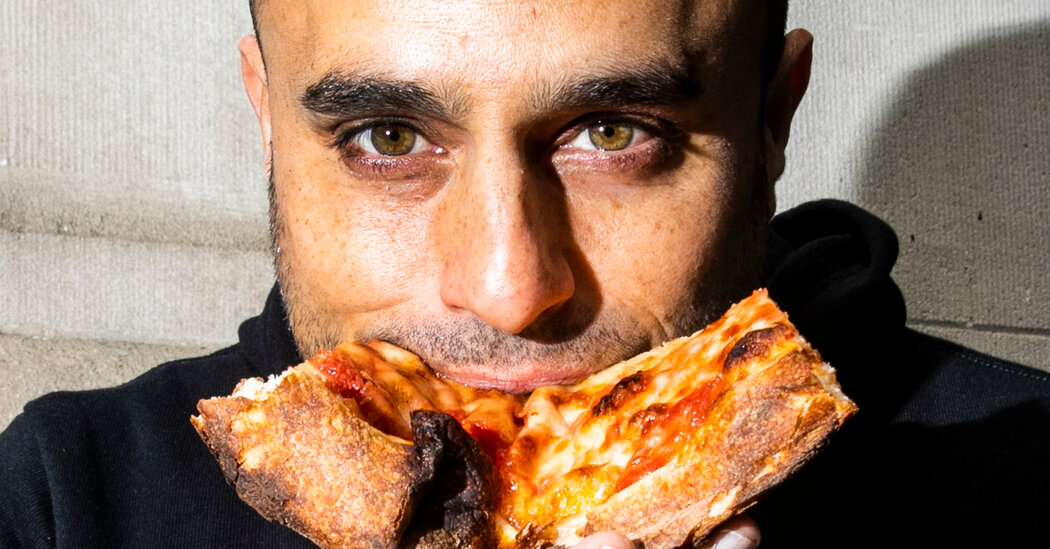 When the pandemic started last spring, Di Fara, one of New York City’s storied pizza joints, had the same question as countless restaurants nationwide: How would it make any money when customers weren’t allowed through its doors?

One answer quickly emerged: Ship frozen (and slightly smaller) versions of its classic pies across the country in partnership with the eight-year-old e-commerce platform Goldbelly.

Sales picked up so much that Di Fara converted its two-year-old second location, in a food hall, to essentially be a Goldbelly production line. Margaret Mieles, the daughter of Di Fara’s founder, who had already struck an agreement with Goldbelly in December 2019, credits the platform with helping the pizzeria avoid layoffs.

It isn’t just iconic pizzerias that have relied on Goldbelly to survive lockdown orders. More than 400 of the 850 restaurants that sell food on Goldbelly’s platform have joined since the start of the pandemic, an influx that the company says has more than quadrupled sales over the past 12 months.

Parkway Bakery & Tavern in New Orleans, recalled dodging calls from Goldbelly representatives pitching the platform for more than a year, before relenting in September 2019. Even then, he said in an interview, he would ship perhaps 15 boxes in any given week.

Then pandemic lockdowns devastated the restaurant industry. More than 110,000 restaurants nationwide had permanently closed by December, the National Restaurant Association estimated, and a survey it conducted found that sales in October had dropped from a year earlier for 87 percent of the full-service survivors.

Mr. Kennedy shut Parkway in March 2020. When he restarted the business several months later, he began by shipping its signature po’ boy sandwiches through Goldbelly. At the height of the pandemic, Parkway shipped around 200 orders a week, doing roughly the same business that it had done prepandemic — only now its customers included people far from New Orleans.

“We got customers from Alaska calling us, asking us what to do for leftovers,” Mr. Kennedy said. “These are customers we would never have had.”

Some restaurants seeking alternate sources of revenue during the pandemic turned to local delivery services; total orders on DoorDash’s platform in 2020, for instance, jumped roughly threefold from the previous year.

But like Mr. Kennedy, many also turned to Goldbelly to ship their pork shoulder dinners, bagel brunches and huckleberry cheesecakes to locations as far away as Hawaii. (Goldbelly doesn’t consider services like DoorDash to be rivals, since its food generally takes at least a day to arrive and requires cooking).

grilled eggplant parm — something that previously would never have been served at the Michelin-starred restaurant — in part because it would do well on Goldbelly.

Spectrum Equity, the investment firm that is leading the new financing round, reached out to Goldbelly last year as it saw how the company was able to connect local restaurants with a national audience.

“The pandemic has really accelerated trends that were already happening,” said Pete Jensen, a managing director at Spectrum, adding that Goldbelly’s growth has been “extraordinary.”

Mr. Ariel said the fresh capital — raised at an undisclosed valuation — would help Goldbelly expand further, including by hiring more staff and augmenting new offerings like livestreamed cooking classes with celebrity chefs, including Marcus Samuelsson and Daniel Boulud. The company is looking to have more than 1,000 restaurants on its platform by year-end.

The goal, Mr. Ariel said, is to make Goldbelly the biggest platform on which restaurants make money outside of in-person dining, while expanding their brands nationally.

Streetbird is on the Goldbelly platform.

But others, like Ms. Mieles of Di Fara, said they remained committed to the service. “I think, honestly, Goldbelly is here to stay,” she said.

AUSTIN, Texas--(BUSINESS WIRE)--As the first multifamily management company to be recognized in the Public Relations and Marketing Excellence Awards, … END_OF_DOCUMENT_TOKEN_TO_BE_REPLACED

There have been whispers of cooling housing and rental prices in the San Francisco Bay Area, but that hasn't yet translated into practical, noticeable … END_OF_DOCUMENT_TOKEN_TO_BE_REPLACED

Cars pass in Independence Square at twilight in Kyiv, Ukraine, Monday, Oct. 31, 2022. Rolling ... [+] blackouts are increasing across Ukraine as the … END_OF_DOCUMENT_TOKEN_TO_BE_REPLACED