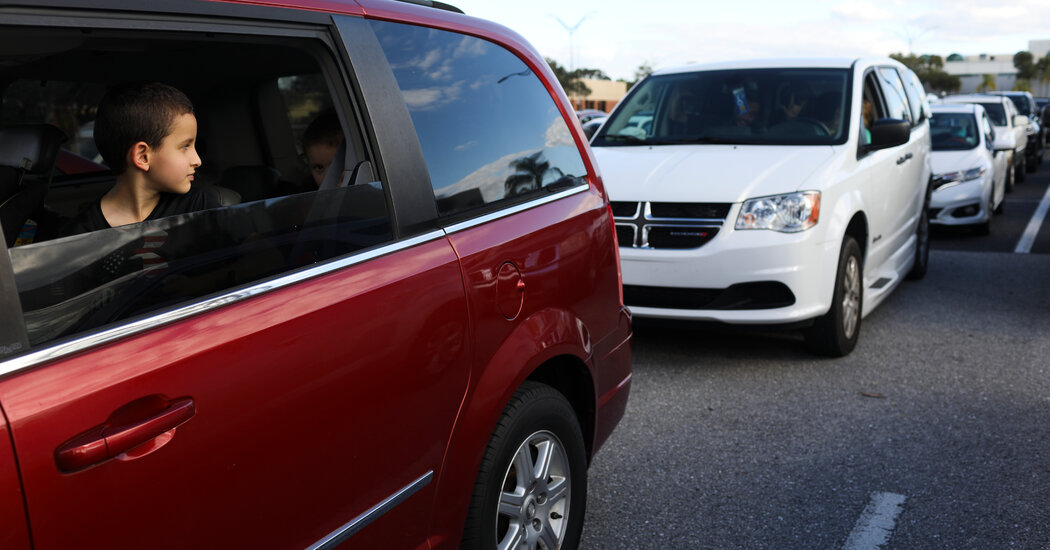 “A clear pattern from the survey is that financial challenges in 2020 were uneven, and frequently left those who entered the year with fewer resources further behind,” according to the Fed’s annual Economic Well-Being of U.S. Households report.

The divergences arose even as Congress and the White House rolled out an enormous spending response meant to keep families financially afloat during a trying period. The data provide evidence that those programs helped — but they did not totally ameliorate the damage for vulnerable households.

The Fed’s online survey, which traces the experiences of U.S. adults older than 18, found that nearly a quarter of respondents said they were worse off financially compared with a year earlier — up from 14 percent in 2019. That came as job losses swept the nation, with roughly one in seven adults reporting that they experienced a layoff at some point in 2020.

“People who kept their jobs during the pandemic generally had stable or improving finances in 2020,” the report said. “However, those who suffered a layoff and an extended period of unemployment saw a deterioration of their financial circumstances.”

Less than a quarter of those who lost jobs had returned to their old positions by late in the year, even though more than 80 percent of laid-off workers had said in April 2020 that they expected to get their jobs back, the survey said.

The economic cost inflicted by state and local lockdowns, while widespread, was far from even. The share of households who reported doing “at least OK financially” held steady over all, but the gap between those with a bachelor’s degree reporting financial comfort and those with less than a high school diploma widened sharply last year — increasing 44 percentage points in 2020 from 34 percentage points in 2019. That happened as the pandemic shuttered service providers like restaurants and shopping malls, costing jobs that require less formal education.

Disparities also played out along racial lines. Black and Hispanic families were far less likely than white and Asian households to report coping financially, the survey showed. Under two-thirds of Black and Hispanic adults said they were doing “at least OK,” versus 80 percent of white adults and 84 percent of Asian adults.

A large share of households took advantage of government relief in 2020. As Congress expanded eligibility and enhanced the generosity of benefits for those experiencing job loss, the report found that 14 percent of adults said they had received unemployment income, up from 2 percent in 2019.

The report said that “many aspects of government stimulus measures” appear “to have blunted the negative financial effects of the pandemic for many families.”

AUSTIN, Texas--(BUSINESS WIRE)--As the first multifamily management company to be recognized in the Public Relations and Marketing Excellence Awards, … END_OF_DOCUMENT_TOKEN_TO_BE_REPLACED

There have been whispers of cooling housing and rental prices in the San Francisco Bay Area, but that hasn't yet translated into practical, noticeable … END_OF_DOCUMENT_TOKEN_TO_BE_REPLACED

Cars pass in Independence Square at twilight in Kyiv, Ukraine, Monday, Oct. 31, 2022. Rolling ... [+] blackouts are increasing across Ukraine as the … END_OF_DOCUMENT_TOKEN_TO_BE_REPLACED